The effective potential on the other hand is always positive making it repulsive (energy gets smaller for large $r$). Specifically if you get close to the origin, $r\to 0$ the centripetal potential $V_\mathrm{centripetal}\to +\infty$. In physics, systems tend to minimize their energy, so a position where the potential energy is very large is not attractive for the system and you can say that the centripetal potential is "keeping the wave function away from the origin".

In a classical mechanics analogy, a potential like this would result in a force $F=-\frac{dV}{dr}>0$, i.e. a force which is positive, pushing the "particle" away from the origin. 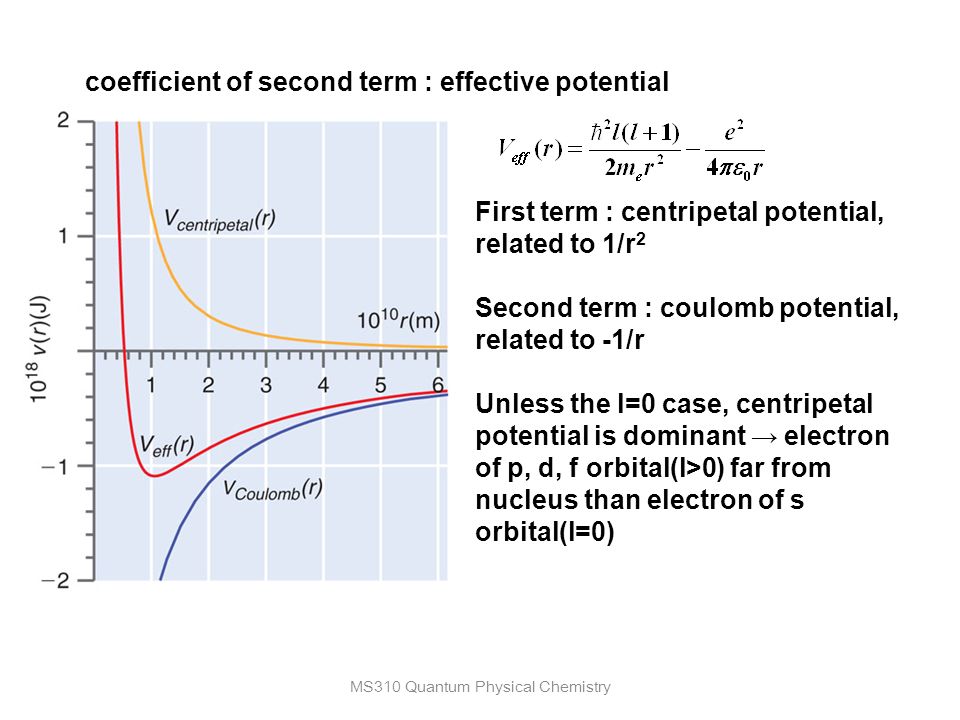 7
Hydrogen radial wave function infinity at $r=0$
3
Solving quantum radial equation for infinite potential spherical annulus for $l=0$
8
Is there only radial motion in the Hydrogen ground state?
4
Why do we use the Coulomb potential for the hydrogen atom?
0
How to show that $\lim_{r\to0} U(r)=0$ in the radial differential equation?
1
Definition of energy levels of a hydrogen atom
11
Hydrogen atom, what's the wave equation for the atom's nucleus?
1
Two dimensional hydrogen atom