How long, and where, can you stay dry under an idealized tree when rain is falling, and there is no wind?

Imagine, when no wind is blowing, rain is falling on an ideal tree: It has a one-dimensional vertical rigid trunk with one-dimensional single rigid branches perpendicular to the trunk (see picture 1, the side view) with spherical leaves such that in the upper part of the tree four of them can be put to the trunk just touching each other (see picture 2, the upper view). Without rain, the leaves are in horizontal position but they can rotate downward around the point of attachment to the branches when it rains. Each leave has a mass $m_{leave}$, and a "spring constant" $k_{leave}$, which tries to pull it back in horizontal position when rotating.

Suppose the tree is formed as in picture 1 and has eight layers of branches. Each layer consists of four perpendicular branches (see picture two, the upper view). From the top, each layer of branches is rotated such that the leaves from the layer above touch the leaves that are in the same position (see picture 3). The leaves have friction with the rain (otherwise, no energy could be transmitted to the leaves).

When it's not raining, seen from above, you can't see through the leaves and see part of the ground the tree is standing on.

I think it's a very difficult problem, but if the rain [carrying a moment density of $\rho(\frac{kg}{(sec)(m)^2})$] increases, does it stay dry under the tree, and if so, where? 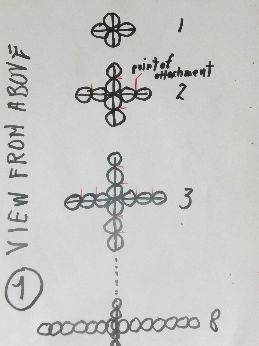 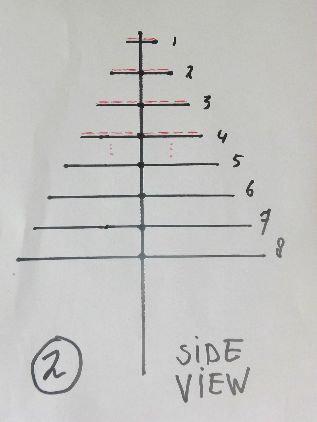 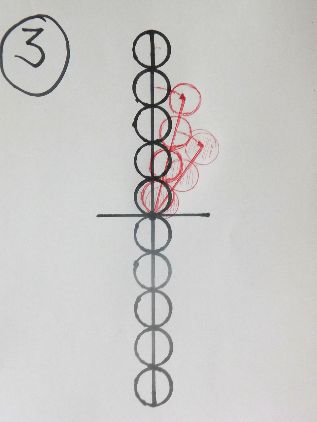 Pardon me for the "smart aleck" answer, but the question as stated has some problems. I'll address the most serious problem, and "leave" the others out (pun intended).

The most serious problem is that the question, as stated, is modeling leaves as some kind of torsional spring and says nothing as to whether the torsional-leaf-spring is frictionless or not. There are two cases here to address: either the leaf-spring has friction or it does not.

a.) If the leaf-spring(s) have some friction, then some kind of frictional constant has to be given. Or at the very least, some kind of threshold has to be given that would indicate at what point a water droplet would roll off the leaf. Since no such parameter is given, the question is incomplete if there is any kind of friction or viscosity involved.

b.) If the leaf-spring(s) are frictionless, and there is no capillary attraction (fluid friction) between the raindrops and the leaf, then any amount of rainfall above zero will make its way to the bottom of the tree as soon as rainfall at any level begins. This leads to the vacuous answer of "the tree cannot possibly keep anything dry underneath it". Put another way, even the slightest dm of rainfall landing on any leaf for any amount of time would be a pencil-standing-on-its-point situation.

Sorry for such a cop-out, but the way I see it, there simply is not enough information given (disregarding how overly idealized the problem is in the first place).

Not the answer you're looking for? Browse other questions tagged classical-mechanics kinematics water or ask your own question.

9
Should you run when under rain?
4
If a pendulum is on a rotating table, will a torque be generated?
6
How come a whistling kettle starts whistling only when water boils, and not long before - due to hot air escaping under pressure?
6
Movement of a cylinder filled with water
1
Configuration manifold of a rigid body
0
How long can water hold elevated pressure and energy after opening pressure cooker lid?
2
How are these marbles being accelerated?
2
Why water clouds don't fall when there is strong wind and no updraft?
1
When can you simplify partition function and Hamiltonian for a classical fluid?