What are example of volumetrically distributed charges?

Some weeks ago I started an endeavour to (re)study physics on my own, I'm now focused on electrostatics where several examples of bodies with volumetrically distributed charges are given but I'm stuck with finding some example in the real world of such bodies.

Conductors for example behave in such a way that they redistribute the excess of charge on a thin layer right on the surface of the body thus behaving much like an empty shell with a charge distributed on the surface (is this correct?).

Now, can you give me some real example of charges distributed inside the volume of a body?

The only example that comes to my mind is the nucleus of the atom where the proton are distributed inside the nucleus toghether with the neutron.

Could you give me some "macro" example if any exist?

No charge can reside inside a conductor, but only on the surface of the conductor.

An atom actually have no clear boundary so there is no "inside" it, and "outside" it.

You are correct in that excess charge on conductors will reside on the surface but insulators can have excess charges distributed throughout their volume. This isn't common because, of course, it takes some effort to get the charge through the insulator into place.

The one example I have see of this is a Lichtenberg figure which is produced by starting with a uncharged block of acrylic an injecting electrons into by means of some sort of accelerator operating in the range of millions of volts. Electrons can be injected to a depth of several centimetres sometimes from various sides and angles to achieve deep dielectric charging.

Once the acrylic is charged almost to the point of breakdown it is the poked or struck with a pointed metal implement. This increase the electric field at that point which results in an avalanche breakdown and can produce a spectacular tree like pattern. See CapturedLightning.com for a more complete description. 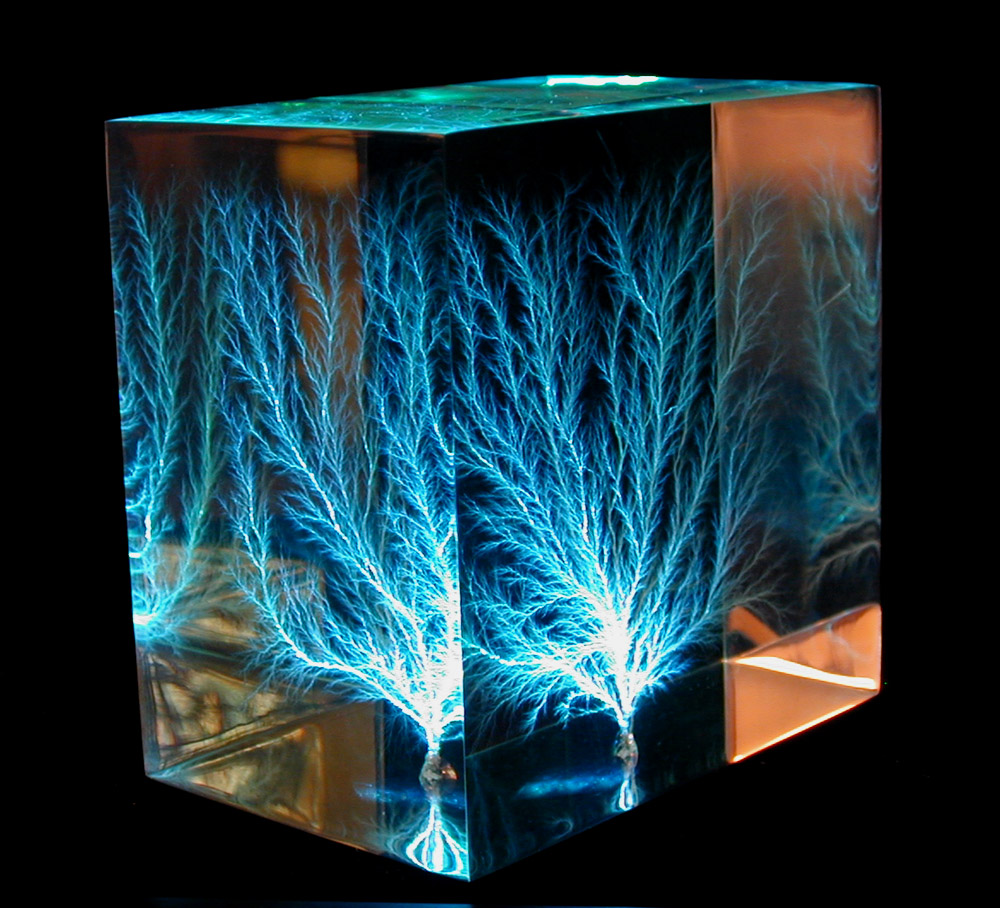 Not the answer you're looking for? Browse other questions tagged electrostatics charge or ask your own question.

1
Distribution of charge on a hollow metal sphere
3
How are excess charges distributed over non-spherical conductors?
5
Conductors and their charge?
1
1 charge at the center and many uniformly distributed on the surface of a perfect ideal conducting solid sphere
0
Image charges and capacitors?
2
Why are excess charges in a conductor at the surface?
1
Distribution of charges on the surface of a charged conductor
1
Why is there electric field inside conductor in between shells if inner shell is charged?