Reading about Young's double slit experiment for electrons, it is stated that the diffraction pattern is observed when both slits are open but not for a single slit (I suppose this is equivalent to there being no diffraction pattern when an observer is placed to measure which slit the electron passes through).

And yet a diffraction pattern is observed for light passing through a single slit. I have not read about this being observed for electrons. Why is this so? I would think that the wave functions describing all matter particles are of the same form and would behave in the same way. I did think that perhaps it had to do with not being able to create small enough slits to observe the electron diffraction pattern, but that cannot be true because the spacing of fringes for two slits and one wide slit is the same if the distance between slits is the same as the width of the single slit. So if we can create small enough slits to space them d apart, then surely we can create a single slit of width d?

After a long search with variations, I got a PDF of the recent paper on single slit interference of electrons. From the abstract:

We have performed this experiment with one slit, instead of two, where ballistic electrons within two-dimensional electron gas diffract through a small orifice formed by a quantum point contact (QPC). As the QPC width is comparable to the electron wavelength, the observed intensity profile is further modulated by the transverse waveguide modes present at the injector QPC.

the paper itself is here 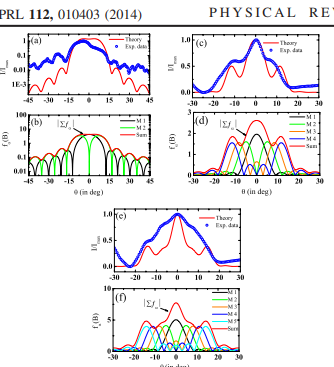 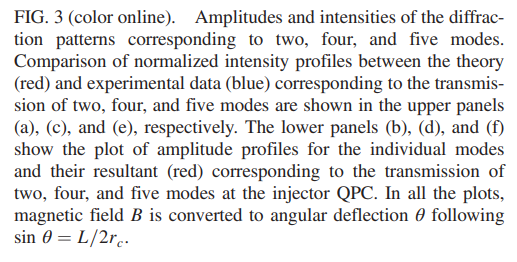 The complexity is due to the fact they are also checking for the Aharonof Bohm phases, and the paper needs careful reading, but the figures do show diffraction from single slit.

If you are able to create a single slit whose width is of the order of the de Broglie wave-length of a beam of electrons, then you should observe an intereference pattern.

Not the answer you're looking for? Browse other questions tagged quantum-mechanics interference diffraction wave-particle-duality wavelength or ask your own question.

7
Does a particle interact with walls of a slit?
0
Are there any event (whether micro or macro) with only one possible outcome?