Why does the surface of liquid rise due to surface tension?

A liquid drop near the surface of a solid experiences a force from the liquid interior molecules as well as due to solid molecules near the liquid-solid interface. Forces due to gravity and air are neglected. 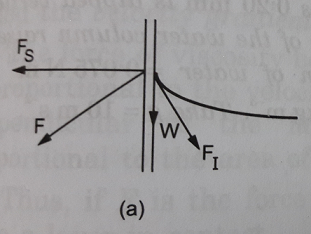 But I think that if the liquid has to rise upwards, there must a component of force in the upward direction initially to pull the liquid upwards and I don't see any.

The diagram that you have provided can be used to measure the angle of contact of the fluid with the interface but you are trying to relate it with a phenomenon that is caused primarily due to surface tension which is a different concept.

This force causes the liquid to rise 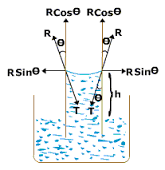 Not the answer you're looking for? Browse other questions tagged surface-tension fluid-statics or ask your own question.