It's instructive to think of the inverse of resistance: the conductivity. This tells you "how many electrons (how much current) per unit time" a particular conductor can transport, given a voltage.

As the area increases, resistance decreases. If you double the area, the resistance gets halved. This is obvious as increasing area would mean lesser congestion. 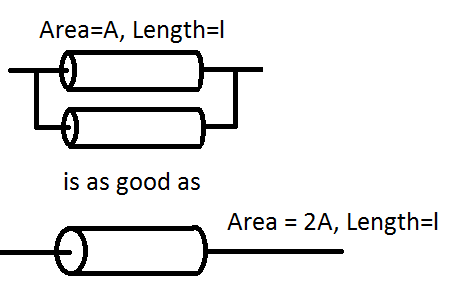 If you connect two identical resistors in parallel, the current flowing would see it as a resistor with twice the area.