Why is a current induced as a wire perpendicularly traverses a uniform magnetic field?

The magnitude of an induced E.M.F, according to Faraday's law, is proportional to the rate of change of magnetic flux linkage.

As the field is uniform, the field strength, or magnetic flux density, is identical throughout; with this lack of a change in flux linkage, why is a voltage still induced?

Is it due to the fact that although the magnitude stays constant, the actual linkage is changing, due to a change in location? What would this change in flux linkage be if the magnitude of magnetic flux density is the same?..

When a charged particle is moving in a magnetic field, a force known as the Lorentz force acts on the particle. The magnitude and the direction of the force are given by the following equation:

Consider a piece of conducting wire. The conducting wire consists of freely moving electrons which experience a force in the presence of a magnetic field. However, there won't be any force acting on the wire as a whole as the electrons are moving in random directions and the net force adds up to zero.

When you move the wire in a particular direction, the vector sum of the direction of motion of the electrons in the conductor adds up to give a finite value. Hence, when you sum the forces up vectorially, you get a net force.

This causes the electrons to move in a particular direction which in turn results in a separation of charge as shown in the diagram. 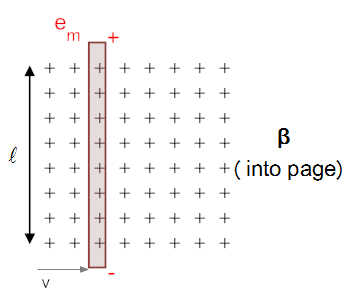 This establishes an electric field along the wire which prevents recombination of the charges. Hence, there exists an E.M.F along the wire.

When you complete the circuit by joining wires at the ends of the rod, the electric field which was preventing the charges from recombining drives a current in the circuit.

I drew a new sketch and added some flux lines. I assumed that the "U" shaped part that holds the magnets is something made of iron, so the flux lines will travel through it.

The coil is placed horizontally and is moved downward. I drew the flux lines that get linked with the loop in a red colour.

As I hope will be clear from the sketch, more and more flux lines get coupled with the loop as it moves down, so a voltage will be induced as the total flux through the coil changes.

(The same voltage could also be calculated using the lorentz force.) 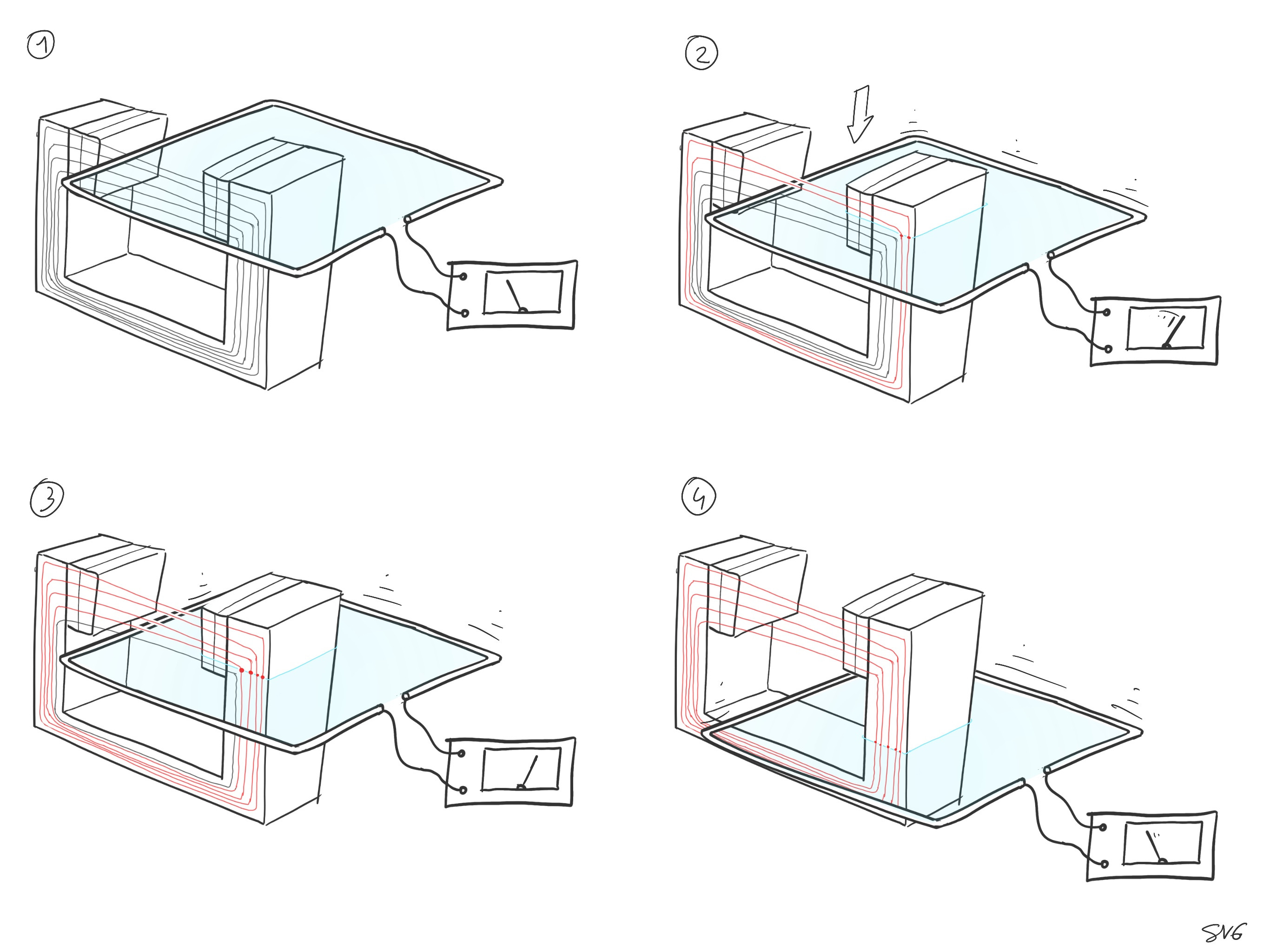 Not the answer you're looking for? Browse other questions tagged magnetic-fields electromagnetic-induction or ask your own question.