When does the fermi-surface fit into the first brillouin zone?

You can understand this in the following oversimplified model. Let us consider periodic 1D chain of $N$ atoms with lattice constant $a$. Brillouin zone boundaries are located then at $\pm n\pi/a$. Let us consider three configurations:

The general idea is that 2 electrons would fill one band completely and others can stay either in the first, or in the second BZ. It does not mean, that 3 valence electrons must lead to the Fermi surface protracting to the 2nd BZ. In fact, if you rotate p-orbitals in this model 45 degrees, then you will end up with the single band, where each level is degenerate not only in spin, but also in angular momentum. In this case all 3 electrons will stay in the 1st BZ.

Real band structures are quite complicated due to many factors involved, and for complex materials it often occurs that Fermi surfaces touch the BZ boundaries. 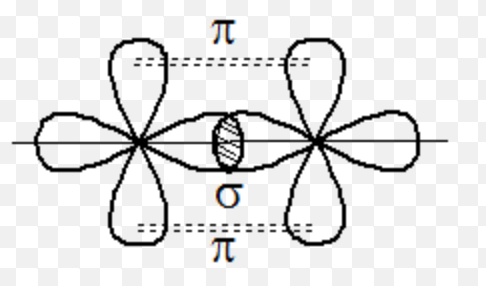 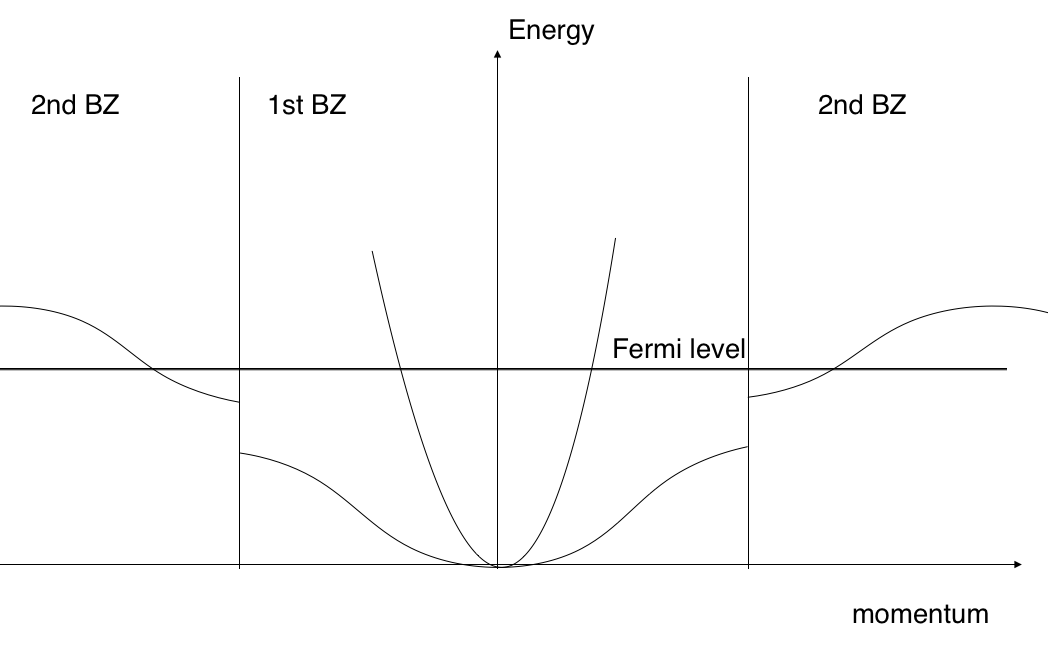 Not the answer you're looking for? Browse other questions tagged solid-state-physics fermi-energy or ask your own question.

6
What does the Fermi Energy really signify in a Semiconductor?
1
The Fermi Surface of the Free Electron Model for T>0K
3
Size of the fermi surface of hole and electrons
2
Show that the Fermi surface is perpendicular to the Brillouin zone boundary in the nearly free electron approximation
1
Does an insulator always contain the Fermi surface in the 1st BZ
2
Loss of Momentum Information when Folding Bands into First Brillouin Zone?
0
Why only the electrons around the Fermi energy gain energy when a material is heated?