Why a single-sheet graphene has optical phonon mode? 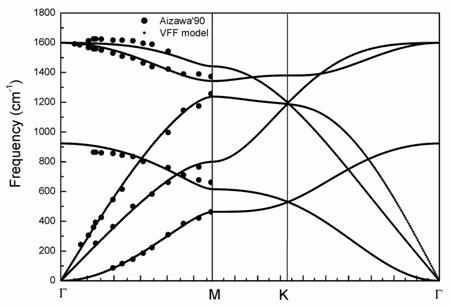 My understanding for optical phonon mode is that it requires atomic configurations for two atomic basis with opposite charges so that it can respond to electric field. However, I don't think it is the case for a single sheet phonon which only has one type of atoms.

What matters to have optical phonon is to have at least 2 atoms per unit cell of the lattice. Whether both atoms are identical or not is not relevant.

In graphene, the honeycomb structure is quite misleading and all carbon atoms are not equivalent. The proper description of such a lattice is actually to consider a triangular lattice with a unit cell composed of two atoms (see below). Hence the existence of out of phase movements of the lattice, ie optical phonon. 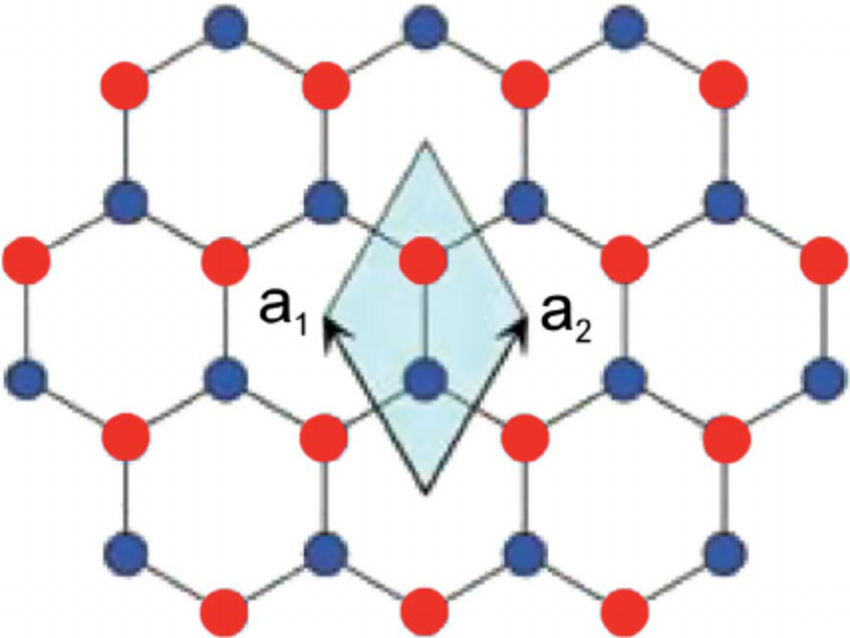 In the monolayer graphene, each unit cell contains two atoms and the optical phonon corresponds to the mode that the two atoms oscillate relative each other.

Not the answer you're looking for? Browse other questions tagged condensed-matter solid-state-physics graphene phonons or ask your own question.

2
What does a 'complex displacement' of phonon mode mean?
2
Phonon spectrum
0
How many types of phonons are there, and what are their characteristics?
4
Are acoustic phonons always the lowest energy vibrational modes in solids?
0
Lattice vibrations in one-dimensional monatomic crystals vs. diatomic crystals
2
Picturing Phonons
0
Phonons and Modes
1
Standing wave and optical mode in a crystal