The 2 Forces on the Conductor having induced Motional EMF

Ok, a conductor PQ is placed on a U-shaped conducting rails situated in a magnetic field, B directed inside the plane of paper. When it is moved to left with velocity ,v, the free electrons will experience a Lorentz Magnetic Force,

F = qvB where q,v=Charge and velocity of the free elctrons

Now the force on the movable arm PQ is given by

This force, F' will act to the opposite direction of velocity, v.Hence same amount of external work is needed to be done to move the arm to left(as ler Fleming's Left Hand Rule).

Now, the question is that in general, the force ILBsin(theta) is derivable from the force, qvB and I think both are magnetic Lorentz force. Also, generally, both the forces have same direction.

But here in this case both the forces have different direction. Do both are different.If yes, how?

If both the forces here are same then, how could that be possible? 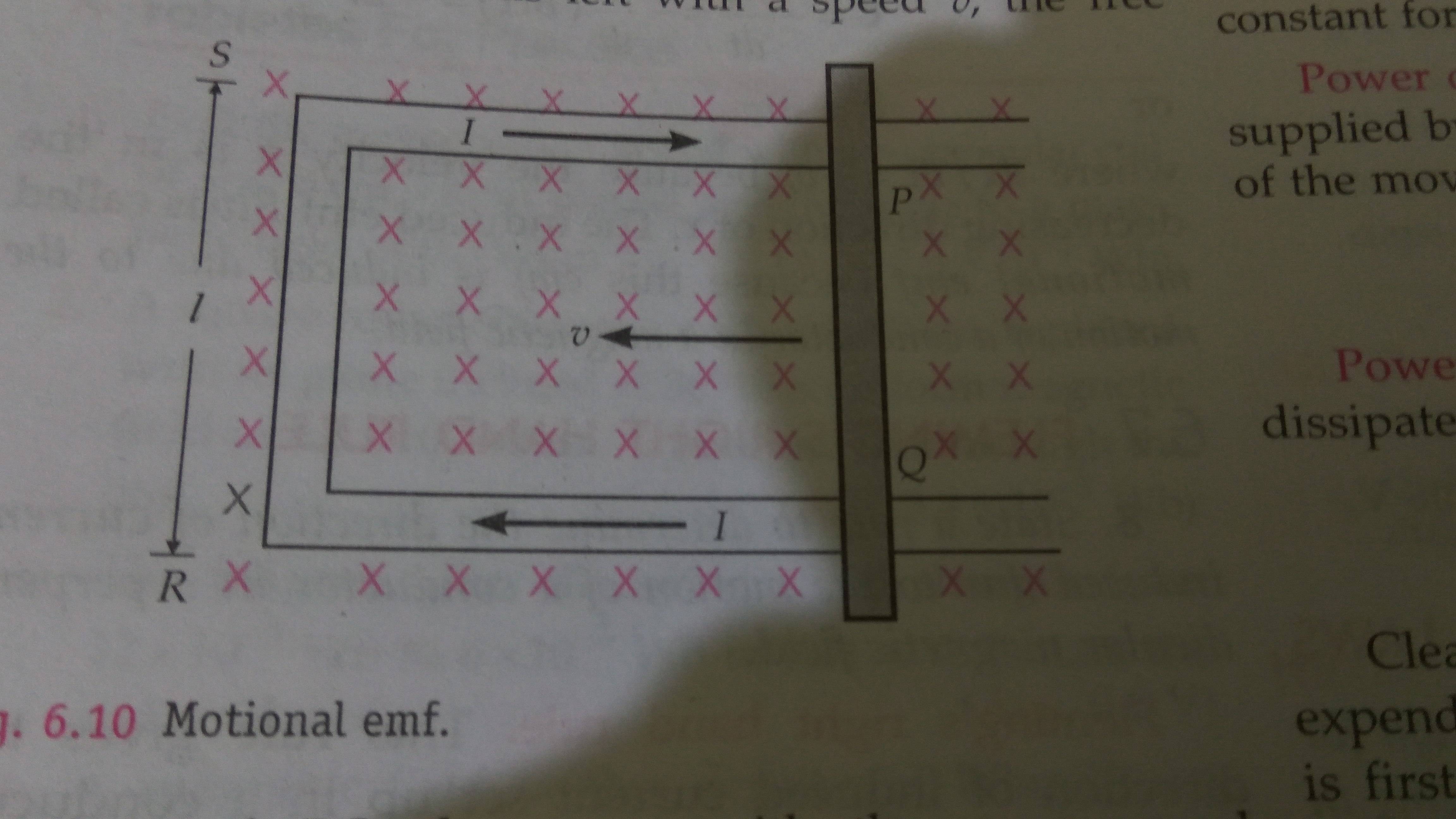 Because a conductor $PQ$ containing mobile charges $q$ is moving with a speed $v$ at right angles to an magnetic field $B$ the mobile charges have a force exerted on them along the conductor in the direction from $P$ to $Q$ if the mobile carriers are positive and in the opposite direction if the mobile carriers are negative. The charges in that conductor move under the influence of that force and since there is a complete circuit an induced (conventional) current $I$ flows in the circuit and through the conductor from $P$ to $Q$.

The conductor $PQ$ having a current passing $I$ passing through it in a magnetic field $B$ at right angles to the current has a force on it in the opposite direction to that in which it is moving, ie in the oppose direction to $\vec v$, to the right.
So to keep that conductor moving an external force to the left must be applied on the conductor.
This is Lenz's law in action.
The direction of the induced current is such as to oppose the motion producing it which in this case is conductor $PQ$ moving to the left.

Not the answer you're looking for? Browse other questions tagged electromagnetism forces magnetic-fields voltage electromagnetic-induction or ask your own question.

1
Direction of induced EMF(and current) and Lorentz force direction?
3
About Right-Hand-Rule and Cross Projuct
1
Motional EMF and forces on negative charges
1
Faraday's law or Lorenz force
0
Finding the induced current in a loop and force acting on the conductor
2
Confusion about induced emf vs motional emf
1
Why does Fleming's right hand rule work?
1
Lenz's law and the motor effect
0
Why is the direction of current in a wire different depending on if a force induced a current or a current induced a force?