What is an induced electric field?

Talking of "induced" fields is, again, yet more bad terminology and language that conveys a misleading notion - here, an impression of a kind of "causality" of one field upon the other - that is not part of our generally-used physical model.

The reason for this is that the electric and magnetic field are really one single mathematical entity, and the Maxwell's equations describe how that single entity changes. That's why you talk of an "electromagnetic field". Situations where you have, say, a dancing magnet, produce an electromagnetic field that has both an electric and a magnetic component, while if the magnet is stationary, it has only the magnetic component. This is most naturally expressed in the fully-relativistic formulation using the vector four-potential $^{(4)}\mathbf{A}$ (usually called by its components, $A^\mu$), which elegantly and seamlessly integrates the two fields. This is the truly "fundamental" entity. 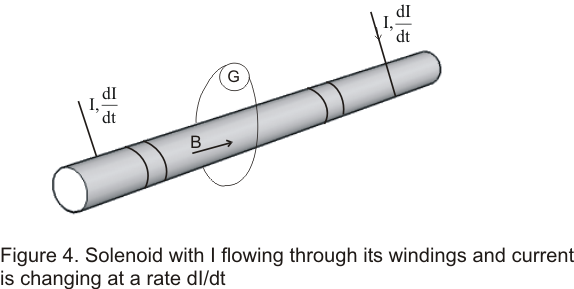 Current I through the solenoid sets up a magnetic field B along its axis and a magnetic flux Φ passes through the surface bounded by the loop. Since charges are at rest (v=0) so magnetic forces Fm=q(v X B) cannot set the charges to motion.Hence induced current in the loop appears because of the presence of an electric field E in the loop.It is this electric field E which is responsible for the induced emf and hence for the current flowing in a fixed loop placed in a magnetic field varying with time. using faraday's law

From equation (10) we see that line integral of electric field induced by varying magnetic field differs from zero.This means we can not define a electrostatic potential corresponding to this field.