Directionality of sound depending on emitter size and wavelength

I'm a biologist who has been having trouble with the above concept; I searched this forum and found some info from the speaker/audio perspective but I'm interested in animal emitters so I'm not sure how similar the concepts are.

First, based on Jakobsen et al. (2013) who quote older work I haven't gotten copies of yet (which the authors say is based on piston/baffle type models, so potentially the same assumptions which go into speaker design), the directionality of a sound beam will increase with sound frequency and with emitter size (larger bats assumed to have larger emitters; wavelength info at bottom). This means that to maintain a beam of given directionality (in black), a smaller bat will have to use higher frequencies. 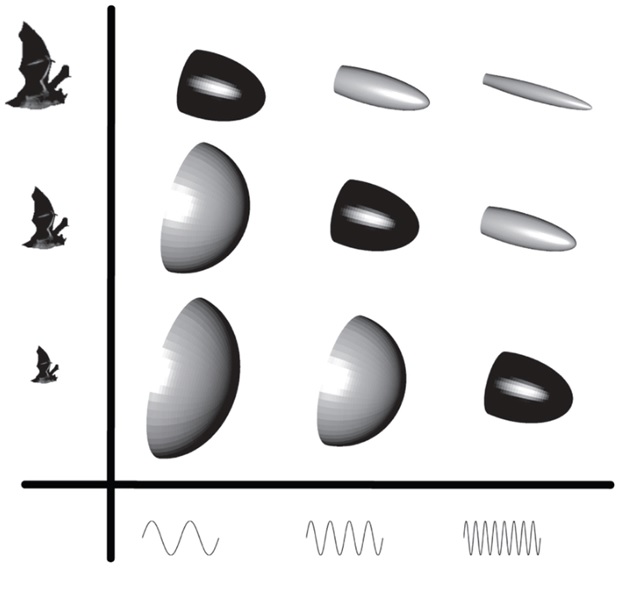 I should clarify that by 'increased directionality' I mean a narrower sound beam. I have seen on speaker acoustics sites that the same term often means 'a wider beam' (reaching more of the room/audience).

Anyway, no explanation was provided as to why this is true. At first it seemed counterintuitive that a larger emitter would be more directional, but after looking at diffraction animations I got from similar questions at this site, I think it's because the size of the emitter needs to be considered relative to the wavelenth of the emitted frequency: 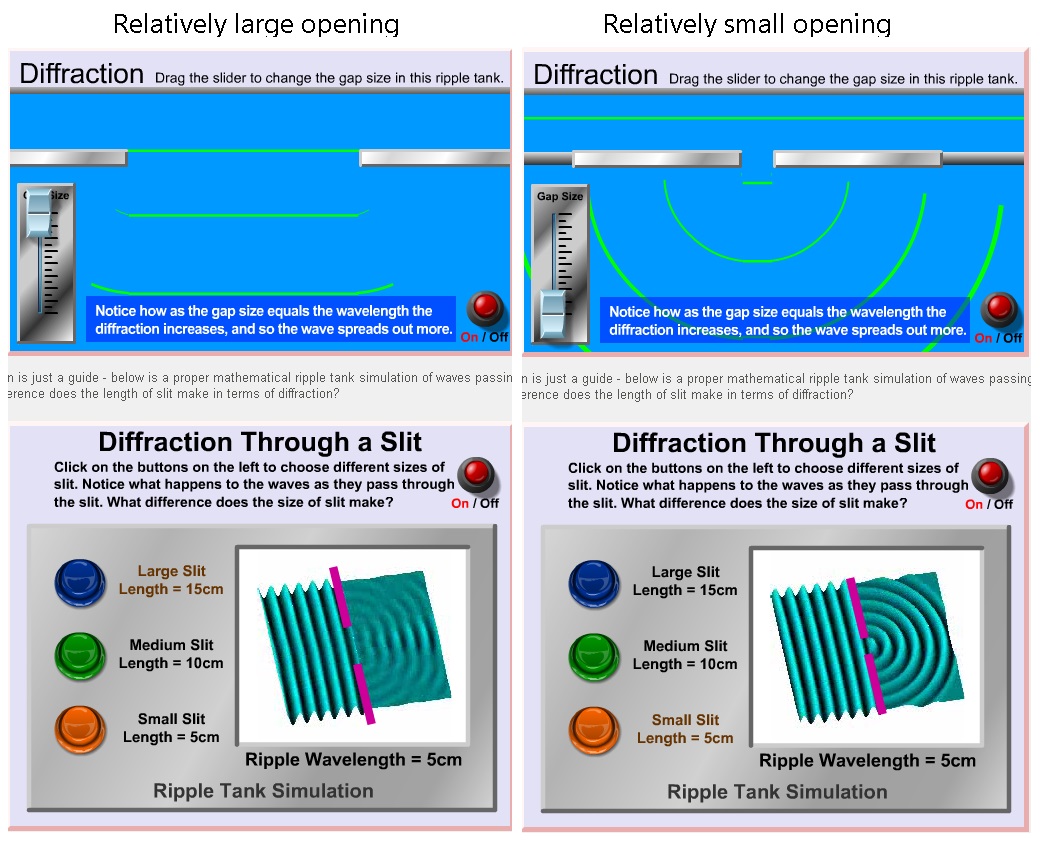 Is this a correct interpretation, or have I missed something? Any clarifications very much appreciated.

EDIT: I know about Huygen's principle, but admittedly have difficulty with it. If I imagine many points in a slit all emitting circularly, the emitters at the ends of the slit still aren't summing with waves from other point emitters at the end-side, and this is the case regardless of the size of the slit. But perhaps, since there are more point emitters in a larger slit, that means more energy is moving forward in the summed straight wave, and therefore the increased directionality is also due to greater power?

Your argument is correct, though the bat presumably emits sound through an orifice, i.e. a 2D surface, rather than a slit. However the sound diffracts in basically the same was as for a slit.

If we make the usual physicists assumption that everything is spherical, or in this case a circular disk, the diffraction pattern created by a circular orifice is an Airy disk. If we take the first minimum to give the radius of the beam of sound then the half-angle of the beam is given by:

where $\lambda$ is the wavelength and $d$ is the diameter of the orifice.

Not the answer you're looking for? Browse other questions tagged acoustics diffraction or ask your own question.

0
Does frequency determine the directionality of waves?

10
Fresnel distance and Geometrical limit
16
Relationship between slit size and wavelength in diffraction
3
Using sinusoids to represent sound waves
3
How does a non-diffracting beam form from a converging ring of illumination?
2
Sound attenuation when holes size less than wavelength
2
Sound waves: frequency, speed, and wavelength
1
Moving sound sources and wavelength
5
Why size of the reflecting surface must be greater than the wavelength of sound wave?