Will a positive test charge placed at point A move along the electric field line (i.e curved path ) or go straight in the direction of tangent at point A? 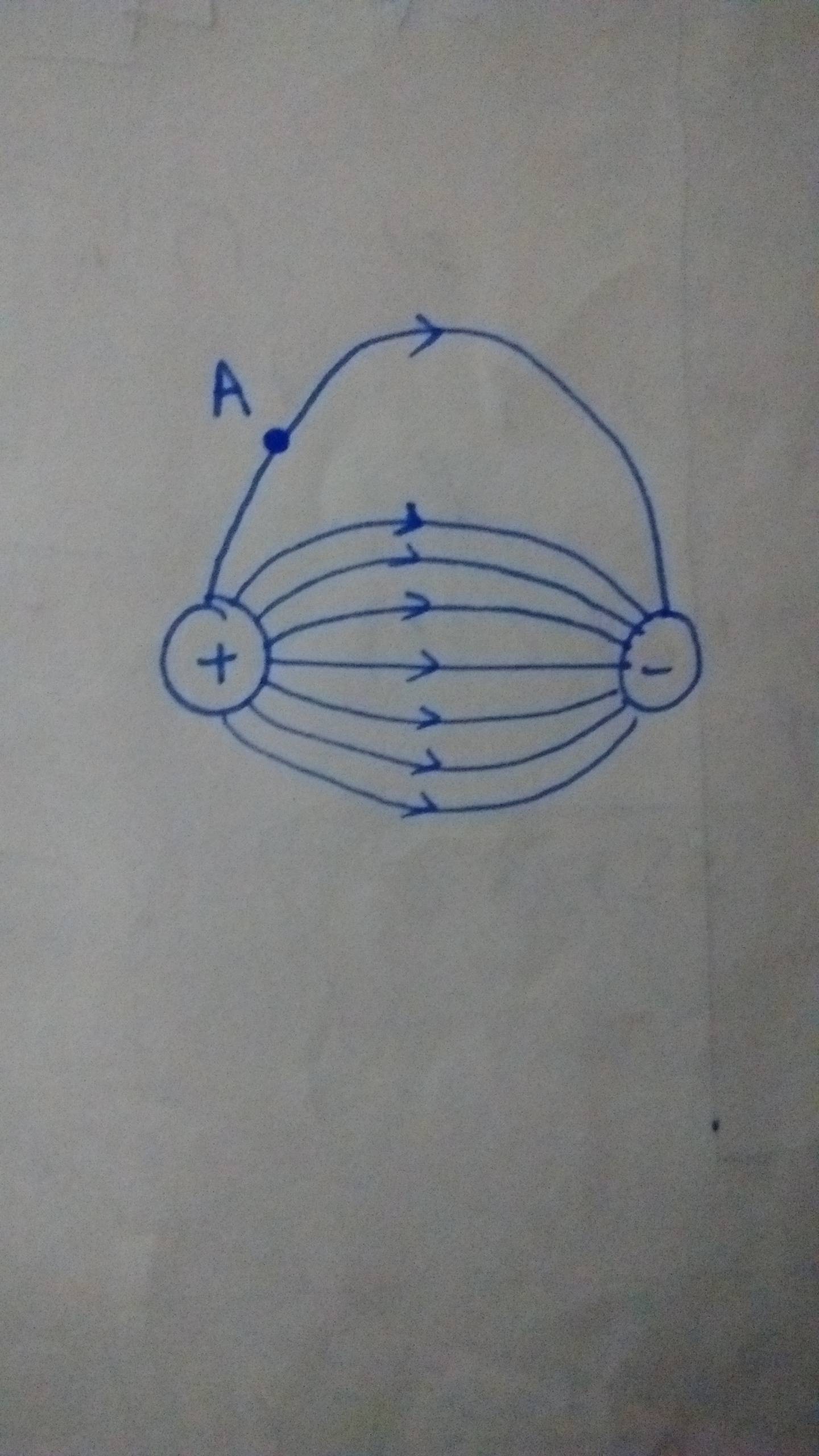 If at point $A$ the charge is at rest then the charge will start to move along the tangent.
However in general although you know the direction of the force on the test charge, its acceleration and its rate of change of velocity unless you know the velocity of the charge you cannot predict which way it will continue to move.
That being said that even though you can predict the direction in which a stationary charge will start to move it will not continue moving along the electric field line unless the electric field is uniform.

If the particle is not mass-less, its inertia won't let it change direction easily, that is, it will drift away from the field line you have separated, getting as much closer to a linear, constant-velocity motion as possible, at the first law of Newton says.