What is purpose of drawing electric fields with multiple charges? 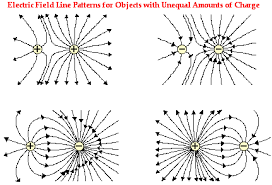 The reason we use small magnitude test charges is that, if it were large then the test charge would change the field, like what you see in the pictures you uploaded. The test charge is very small such that the effect due to its presence is negligible.

Not the answer you're looking for? Browse other questions tagged electrostatics electric-fields charge voltage vector-fields or ask your own question.