Physical meaning of boundary conditions in local variation of action

In the procedure to obtain Euler Lagrange equation of motion, as a consequence of the local variation of the action I obtain the term (see picture). To eliminate it, I must assume the asymptotic radial behavior for which $u$ goes to zero. I was wondering what physical meaning it might have? 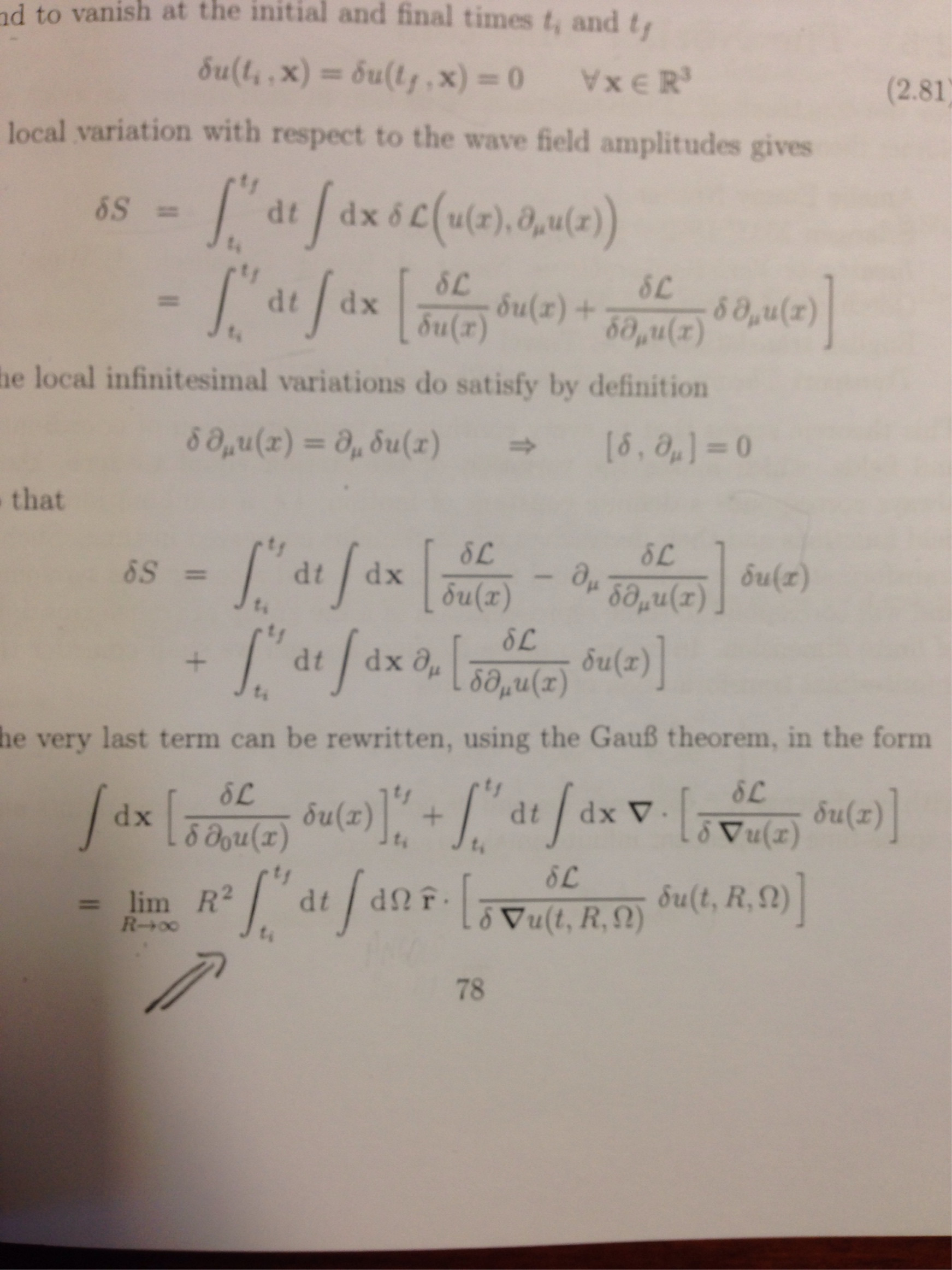 In general the vanishing of the boundary term is what gives Lagrangian mechanics its really peculiar character in terms of how it predicts things.

If you're used to that then you follow Feynman's New Zealand lectures and you're in for a shock: "We're going to calculate the probability that we detect something over here, given that it gets emitted over here." And if you're really unfortunate (and it's unfortunately typical) you'll encounter Lagrangian mechanics even before QED, "We're going to calculate the path that the particle took when it ended up over here, given that it came from over there." Probabilities at least had a nice interpretation, "maybe it doesn't end up over there and I can recover something like a classical idea of where it goes," whereas the Lagrangian approach says, "I can make this particle show up anywhere, just leave cooking up the initial conditions to me."

And the ultimate origin of this weirdness is the required vanishing of these boundary terms, $\left[f(x, \dot x, \dots) ~\delta x(t)\right]_{t_0}^{t_1} = 0.$ It forces $\delta x(t_0) = \delta x(t_1) = 0$ which means that the path is not being perturbed at its boundary, but only in its main body: so we must in the Lagrangian approach treat the starting and ending point as fixed and then cook up the appropriate trajectories in the middle.

Not the answer you're looking for? Browse other questions tagged lagrangian-formalism variational-principle boundary-conditions action boundary-terms or ask your own question.