A previous question asked about the origin of the ghost-like image of the fluorescent bulb on this image, 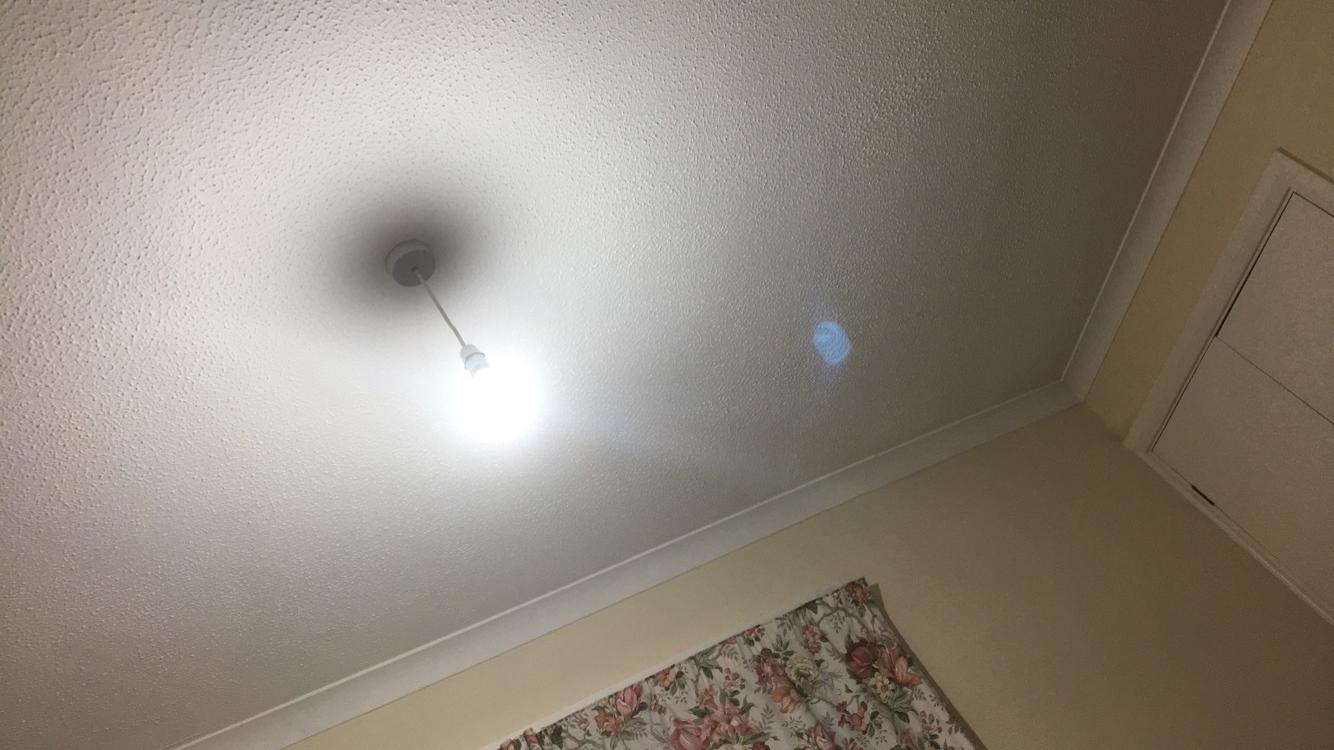 which turns out to be something called a filter flare, of which there are more examples here and here, and which is explained in this page as being caused by a combination of two reflections, one on the camera's sensor and then one on a filter (or any other flat optical element), probably outwards from the lens:

I am specifically confused about why the 'ghost' image appears inverted (i.e. rotated by 180°); since it has undergone two reflections (with each one causing an inversion), naively, it should appear in the same orientation as the original image. Doing some rough additional ray tracings on the diagram above I can roughly see that the mirror image should indeed be inverted, but I'm struggling to square that with the rough heuristics that each reflection should cause an inversion. So what gives?

It's only undergone one reflection: the film/sensor is not reflecting the image, but serving as a source of light for the optical system: look at the blue light rays which make this clear, and would be insane in terms of reflections). The ghost results from diffuse rather than specular reflection in other words: light scattering from the film/sensor. Additionally just look at the emulsion side of film: it is not shiny.

Don't forget that reflection is not the only process that causes inversion. In this system of two reflectors and a positive lens between them there are 4 inversions before the ghost image is formed:

Between steps 2 and 3 there's no inversion, because the rays crossing the lens are defocused and intercepted by the filter before they form an image. It's the crossing of the rays that forms an image and results in inversion on focusing, and here it doesn't happen.

Not the answer you're looking for? Browse other questions tagged reflection geometric-optics camera or ask your own question.

25
What is this blue thing in a photograph of a bright light?

347
Why are mirror images flipped horizontally but not vertically?
4
Why can't we see real images?
2
Are images of three-dimensional objects also three-dimensional?
2
Converging mirrors and the transition between inverted and non-inverted images
2
Why do we see an inverted image in a spoon when kept far from our face with concave side towards our face?
2
Why are images formed?
1
Why does concave mirror simultaneously form two images?
1
Why are 8 images formed for a object kept symmetrically between two mirrors kept at angle 50°?
3
Number of images formed when two mirrors are placed at an angle