I read this in my physics textbook. It says that matter waves travel faster than light. Why is it so? 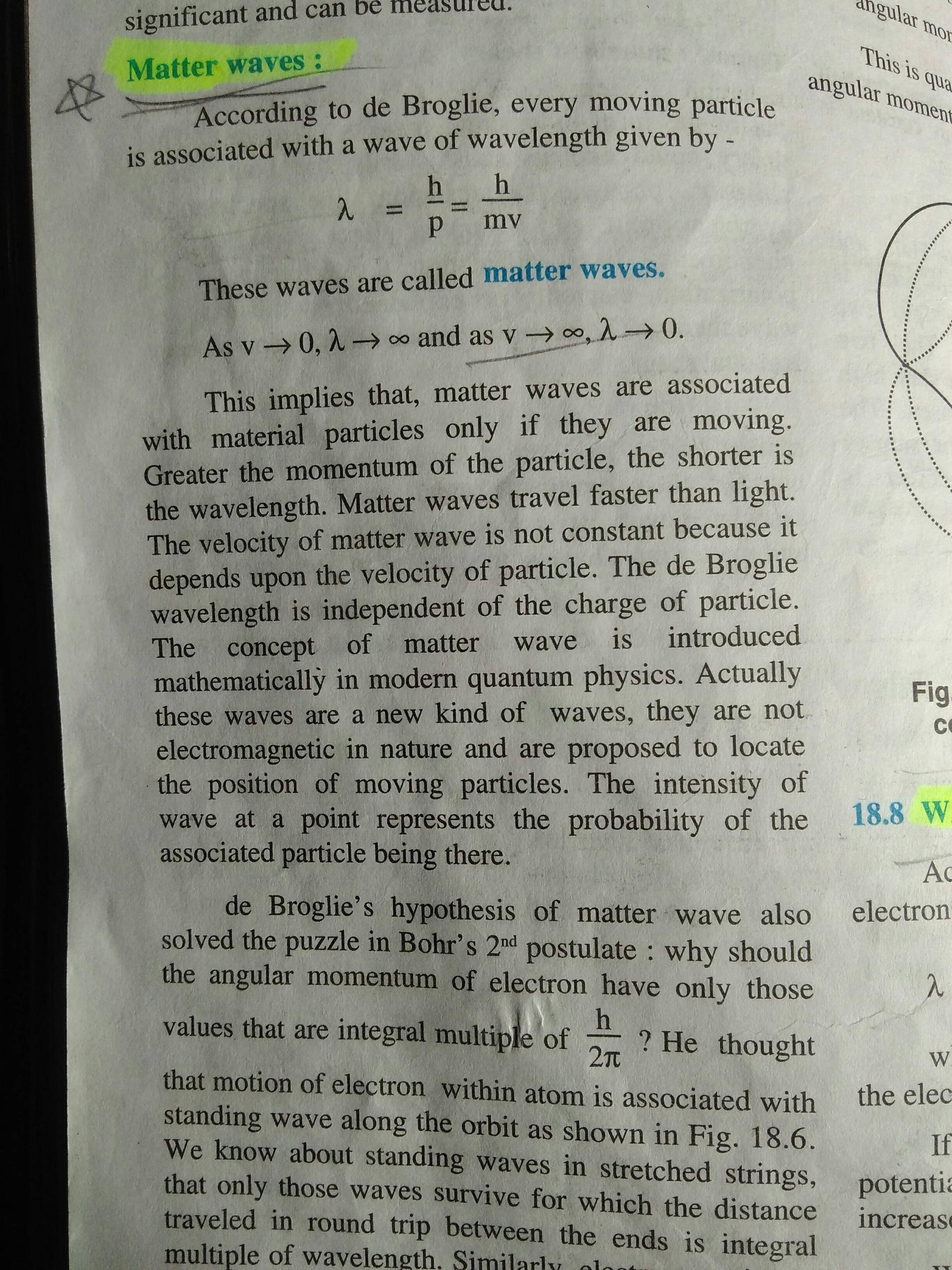 I read this thing in my physics textbook.They said matter waves travel faster than light, why is it so?

Special relativity imposes the limit of the velocity of light on any motion of particles, in all frameworks, classical and quantum mechanical.

Thus there is no way the statement as you have written is correct, unless there is some reference to the phase velocity which can be different for light (classical framework) in a medium. For a particle it would again refer to the probability distribution and will be a non measurable quantity, just a mathematical description.

No , they are probability waves of particles in the quantum mechanical framework, the underlying framework of nature. G waves are gravitational waves. There also exist gravity waves, but that is another story.

Just saw your edit. The statement "matter waves travel faster than light" as written in the book is wrong. Period.

In the original non-relativistic formulation of wave mechanics by Schrödinger, his waves did indeed travel faster than light, and in fact their velocity was infinite. The propagator which showed the influence of one space time point on another clearly allowed superliminal influences.

His theory had other problems as well: his waves were unstable under the motion of the observer. Even at a slow walk, a zero-momentum wave (flat) suddenly morphed into a real wave. These problems were probably among the reasons he initially decided not to publish the theory.

the book presents de broglie λ=h/p in classical form. in classical mechanics there is no limit for speed. once you insert the relativistic energy: E=mc^2+(p^2 c^2)^2 you see that matter waves can not travel faster than light.

Oh, de Broglie, this will give the wavelength of light (which has no mass keeping the problem easier). For massive particles we are getting into quantum mechanics (as stated in book) in which every particle is described by a wave function. Now it's true that there has indeed been evidence of "quantum teleportation" that exceeds the speed of light. I didn't come across it described in this way before. The mass of the particle itself is not in evidence travelling at the speed of light, it is wave-function collapse - a multi-state distributed wave-particle somehow resolving to a single state local interaction instantaineously when observed. Problem is it could be observed anywhere within it's distribution - (QM is weird, I can't hope to cover it here). Quantum-relativity hasn't been resolved as far as I'm aware, so work is ongoing. (I'm wondering what comes after the word "actually", tbh, we should probably not take the para out of context - perhaps the author is just trying to bring in QM step by step.) I might call it a wave-particle probably not a matter wave.

Not the answer you're looking for? Browse other questions tagged quantum-mechanics waves faster-than-light textbook-erratum or ask your own question.