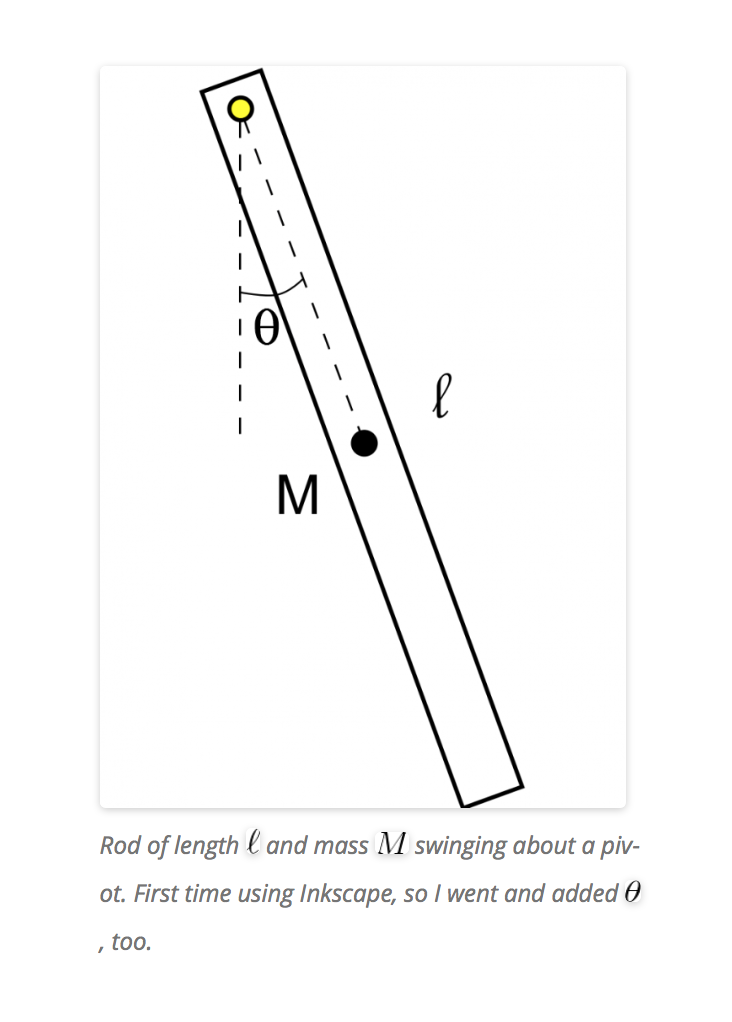 About the pivot, the body can be viewed to be in pure rotational motion since the pivot is the center of rotation of each particle of the rod. Here, the center of mass has no special significance.

The second method is particularly useful if it were not possible to classify the motion of the body as circular about some stationary axis. Here the motion of each particle from the ground frame would be really complicated. So it helps to break it down into two parts, which is how we express combined motion. In this case we will have circular motion about an axis through the center of mass(since the body is rigid) and the center of mass could have some arbitrary path.

The two methods are just different ways of describing the motion of the entire body. So one can expect to get the same kinetic energy in both cases.Mathematically, the parallel axis theorem can be used to prove that the two expressions for kinetic energy are indeed equal.

Not the answer you're looking for? Browse other questions tagged rotational-dynamics moment-of-inertia or ask your own question.

1
Double Compound Pendulum: why use inertia about the center of mass for bottom pendulum?
1
Parallel axis theorem proof?
3
Why are mass and the moment of inertia additive?
0
Solving Pendulum System with Lagrangian Mechanics
2
For a physical pendulum, why do you use an angular coordinate system when the centre of mass translates too?
4
What is the kinetic energy of a rigid body rotating about an accelerating axis NOT through its centre of mass
2
About which axis we should take moment of inertia?
1
Determining the principal moment(s) of inertia and KE of a cuboid