2017 solar eclipse: why are these two maximal eclipse points different?

referring to this guide, there is a point in southern Illinois that has the longest duration eclipse and a point in western Kentucky where the eclipse is the "greatest". 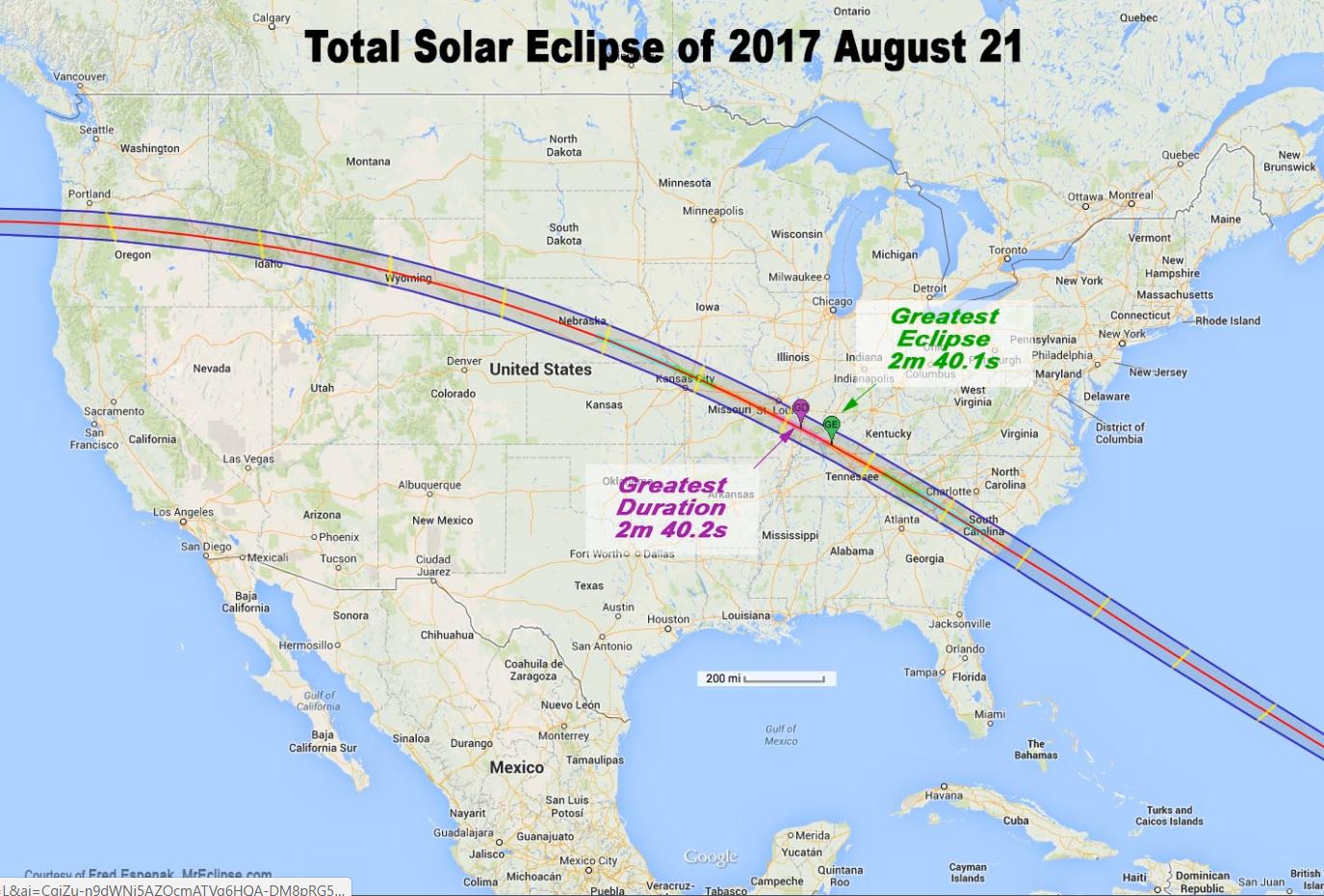 the first i understand, the second doesn't make sense to me. for anyone in the center of the path, the eclipse is as total as it can possibly be. at some moment, the moon is squarely in front of the sun.

can someone explain the difference?

How do you mark an answer as an educated guess. Ah well, perhaps this will help.

Different points on the earth's surface must be at different distances from the moon. The angular diameter of the moon is greater at the point on the earth that is closest to the moon (nearer things are bigger). Is the greatest eclipse at this place? The transit time will also be impacted by the rotation of the earth, which will have the effect of shortening it as the moon takes aprox a month to get round and the earth surface only a day. In the location of the "greatest" eclipse where the surface of the earth intersects the shadow tangentially the rotation is in the most effective direction for a rapid transit. The longest transit time must be elsewhere; where the angular diameter of the moon is nearly largest, and the surface of the earth is cutting a slightly longer section through the shadow.

TBH It's an enhancement to the question, I suppose, given that I have been creative.

Not the answer you're looking for? Browse other questions tagged astronomy eclipse or ask your own question.