Would the rate of ascent of an indestructible balloon increase as function of it's altitude?

Assume a balloon filled with Hydrogen, fitted with a perfect valve, and capable of enduring vacuum (that is to say, it would retain it's shape and so well insulated that the extremes of temperature at high altitudes and in space would have little effect) were to be launched.

As long as the balloon were in atmosphere it would ascend upwards (and also affected by various winds/currents, and gravity). As the balloon passed through increasingly rare atmosphere, would it rise faster?

Long Answer: the rate of ascent of a balloon is based on his bouyancy (the link mention a fluid, in this case the air), the bouyancy is independent is the gravity field, with density being the only variable.

with the law of ideal gas the can obtanin the relationship with the presure, and the altitude

this result in the following exponential graph: 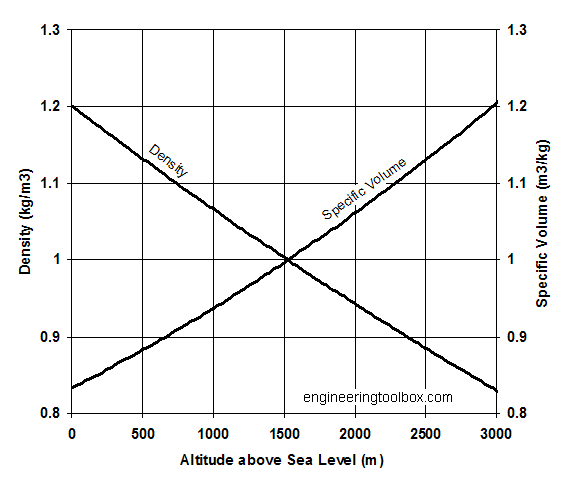 There are several things to note here. First, the atmosphere stops being buoyant around 100-150 km above the surface of Earth (I believe the mesopause is roughly where this occurs). Balloons simply cannot float beyond this point, no matter how fluffy (lower density per unit volume) they are. Second, past the tropopause (where the mixing of the lower atmosphere stops), one starts to see the atmosphere lose its heavier components such as argon and diatomic oxygen (as well as trace molecules like carbon dioxide) to lighter molecules like atomic oxygen and nitrogen. This will have some affect on the rise of the balloon.

Third, you can get a more consistent rise, if you replace the rigid balloon of your question with a zero-pressure balloon, filled with a less dense gas, which maintains the same pressure on both sides of the balloon. Your perfect balloon expands so that the displacement remains the same even though the atmosphere becomes less dense, crudely exponentially, as one rises.

This is the sort of balloon actually used in placing things in the upper atmosphere. For example, the traditional latex weather balloon, while not zero-pressure, comes close with a low pressure drop between inside and outside of the balloon. It can easily reach the upper stratosphere. Proper zero-pressure balloons (which are effectively bags of helium or hydrogen with a hole on the bottom) can get significantly higher. I think somewhere over 50km is the current altitude record which is in the lower mesosphere roughly.

I'll try to be more to the point than Karl Hallowell and a little more terse than Alen, but both answers should give you a picture already.

The exact answer to your question is, the rate of ascent (i. e., its velocity) increases as long as there is a net upward force acting on the balloon. This will only be the case for part of the balloon's journey.

However, that has to do only in part with its height. The balloon is accelerating upwards as long as it has positive buoyancy*, i. e. its velocity is rising as a function of time. At some point, the acceleration will be offset by the decceleration induced by the drag of the surrounding air and the velocity will remain constant for a while. Finally, the net buoyancy will decrease all the way down to zero, and drag will slow down the balloon until it stops.

Now, that last part actually is a function of the balloon's height, or, more precisely, a function of the density of the surrounding air (which decreases with height). The less dense the fluid displaced by a body, the lesser the buoyancy force exerted by the fluid. For a rigid container, that would be the whole story, for an expanding container (like a latex balloon), its increase in volume under lower ambient pressure counters that effect to some extent by displacing more of a now lighter fluid. As Karl has pointed out, this is an idealization, and a decrease occurs anyway.

Useful Wikipedia articles (as already given by Alen):

**note that I'm mixing gravity and buoyancy into "net buoyancy", which may be an oversimplification.*

The change in height with respect to time is given by the buoyant force divided by the viscosity, for slow rising objects, and neglecting the initial acceleration. From this differential equation we can see that, regardless of changes in viscosity, the stable attractor of this system is the height where the buoyancy is zero. That is the height where the density of the rising object equals the ambient density of the gas through which it is rising.

2
Ascent rate and size of balloon
1
If you were able to get rid of Hydrogen from a weather balloon as it were rising and expanding would the weather balloon rise further than usual?
11
At what altitude would the air be too thin to carry a sound wave?
0
Given $2\text{ °C}$ atmospheric temperature rise, what would be the temperature increase if confined to an oven?
8
Can we theoretically guide cold air from high altitude down to the needy cities as free AC?