Your question is based upon some questionable assumptions, so it can't be answered directly. Instead we need to clarify exactly what photons are and how they interact.

The popular image of a photon is as a little ball of light, and that light beams are effectively a hail of photons. However this is at best highly misleading as photons are much more complicated than this and the relationship between photons and light beams is complicated. This is explored in the question What is the relation between electromagnetic wave and photon? Indeed you will find physicists who think the photon is not a useful concept at all.

Anyhow, when a light wave interacts with a molecule it is the oscillating electric field associated with the light wave that does the interacting. The oscillating electric field perturbs the molecule and can cause it to transition to a different quantum state. In this transition energy is transferred between the light wave and the molecule, and it is this energy transfer that is the photon. That is the energy transfer takes place in units of the photon energy $h\nu$.

The light wave travels at a speed $c$ in a vacuum, but in the presence of matter its speed is modified by interactions with the matter. This is discussed in the questions suggested in the comments e.g. What really cause light/photons to appear slower in media?

When a molecule absorbs a photon, it is an electron on that molecule that absorbs the photon. What happens to the electron depends on the frequency/energy level of the photon. For a low energy photon, a good analogy is that of a fast moving comet being trapped by the gravity of the sun. It is still moving fast, but changing directions, affecting the movement of the sun, and maybe flying off in a different direction. For a photon with a high frequency/energy, it is like what happens when a cue ball hits another ball in a game of pool. The electron is knocked out of orbit.

In both cases, the electron gains momentum and the photon loses energy.

One example of low energy photons is electricity from a radio antenna coil causing electrons to move around a little bit.

The simplest equation is the Schrodinger equation which describes an atom/molecule as electrons at stable energy levels around a positive nucleus. In this model, if a photon with the correct energy difference hits the atom its total energy momentum and angular momentum is transferred to the atom where an electron will go to a higher energy level . It disappears and it does not continue to exist , it is totally absorbed .

In quantum field theory, which is the theory developed to examine all interactions between elementary particles, a photon can scatter with the spill over electric fields around a molecule ( or a lattice), either elastically so that it keeps its energy and momentum in the center of mass system, or inelastically, when a new photon leaves the interaction. Both of these happen at a point in space time, called a "vertex" mathematically, so the changes are instantaneous. 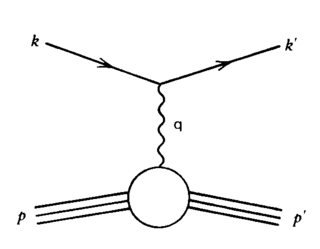 By going round and round.

As above. The molecule is composed of atoms, and the atoms are composed of electrons, protons, and neutrons. These are all spin ½ particles which can be annihilated:

When they are annihilated, you see photons departing at c, allegedly from a standing start. But all that really happened is that they changed from a closed path to a linear path. See Hans Ohanian’s 1984 paper what is spin? He says this: “the means for filling the gap have been at hand since 1939, when Belinfante established that the spin could be regarded as due to a circulating flow of energy”. Check out the Poynting vector.

Not the answer you're looking for? Browse other questions tagged quantum-mechanics photons speed-of-light or ask your own question.

83
What is the relation between electromagnetic wave and photon?
46
How does light speed up after coming out of a glass slab?
72
What really causes light/photons to appear slower in media?
64
What is the mechanism behind the slowdown of light/photons in a transparent medium?
3
Photons when passing through matter

8
Does light really “travel”?
0
Why does photon have to travel in sideways to hit the light clock?
0
Does light always travel at *c* even when moving through a medium?
1
Photons are faster than the speed of light because they travel in transversal waves?
4
If light does not change speed, how does luminous intensity decrease?
0
A question regarding the speed of light in a vacuum, specifically putting a 'color' in
0
What happens to the energy of an absorbed photon?
3
How does light speed in a medium affect refraction?