What does it mean to say that two optical systems are equivalent to each other?

When can such conversions into equivalent systems attempted and why ? 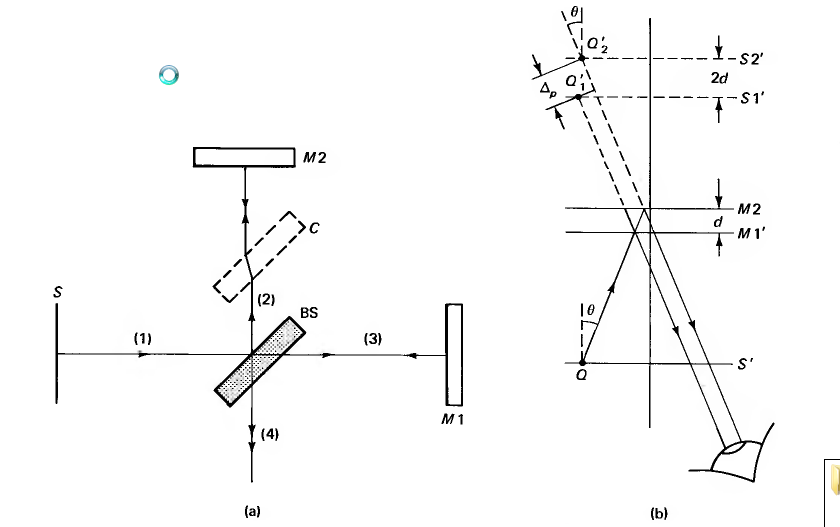 The actual interferometer in Figure 11-la possesses two optical axes at right angles to one another. A simpler but equivalent optical system, having a single
optical axis, can be displayed by working with virtual images of source 5 and mirror M1 via reflection in the BS mirror. These positions are most simply found by
regarding the assembly including S, M1, and beams 1 and 3 of Figure 11-la as rotated counterclockwise by 90° about the point of intersection of the beams with the BS mirror. The resulting geometry is shown in Figure 11-lb. The new position of the source plane is S', and the new position of the mirror Ml is MГ. Light from a point Q on the source plane S' then effectively reflects from both mirrors M 2 and Ml', shown parallel and with an optical path difference of d. The two reflected beams appear to come from the two virtual images, Q'l and Qî, of object point Q.

This not actually a conversion! In these situation we just drew the optical configuration and virtual images along a straight optical axis to better explanation of circular fringes of Michelson interferometer. 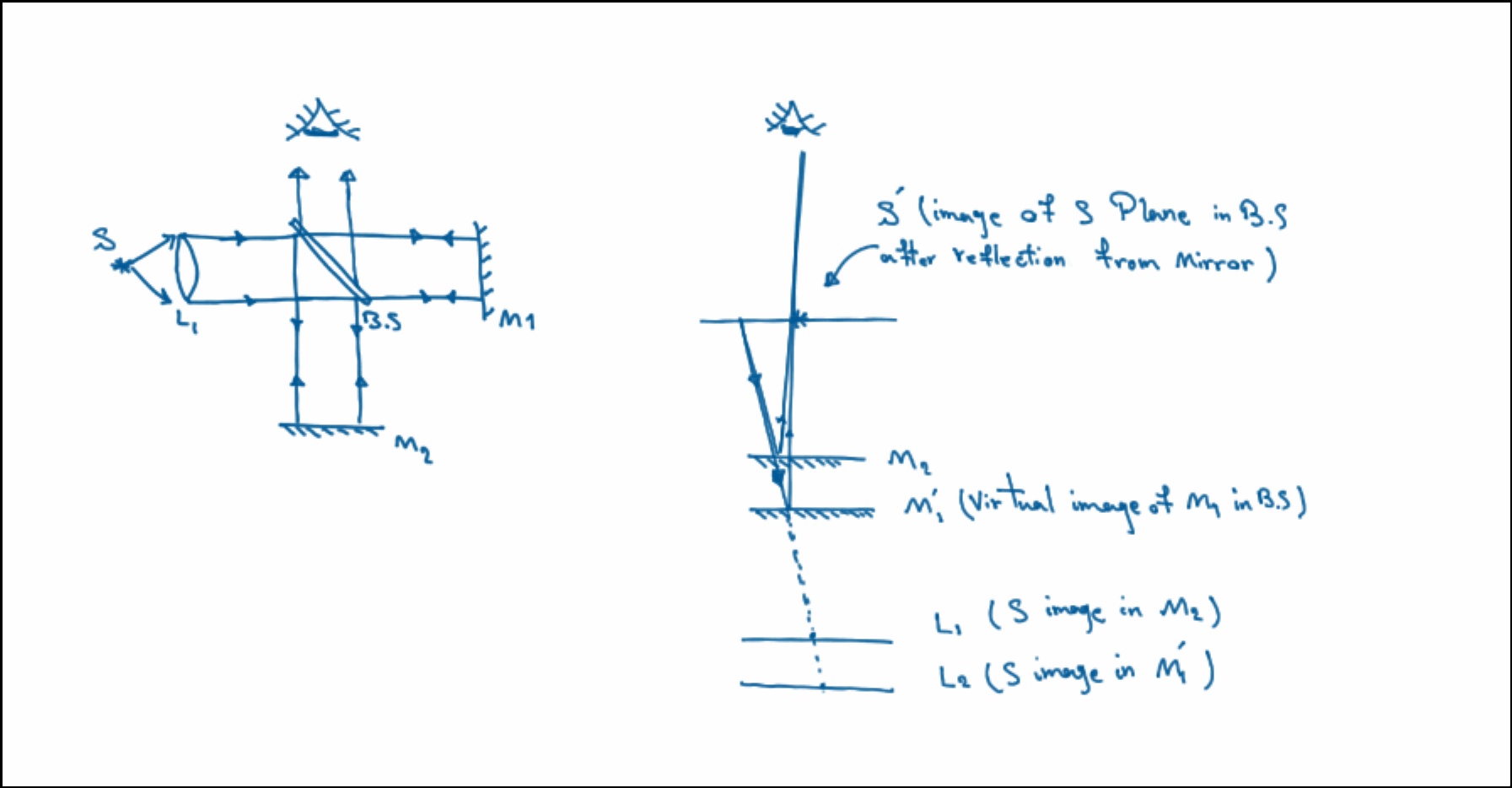 Just think in this way that you are looking M2 mirror, so can see M2 directly and image of M1 throuth B.S

The notion of "equivalent" in physics generally has many different uses and associated definitions. It is often a question of input/output. Two systems would be said to be equivalent if they have the same output for the same input. This is how the concept is used in circuit theory, for example.

In optics it is easy to see that the light reflected from a mirror is moving just as if it had come from a source behind the mirror and so there is a kind of equivalence. This is the idea being used in your Michelson example. It is a useful idea as long as we place the "equivalent" source correctly and precisely. With that done, we may then find it easier to trace where the waves will go, and how they accumulate different amounts of phase, depending on the optical path length.