How does Dark Matter form a halo? 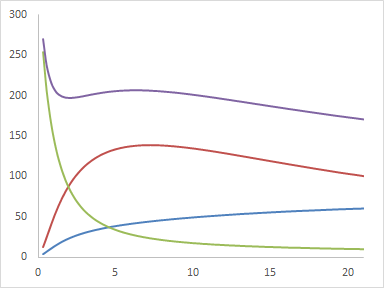 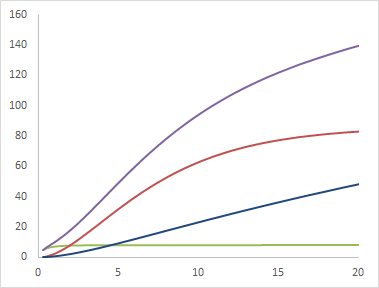 Notice that the Dark Matter basically forms a hollow sphere. There's no Dark Matter in the core where you'd expect it to be and it increases steadily to 20 kpc and beyond. Every other gas we know clumps. Gravitating matter obeys the Seric profile. What physical explanation does Dark Matter have for not collecting in the core of the sphere?

You have not put any axis labels on your plots.

Any smooth mass distribution will not contain much mass within a small radius. Specifically, the mass contained within a radius $r$ will not increase towards smaller radii unless the density is increasing towards the centre more rapidly than $\rho \propto r^{-3}$.

Normal matter will have a steeper profile because it loses kinetic energy due to interactions, and those processes are usually more effective in the denser regions. As a result, normal matter will relax deeper into the potential well. i.e. The density of dark matter does increase towards the centre; there is no hole; it just increases less steeply than for normal matter, which is why normal matter ends up dominating near the Galactic centre.

89
If dark matter only interacts with gravity, why doesn't it all clump together in a single point?
2
Why does dark matter form halos?
1
Dark matter halo distribution for simple galaxy model