Can you tell me what is the name of this scientific instrument?

Hello i need help to identify this old instrument.
I only have this photo.
Can you help me? 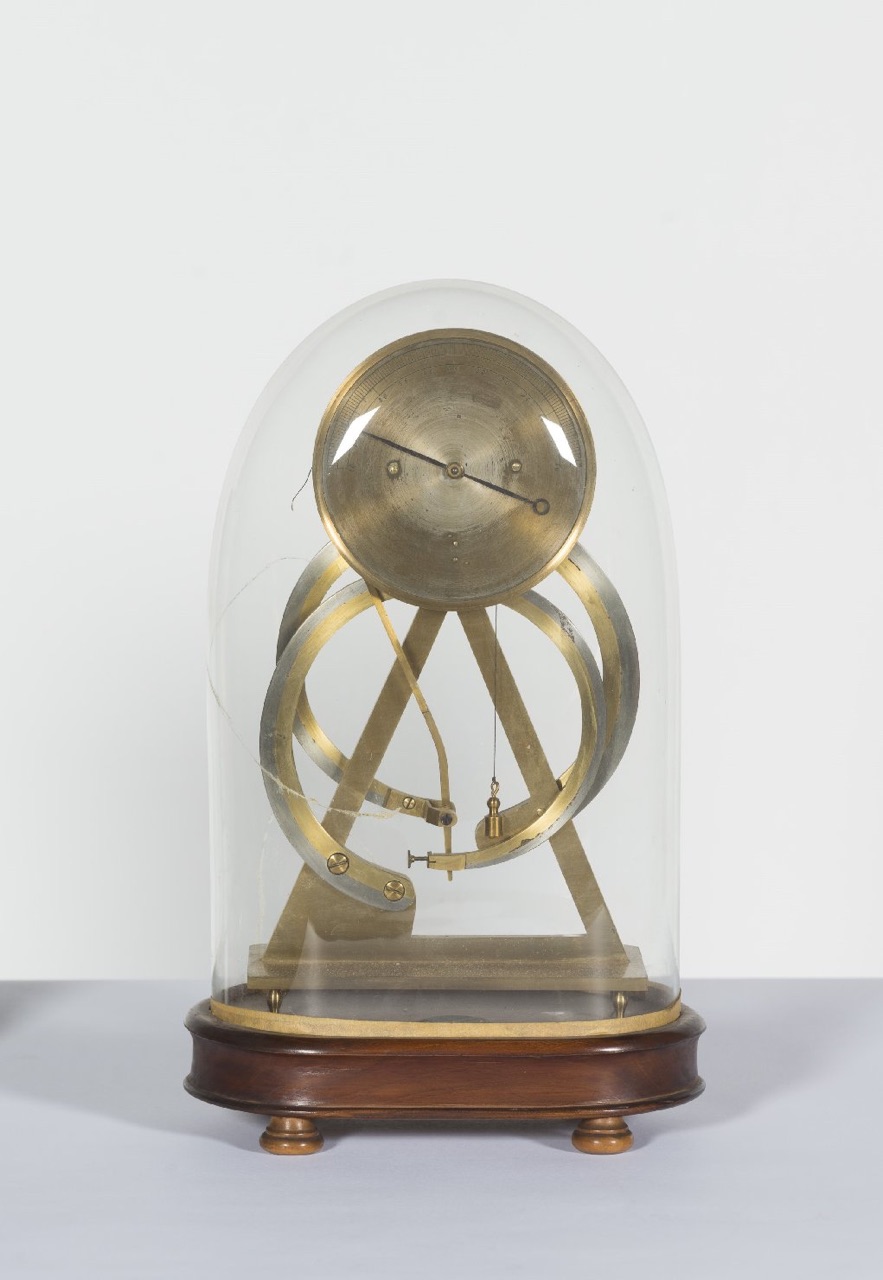 I think it is a thermometer which works as follows:

There are two large bimetallic spirals, one in the front and one in the back. The two different metals are clearly visible in the spirals. Both have brass at the inside and steel at the outside, so they will curl less as temperature raises because the brass expands more than the steel.

When temperature increases, the open-end of the front spiral pushes to the right and the open end of the back spiral goes to the left.

When temperature increases, the pivot point goes slightly to the left and the bottom tip is pushed to the right. The long end of the lever is 9 or 10 times as long as the bottom end.

The part which is behind the dial is probably this:

A wire is fixed at the top of the vertical level at the left. We can see the free end of that wire behind the left of the dial. The wire is pulled to the right over a small wheel behind the dial and continues down to the small weight visible slightly to the right.

There is something in the picture which remains unexplained: There seems to hang a loose wire on the glass on the left side. Because it goes all the way left, I assume it is on the outside and therefore irrelevant.

It may well be that this is a thermometer, as other people suggested, but my guess is this may be a pressure gauge (or barometer), as the flat "vertical" tube in the center reminds me the design of Bourdon pressure gauges (https://en.wikipedia.org/wiki/Pressure_measurement#Bourdon).

Not the answer you're looking for? Browse other questions tagged instrument or ask your own question.

1
How can the color of the sun be measured?
1
The Geiger Counter
1
How do I find out the tension and the weight of a string with a given frequency?
0
Measuring small changes in length using the micrometer screw gauge