Can white light be broken into its component colors when gravitationally shifted by a black hole, in a manner similar to what a prism does? 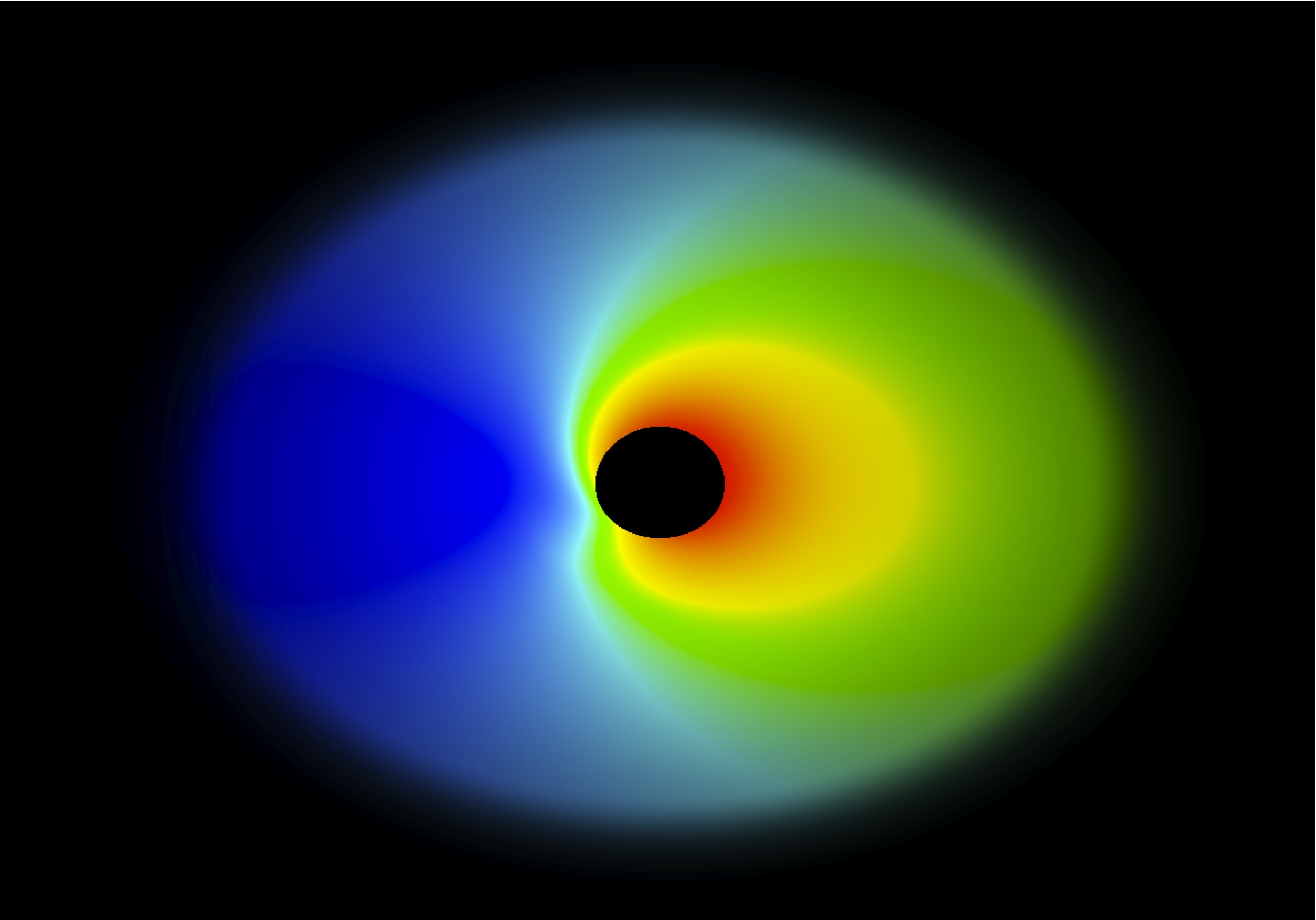 Gravitation clearly can change wavelength and frequency, and it does that for instance for the cosmological redshift.

But with the speed of light being $c$ locally, independent of frequency or anything else -- note: independence of frequency or wavelength $k$ means that it is not dispersive, since dispersion is due to different wavelengths traveling at different speeds -- gravitation can not affect different frequencies differently at any one point. There would not be a rainbow effect purely from any black hole scattering or any gravitational effect on electromagnetic radiation, for light sourced far from the black hole.

You could have dispersive effects if there are interactions with charges in matter that are frequency dependent. That is how you separate colors in a prism. And there can be freq dependent astrophysical interactions. And gravitation can vary by distance or position so certainly white light originating from different locations can be redshifted by different amount, as depicted in the image in the edited question. And if the black hole has jets of particles and radiation being produced from the surrounding matter falling in (and much is radiated or spawned off before being absorbed into the black hole), or from disks of matter orbiting the black hole or infalling, there can be frequency dependent effects on the electromagnetic waves and particle energies observed since it can be at different distances and thus different gravitational fields. And the astrophysical processes can happen at different energies and produce radiation which depend on the process. Black holes with disks around them or in the formation stages can for instance be strong producers of

But again, purely an electromagnetic wave approaching a black hole with little or no matter infalling or orbiting, it'll scatter with no dispersion, no rainbow.

As pointed out by @McClary below, the above is true only for wavelengths much smaller than the black hole. When they are equivalent the scattering, and the absorption, are wavelength dependent. That does not violate that c is constant and the same locally, just that waves with large enough wavelengths interact at any one time with a large part of the gravitational field. A more complex question. See my comment for a reference to one paper, and there are others.

SEPARATE EDIT FOR THE QUESTION IMAGE

The image is not equivalent to a prism which scatters angularly by color light coming in from the outside. It is equivalent to the cosmological redshift in that light from galaxies at greater distances are redder than those from closer in distances. Not a rainbow, but a distance or gravity meter.

There are non mainstream gravity theories that posit a speed of light that is dependent on frequency. One of those is by Smolin and Magueijo, not surprisingly called Rainbow Gravity. It has not been confirmed by anything, measured or theoretized, and is not taken too seriously now, but it's there. See it at Rainbow gravity theory

In quantum gravity, for which we still don't have an accepted theory, there is work that as one approaches the Planck length gravity is just not the same geometrical theory, and that possibly Lorentz invariance may break down, and that gravity could be dispersive. One such paper where they work with nontrivial disoersion relations is in arXive at https://arxiv.org/pdf/1605.04843v3.pdf. Take it with a grain of salt, quantum gravity is still unsettled.

Can white light be broken into its component colors when gravitationally shifted by a black hole, in a manner similar to what a prism does?

No. Gravity affects all light in the same fashion, regardless of frequency. In similar fashion it affects all matter the same, regardless of whether we're dealing with a cannonball or a feather or an electron or a proton. It doesn't separate light into different frequencies.

We call it gravitational lensing and liken it to white light being split by a prism, but it isn't the same. The mechanism for refraction in glass is not the same as the mechanism for the bending of light in space. In glass the speed of light is still c but the light "bounces around" so it can't propagate at c. This affect is frequency-dependent. For an analogy, it's something like walking along a crowded sidewalk. You're walking at your regular 4mph, but you can't walk in a straight line because you have to dodge the oncoming people. If you're a tall young man taking long strides, you're affected less than if you're a little old lady taking little steps. Red light has a longer wavelength, and is refracted less than violet light.

Not the answer you're looking for? Browse other questions tagged black-holes photons refraction gravitational-redshift or ask your own question.

40
Why is a black hole black?
1
light in black holes and space time
1
Why Black Hole are black?

10
How does the star that has collapsed to form a Schwarschild black hole appear to an observer falling into the black hole?
0
light entering a black hole's singularity
10
How would a fractal refract light?
2
How much work can we extract from a black hole?
0
Would gravitational waves detected at GW150914 have been redshifted?
1
If different wavelengths of light have different speeds, how can they move together as a white light in air?