What physics is contained in vertex corrections?

If one looks at the interaction of light and a non-zero density of electrons, one can calculate the polarizability $\Pi(q,\omega)$ (which is the 00-th component of the dressed photon propagator). This object is related to the dielectric function as $\epsilon(q,\omega) = 1 - V(q)\Pi(q,\omega)$, where $V(q)$ is the Coulomb potential between the electrons in Fourier space.

The vertex function contains information about:

You can consider the structure of the vertex function in a theory with a 4-fermion contact attractive interaction and see that in this theory the vertex function has a pole. The existence of such poles corresponds to the Cooper instability and it signals that one should carefully choose the ground state of theory to develop perturbation theory.

In the case of superconductivity:

To emphasize mentioned facts, here are three diagrams (I am lazy to draw them, sorry) 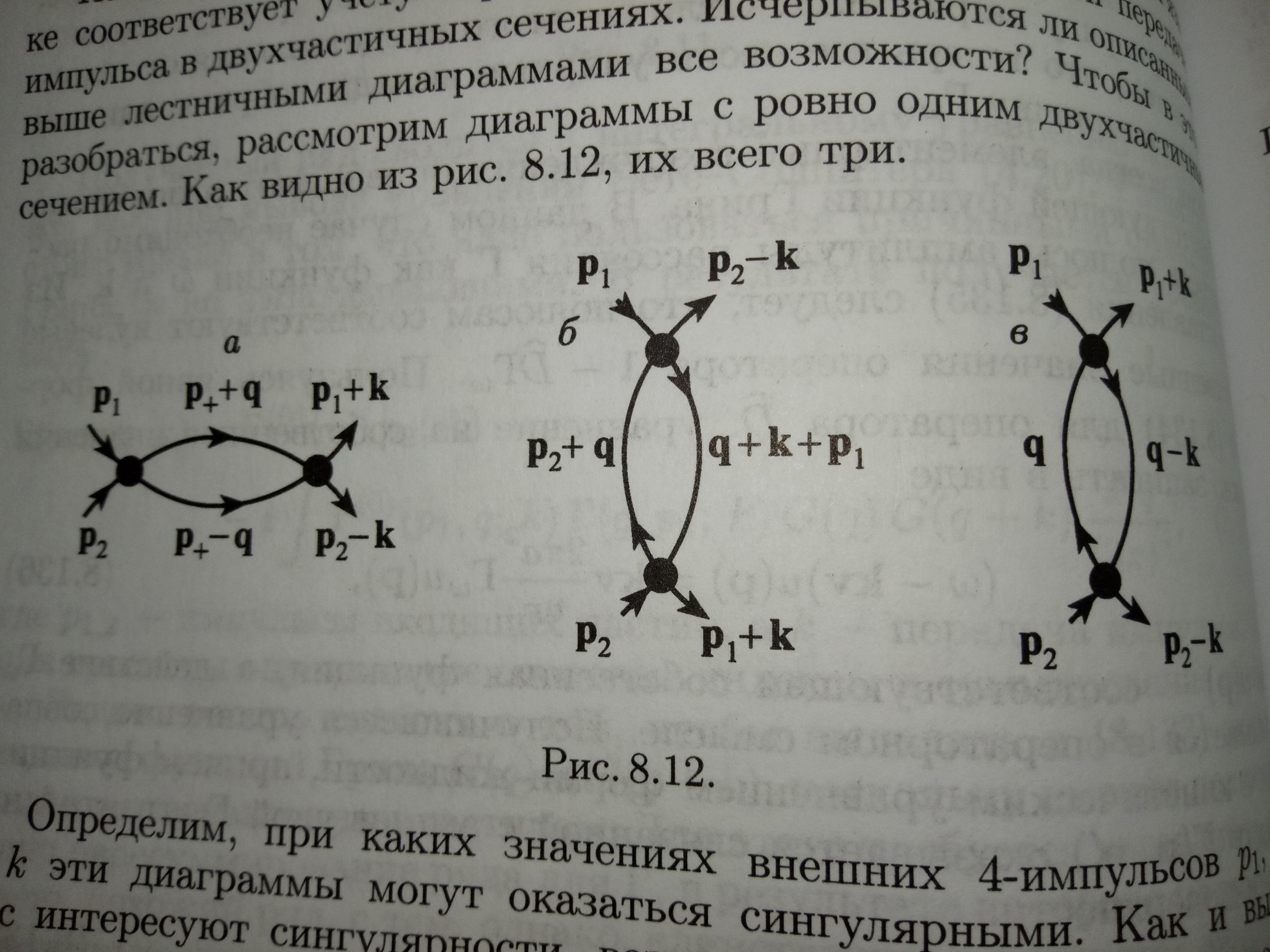 and the entire question is about the singularities of these diagrams. All the singularities comes from the poles of the Green functions in loops. Indeed, to perform integration over energy, you should use an appropriate contour, but external momenta can pinch this contour and the singularity appears. You can show that for the first diagram (from left to right) a singularity appears for $p_1+p_2\approx 0$, for the second and third, $p_2-p_1-k\approx 0$ and $k\approx 0$, respectively. The last diagram defines Fermi liquid theory, whereas the first diagram corresponds to the Cooper instability. The second diagram is "rare".

The case of vertex functions in condensed matter is more interesting than in QED. For QED, we define the vertex function via a four-point correlator, $$K_{ik,lm}=\langle T\psi_{i1}\psi_{k2}\bar{\psi}_{l3}\bar{\psi}_{m4}\rangle$$ and can easily consider this correlator in momentum representation. It is worth mentioning that one should also take into account all the loop corrections. From the structure of this correlator, you can extract the reducible part,

which just gives the exact propagator of two particles without scattering. The last term is more interesting and represents the irreducible part. Finally, you can see that $$i\mathcal{M}_{fi}=\bar{u}_i(p_3)\bar{u}_k(p_4)\left[-ie\Gamma_{ik,lm}(p_3,p_4;p_1,p_2)\right]u_l(p_1)u_m(p_2),$$ where $i\mathcal{M}_{fi}$ is exactly the scattering amplitude. The next picture is the 4-point correlator for fermions,

and in the non-crossing case (for instance, in superconductivity theory) the vertex function becomes

Not the answer you're looking for? Browse other questions tagged quantum-field-theory condensed-matter many-body or ask your own question.

4
BCS theory: where did all the bosons go?
3
What are the observable effects of finite pieces of the loop corrections in QED?

2
Derivation of polarizability
2
What is $\epsilon(\infty)$ in $\epsilon(\omega) = \epsilon(\infty)[1-\bar\omega_p^2/\omega^2]$, in Kittel's solid state book?
2
Resonance propagator properties
5
What are the difference about the concept of polarization and screening in fundamental electromagnetics and many-body physics?
1
Vertex correction in QED
0
How to draw one-loop corrections for a certain QFT theory
0
Screened Coulomb potential in metals