I understand the concept of non-linear equations. I was recently having a conversation with a colleague and he used the term "highly non-linear" equation.

This is a very broad subject, but as a rule of thumb, highly non-linear means that the non-linearities cannot be treated with perturbation theory, as these are not negligible as compared to the linear part of the equations (and, in general, they not only are non-negligible, but actually dominate the dynamics).

As an example of a non-linear theory which can be treated in perturbation theory, consider QED. On the other hand, highly non-linear equations can be anything that models turbulence, specially in the case of general relativity: e.g., the modelisation of the dynamics of a supernova. For a very clear example of a highly non-linear system, I recommend you to watch this simulation of the collapse of a core: Now Playing: Core Collapse: 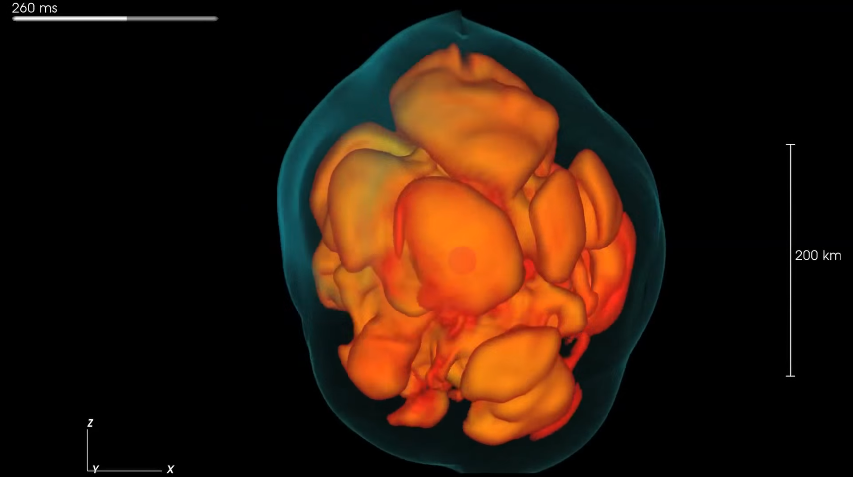 Linear equations are always an approximation of real physical processes, so it's safe to say every real system is non-linear to some extent. You still get to call many systems linear, if their behaviour can be described by linear equations with sufficient precision.

Likewise, if you call a system non-linear, it usually means it is substantially non-linear, so that linear equations are not sufficient to describe it. Often, you can still linearise those equation around a certain point to get a local linear solution. Despite being local, these local solution can be quite useful, especially if the "working point" can remain stable. For example, that's how most electronic components are modelled.

Finally, there are systems which have no useful working point (e.g., chaotic systems). If such systems are also non-linear, local linear solutions don't make much sense, as their state will quickly "wander off" to the point such solutions lose all precision. That's what the kind of systems I would call highly non-linear.

An example of this type of weakly nonlinear system in would be the heat conduction equation in a situation where the material properties (specific heat and conductivity) are smoothly varying functions of temperature. A standard solution procedure (e.g. Crank-Nicholson time marching) will probably work well simply by using the "best estimates" of the material properties, based on the calculated temperatures, at each time step.

On the other hand this straightforward approach is unlikely to work for heat transfer system that involves phase changes and latent heat, for example modelling the shape of the interface between solid and liquid phases as the system is heated or cooled. The numerical method would need to include latent heat (for example by reformulating the problem in terms of enthalpy instead of temperature) and also the fact that if the discretization of the material is fixed in space, the boundary between the phases will not coincide exactly with the discretization points.

When solving any set of simultaneous equations (not necessarily derived from an ODE or PDE) by an iterative method, a similar division between weak and strong nonlinearity can often be made.

Not the answer you're looking for? Browse other questions tagged non-linear-systems models or ask your own question.

1
Are all the quantum based equations linear?

2
Can I use Runge-Kutta to solve these equations?
7
How to popularly describe typical features of a "non-linear system"
4
Is there anything more chaotic than fluid turbulence?
4
How are jerk equations connected to chaos theory?
17
How do non-linear equations lead to self-interaction?
1
How are the Bloch equations non-linear?