When unpolarized light is incident at Brewster's angle, what I understand is that the reflected wave is S-Polarized. What is the polarization state of the transmitted (refracted) part of the wave?

But this doesn't mean you can say the transmitted wave is also linearly polarised. The reason is you have to satisfy the boundary condition that the component of E-field tangential to the boundary is continuous.

The only simplification here is that the reflected wave tangential component is just the reflected amplitude of that "half" of the incoming wave that had its polarisation perpendicular to the plane of incidence. You have of course the additional constraints at the Brewster angle (for light going into a medium of refractive index $n$ from vacuum).

Since most conventional dielectric materials have refractive indices in the range $1<n<3$ for visible light, then the transmitted light never has a degree of linear (p-)polarisation of more than about 50%. There are some materials with much higher refractive indices at microwave/radio frequencies (e.g. water). 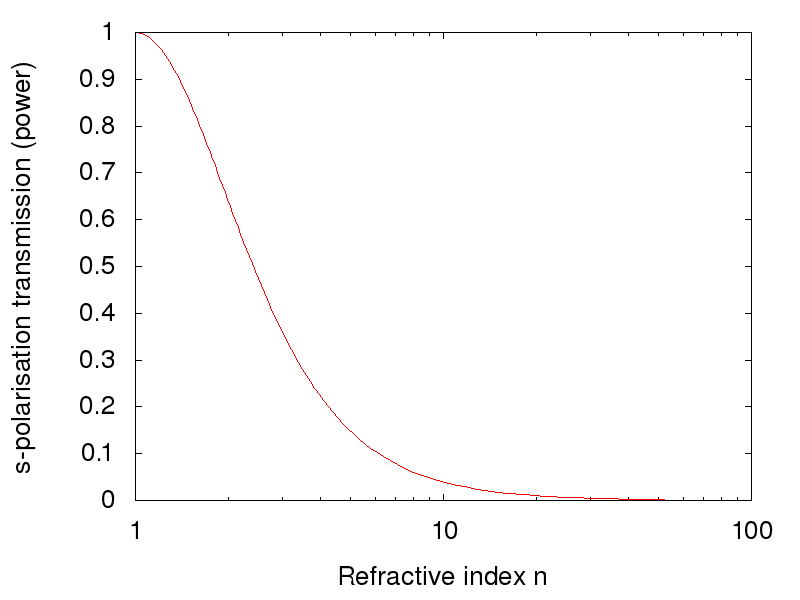 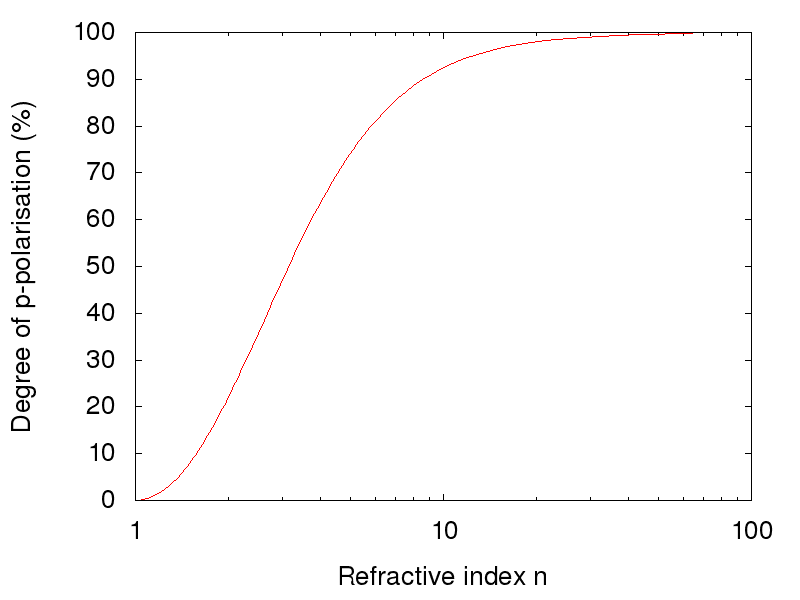 EDIT: As Rob's answer shows, the degree of polarization in the transmitted wave depends on the difference in refractive index of the two media forming the interface. My comments only concern typical situations of glass and air, water and glass, etc. See Robs answer for a more complete answer.

Not the answer you're looking for? Browse other questions tagged refraction polarization or ask your own question.