I know the relation between the terminal voltage, V and emf of the cell, V' while charging given by

Can anyone please explain why in charging a cell, the sign changes from - (which is when the cell discharges) to + in detail by deriving the formula ? 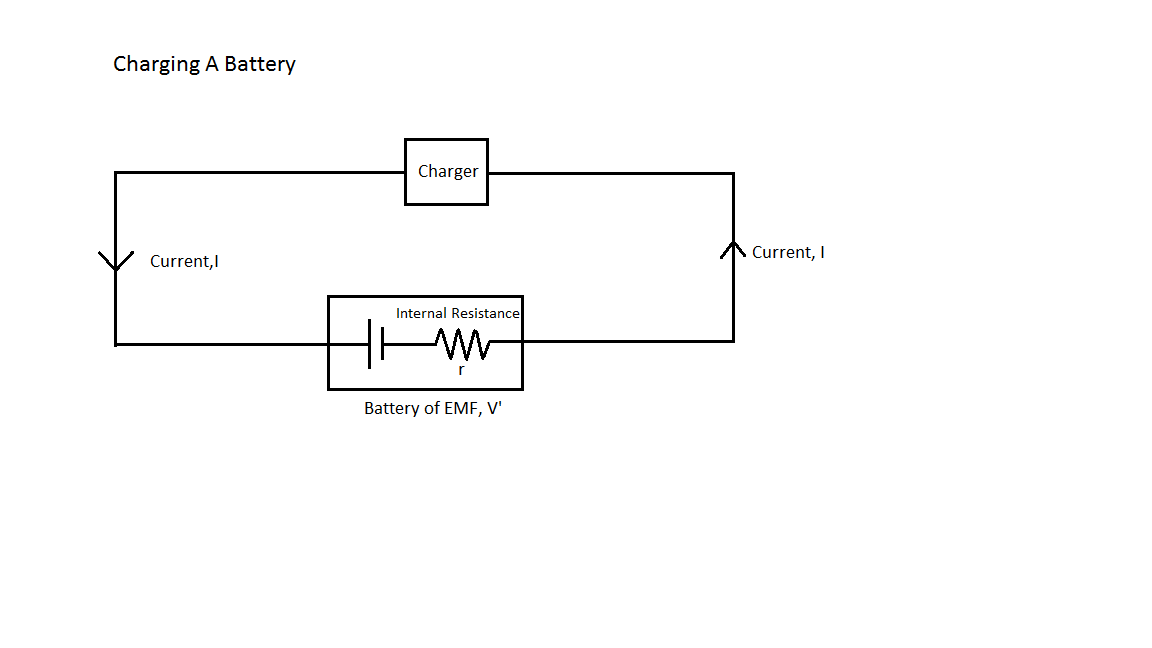 The diagram shows a cell of emf, V' and internal resistance, r being charged up by a charger.

So the total applied potential difference across the cell must be $V = \mathcal E + IR$.

It might be clearer if both sides of the equation are multiplied by the current $VI = \mathcal E I +I^2R$.

Now doing the same when the terminal potential difference is less than the emf of the cell.

$\mathcal E I$ is the electrical power supplied by the cell from the chemical reaction within the cell.
$I^2R$ is again the rate at which heat is produced due to the cell having an internal resistance.
$VI$ is the power delivered to the external circuit by the cell.

0
Li-ion Battery charging
1
Why does internal resistance increase as current decreases?
4
Emf of a Cell in an Open Circuit
0
Emf Independent of External and Internal Resistance
1
Confusion about calculating resistances & terminal voltage
0
Why is the EMF=terminal voltage in an open circuit?
1
Why doesn't this formula given by my book about cells being connected in parallel work?
0
Voltage across points when going in reverse direction across cell