Why are only some portions of the EM spectrum able to pass through a metal dog bowl? 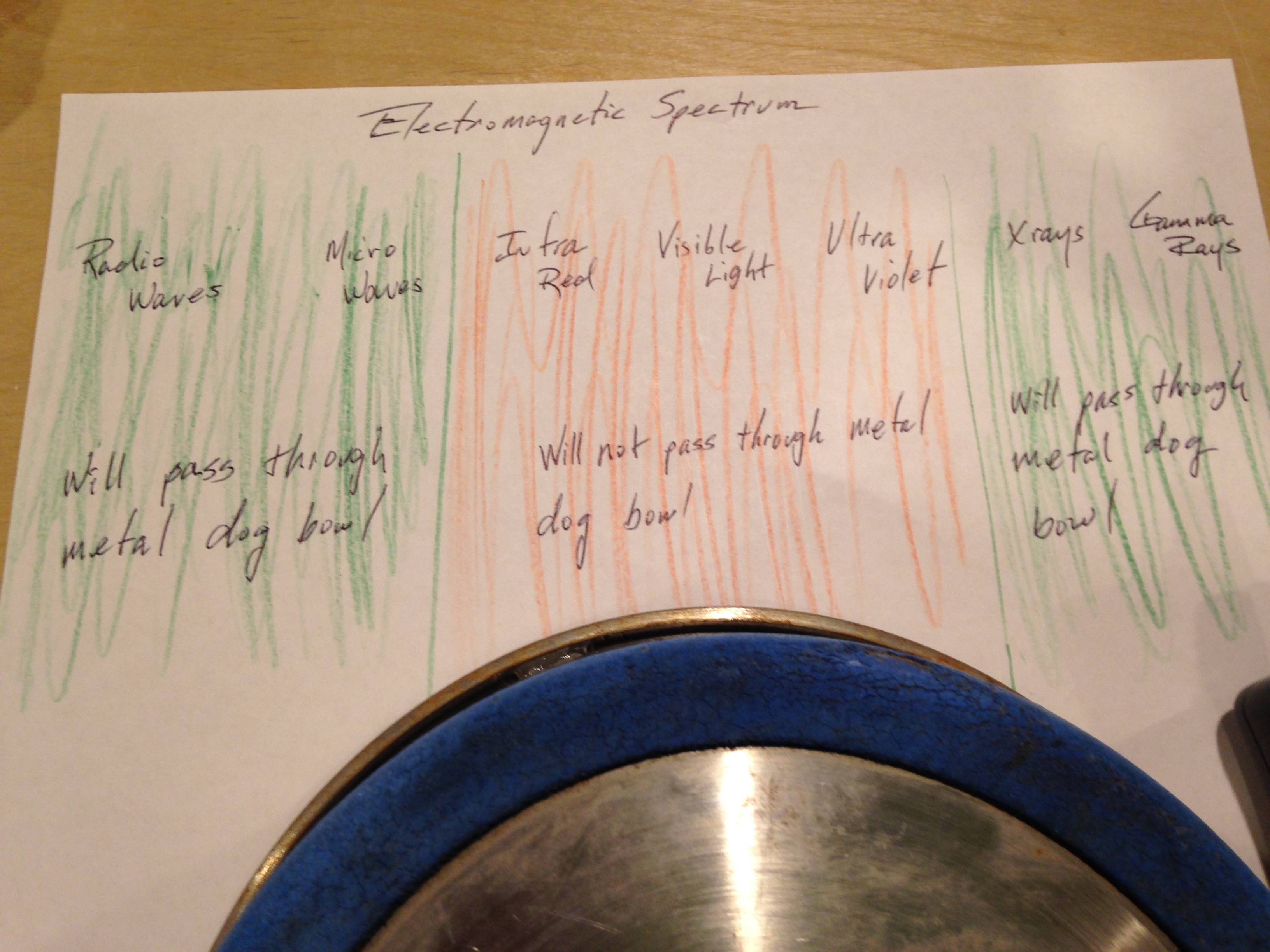 In this photo you can see part of the bowl, which I turned upside down and placed on top of various electromagnetic sources to determine whether the waves could pass through it. The graph in the background illustrates my results.

For the shorter wavelengths, I had to guess. I knew that ultraviolet would be blocked, but I assumed that x-rays and gamma rays could go through the bowl.

To me, is seems that wavelengths in the range of, say, 100nm to 900nm are more easily stopped by the bowl. Even though I used a metal bowl, I think a plastic or paper bowl would produce similar results.

So my question is: why are the waves in the middle of the spectrum stopped by the bowl and not those at the ends?

Here are some of the items I used in my experiment: a TV Remote, a Bluetooth device, an IPhone, our Home WiFi, a Cellular LTE, a Sprinkler Remote, and a Radio.

All of the items on my list were able to pass through the bowl except the TV remote, which I assume was infrared.

Long-wavelength and short-wavelength radiation passes for different reasons: long-wavelength does not actually pass, but bends around the bowl due to diffraction (or is reflected from the walls), as the wavelength is greater or of the order of the dimensions of the bowl, and short-wavelength radiation passes because its frequency is higher than the plasma frequency of the metal of the bowl. Plastic and paper can give very different results (for example, in the visible range, if the plastic is transparent).

Not the answer you're looking for? Browse other questions tagged electromagnetism electromagnetic-radiation experimental-physics home-experiment or ask your own question.

0
Are there photographs taken in only the microwave spectrum?
1
Why EM wave frequency should be more than plasma frequency of the metal to pass through?
2
Why doesn't infrared radiation pass through objects?
3
Why can't ultraviolet light pass through glass?