It is my understanding that we have no fully working model for Quantum Gravity. However, I imagine one would need to take quantum gravity into account when making discoveries in, say, particle accelerators. How is it taken into account if we don't understand it?

The standard model of particle physics, which incorporates innumerable observations, depends on the mathematical model of quantum field theory, where the interactions under study are modeled with the iconic Feynman diagrams. These diagrams

The known forces are ranged according to their strength 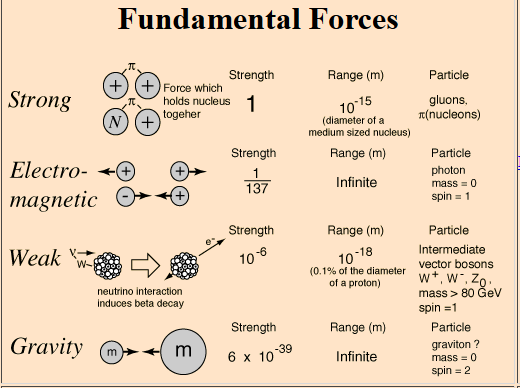 For effective theories of quantization of gravity, that is what makes the gravitational effect not measurable in particle experiments, if you look how many orders of magnitude smaller than the coupling of the weakest fundamental force , gravity is.

There is considerably more that I could write on. However, the net upshot is that these RG flows tend to converge at higher energy. I now appeal to a diagram that shows how these RG flows occur

This shows the convervence of gauge fields, in particular $SU(3)\times S(2)\times U(1)$ leading up to the grand unification. The diagram also illustrates how supersymmetry makes the renormalization converge getter. There is a similar flow with gravity. The energy scales at which gravitation becomes strong is very high, the Planck energy or Planck mass. A chart below illustrates these scales. The huge difference can be seen with the force between two electrons by gravity $F~=~-Gm_e^2/r^2$ and their electrostatic repulsion $F~=~(1/4\pi\epsilon_0)e^2/r^2$. Another way to see this is that elementary particles at energy scales we can play with are very low mass compared to the Planck mass $\sqrt{\hbar c/G}$ $\sim~10^{19}GeV$ It takes a lot of energy to excite the vacuum state to produce units of Planck mass, which are the "atoms" of black holes.

As a result a $10TeV$ energy machine is $15$ orders of magnitude lower than where quantum gravity is expected to behave as a strong force. However, not all is absolutely lost. Above I mention the graviton is a triplet state of colorless gluon-like particles. Maybe these gluon-like particles are S-dual particles of the gluon with very weak force. This means that di-gluons in experiments we conduct are dual to gravitons and give us a window into quantum gravity. There is in fact a lot of interest in AdS/black hole-like physics with heavy ion scattering physics. A paper on this illustrates possible physics with large numbers of quarks and gluons, or quark-gluon plasmas, that are dual to black holes and quantum gravity physics. 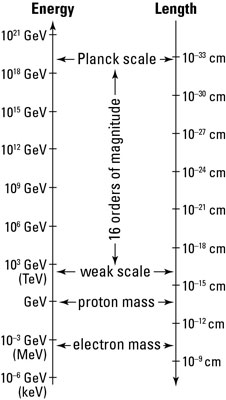 Not the answer you're looking for? Browse other questions tagged quantum-gravity estimation approximations particle-accelerators order-of-magnitude or ask your own question.

7
Why can't gravitons be created in traditional particle accelerators?