I've been struggling deeply with this statement in my textbook (Physics Second Edition by James S. Walker). 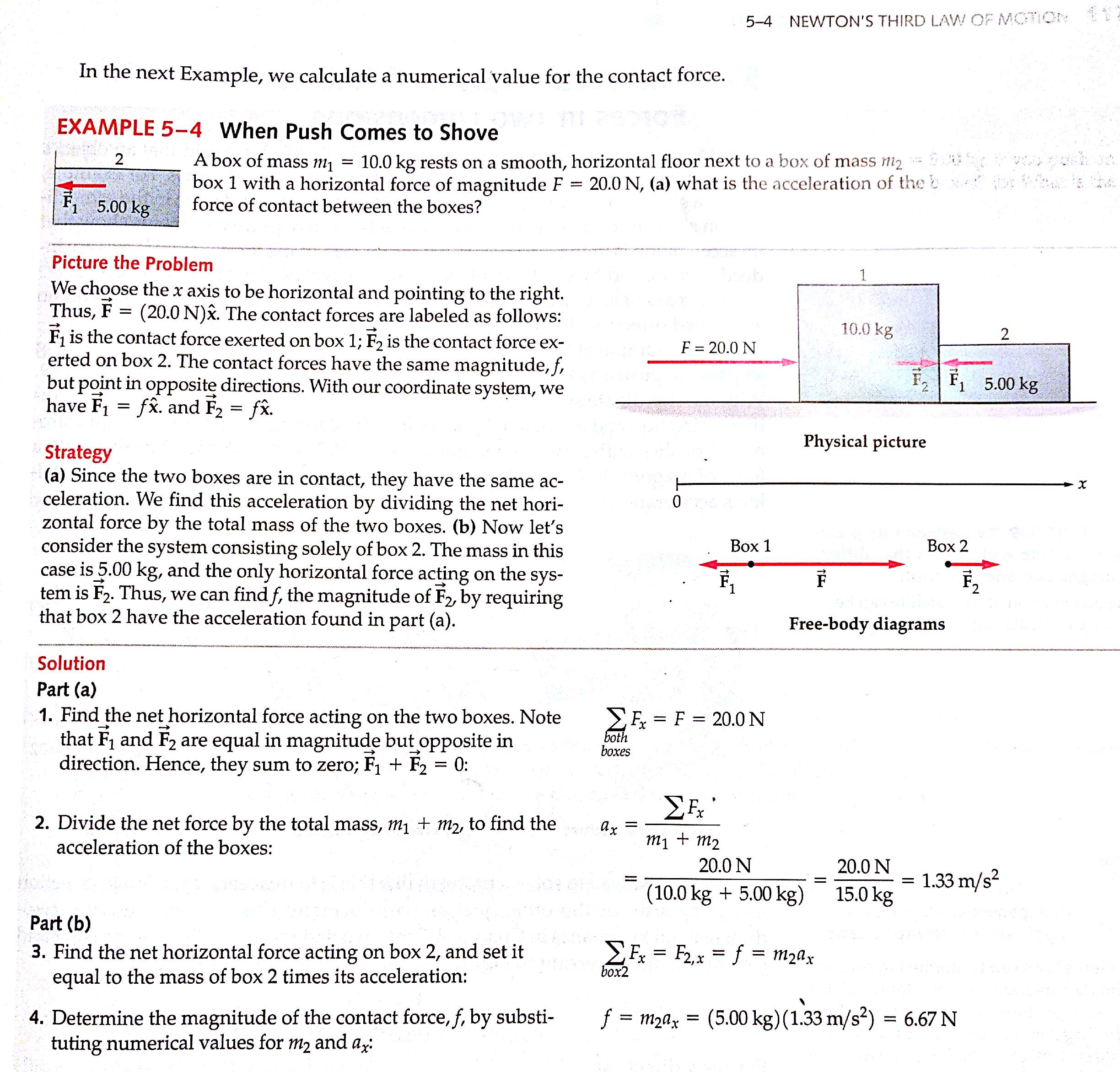 All help is appreciated.

Let me answer your specific doubts.

Aren't they action-reaction forces, so shouldn't they not be cancelled out?

Here F1 and F2 are action-reaction pair, so they have equal magnitude, and are acting opposite to each other.

But, will they cancel or not? To answer this, I consider your next question.

Aren't they equal and opposite, and act on different objects?

You are close to the concept. Whether any object(s) is(are) same or different depends on how we've defined the system. If you define the system as the (10 kg + 5 kg) masses, then F1 and F2 are forces in the same system, and hence they cancel out.

If you consider them as different systems, you have to take into account all the forces which are acting on each. So the 10 kg mass suffers F and -F1, whereas the 5 kg mass suffers only F2.

In the problem, first the whole system (10 kg + 5 kg) is considered to find out the acceleration a. In the this case, F1 and F2 are internal forces which cancel out (if you don't understand why, read about motion of rigid bodies to get a picture). Next, the individual masses are considered as one system each, to find F1/F2.

Aren't they action-reaction forces, so shouldn't they not be cancelled out?

Yes, they are a action-reaction force pair, and yes because of that they do cancel out.

The trick is that such action-reaction pair doesn't work on the same object. They are equal and opposite, but if you only look at one object, it only experiences one of these two forces. So for one object, they don't cancel out - and that's maybe what you had in mind?

Since this situation looks at both boxes and defines it's system including them both, we must take both these forces into the calculations. And then they cancel out.

You can think of it like this: Action-reaction force pairs always cancel out if they are both there!

If you push on a box, you actually only push in the first layer of atoms (roughly speaking). These atoms then exert a force on the next layer of atoms (and these react with a reaction-force). And so one. There are plenty of action-reaction pairs going on, because every object or system can be broken down into it's tiny particles it is made of. And you never think about these - because they all just always cancel out. And that is because they are all a part of the whole system as being a part of the object.

0
Two objects exert forces on each other, will the reactions affect them?
0
How is an object kept on a table is at rest?
0
Confusion with Newton’s third law
1
A broader view on contact forces
0
Conceptual Physics - Action Reaction Forces and Acceleration of an object on a uniform slope ramp
0
Sense of Coriolis force and Tractive force