How does Huygens's Principle Work?

I just learnt about Huygens's principle that each point of a wavefront acts as a point source producing wavelets. However, I tried drawing it in a diffraction situation, but it doesn't come out right. In theory, if the gap size and the wavelength is same, maximum diffraction occurs, but when I try to draw this on paper it doesn't produce semi-circular wavefronts. It makes the edges rounded while the middle is flat.

Something like this when I draw, but isn't it supposed to be semi-circular if wavelength is same as gap size? 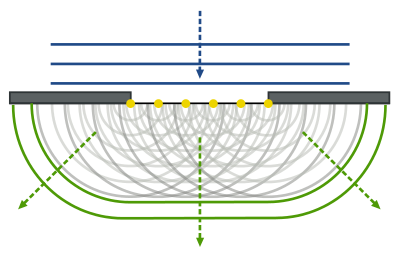 Using Huygens to draw pictures is good for illustrating diffraction but you have to be cautious when interpreting the diagrams.

The diagram below shows the Huygens construction for wavelets separated by one wavelength and there being 11 secondary sources in the slit. 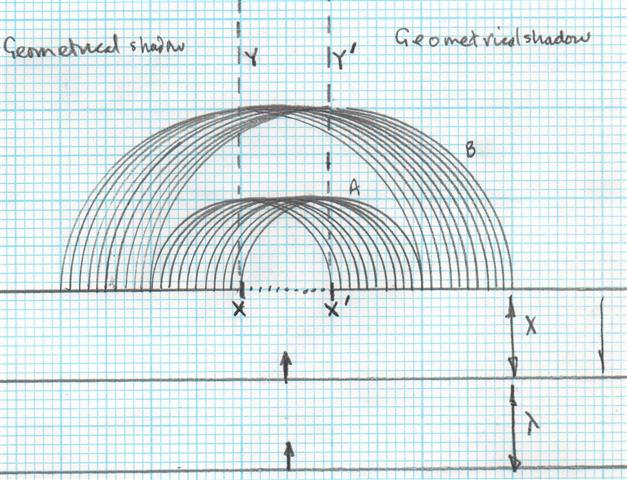 Lines $XX'$ and $YY'$ demarcate the region where one would expect to have light if one was considering light to travel in straight lines - geometrical optics.
What you must note is the envelope of the Huygens wavelets between those two lines is a straight line and its length stays constant as the waves travel further and further from the slit.
So by the time you get to 40 wavelength from the slit you almost get what you expected - a semicircular wavefront centred on the slit. 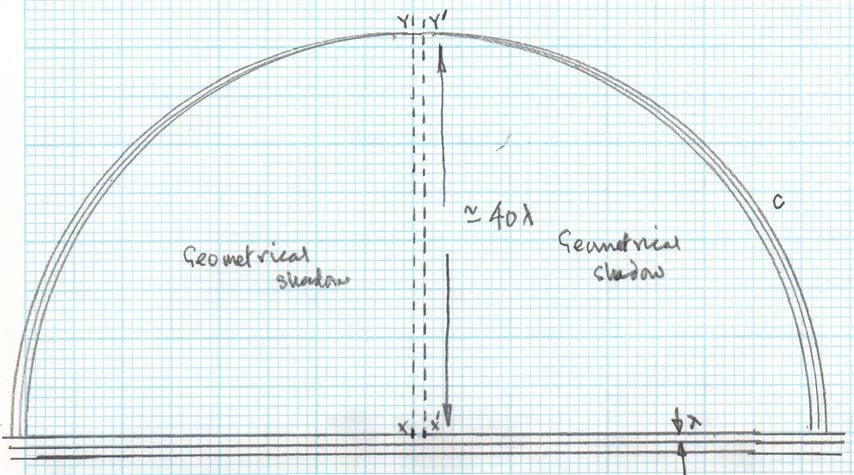 For clarity in the second diagram I have just shown three 3 secondary sources in the slit.

This drawing of the wavelets can be avoided using Mathematics and refinements to the secondary wavelets.

So the diagrams which you draw give you an idea as to what happens but for the detail you must resort to methods which do not rely on drawing semicircles on paper.

The picture you posted from wikipedia is rather misleading. In fact, Huygens's Principle and what your teacher have taught you is correct: light passing through any aperture is diffracted as if it were coming from a number of aligned point sources (like in the image you provided). However, what this diagram mis-represents is that the sum of the circular wavefronts generated becomes somehow "flat". If this were indeed the case then light passed through a aperture much larger than its wavelength would create an image on a screen placed some distance away from the aperture that is a perfect point, with decaying intensity at the fringes (this seems to be what @garyp is suggesting in his comment).

However, in reality what we find is that the "image" - this just being the light collected at a plane located some distance much larger than the size of the aperture -- follows the pointspread distribution function. 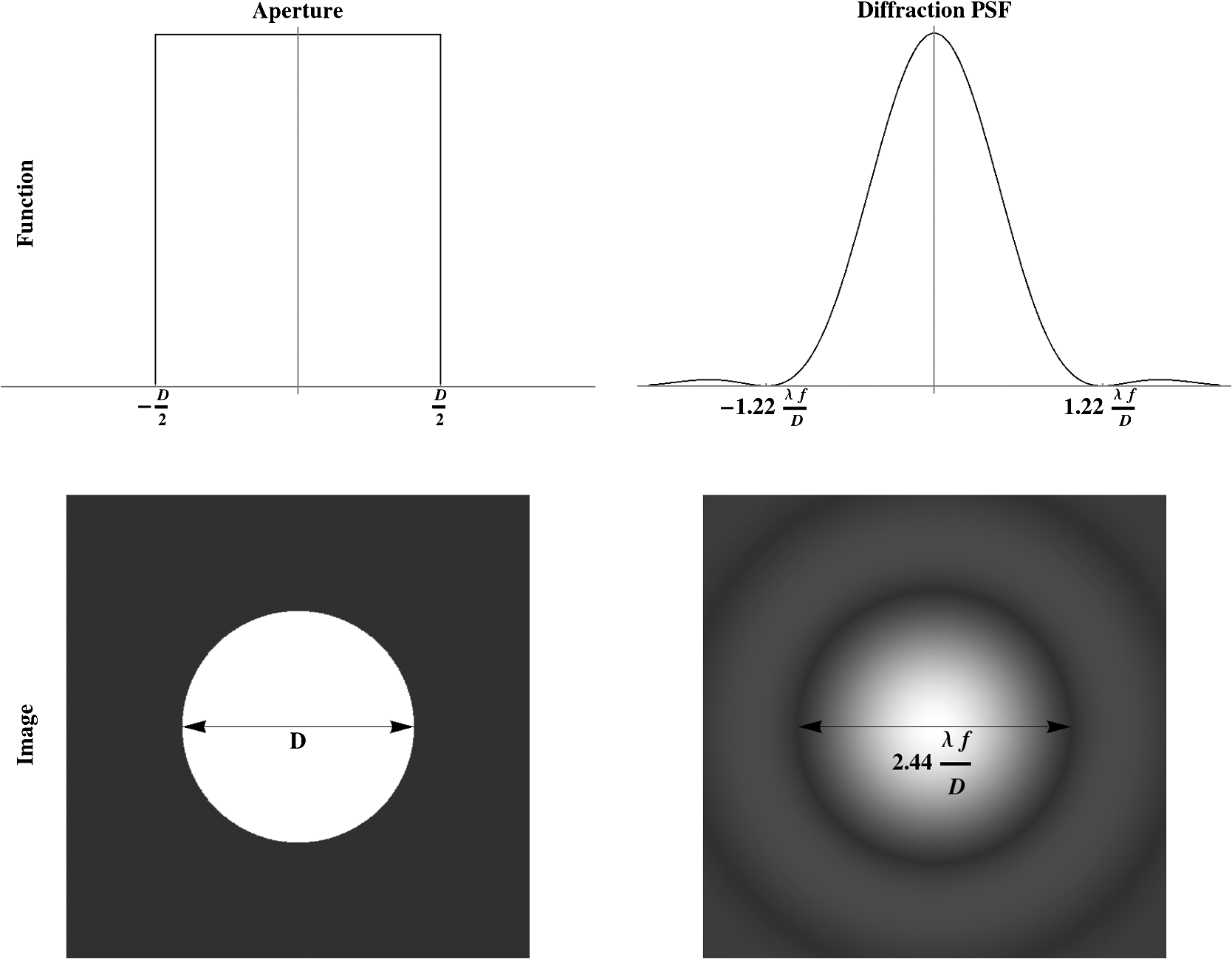 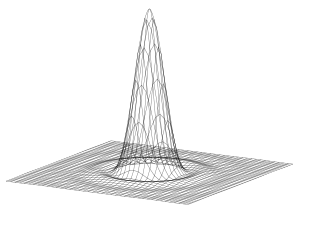 This function can be rigorously derived fromt the assumption of Huygen's Principle, and is derived in Chapter 29 of the Feynman lectures (Lectures on Mechanics).

Not the answer you're looking for? Browse other questions tagged homework-and-exercises waves diffraction or ask your own question.

5
Why is it difficult to differentiate between interference and diffraction?
16
Relationship between slit size and wavelength in diffraction
2
Huygens' Principle During Reflection: comparing wavelets from before reflection with wavelets from during reflection
1
Is there any limit to distance between two waves when used in Huygens principle?
0
Amplitude at successive wavefronts?
9
Fraunhofer diffraction contradiction
0
Why are diffracted wave fronts drawn with curved edges in textbook diagrams, when according to Huygen's principle they should be straight lines?
1
Huygens' principle: Its correct interpretation, and why there is no destructive interference in every wave? (unsatisfied with current answers)