Optical distortion caused by a vortex: “gravitational lensing” in a swimming pool?

Falaco solitons were accidentally discovered by professor R. M. Kiehn while he was visiting a friend's swimming pool. He describes them as

[...] a pair of globally stabilized rotational indentations in the water-air density discontinuity surface of the swimming pool. (source)

In this video he demonstrates how to produce them by moving a half submerged dish in a water surface. The circular black discs we can observe at the bottom of the pool are apparently explained by Snell refraction (I took the image from the document linked before): 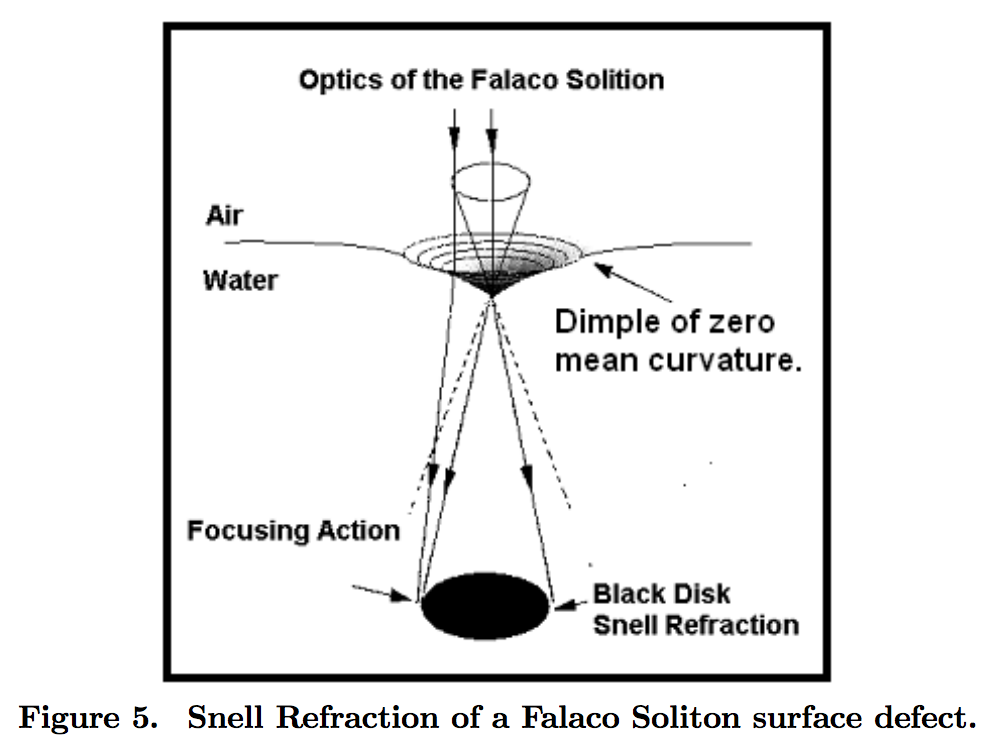 Interestingly, at minute 0:30 of the video, something rather strange occurs: the disk on the left suddently fades out and then seems to disappear: 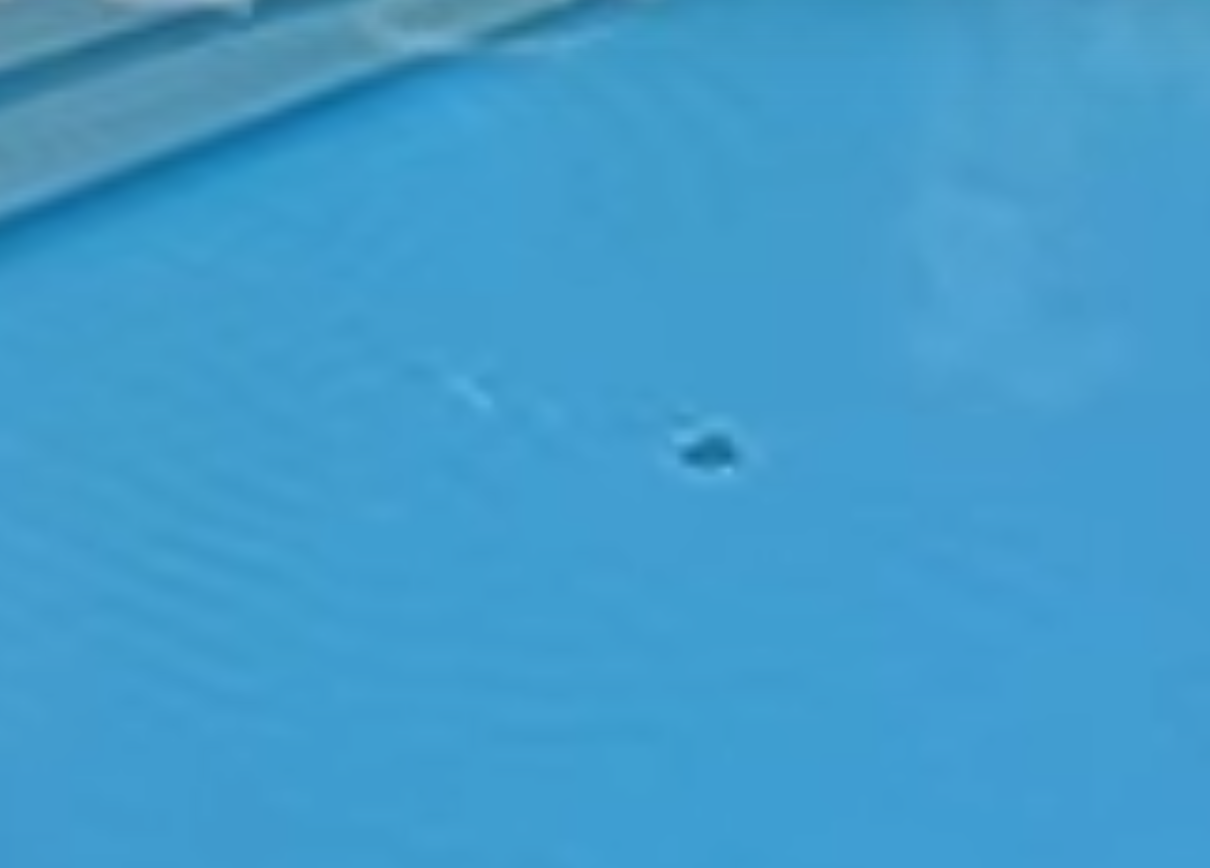 We can hear him exclaiming: "Oh, look at that, that spike completely disappeared when the dimple was superposed right over!", and, a bit latter: "It looks like a gravitational lensing effect!". Unfortunately, the video image definition is not very good, making it difficult to appreciate the effect, but it seems like the right vortex is producing some kind of optical distortion on the background image which is revealed when it is superposed over the dark disk on the left.

It would be nice if someone knew what is causing this particular effect. Could it really have something to do with gravitational lensing?

3
Is it possible to make an optical lense that is an analog to a gravitational lense?