Does resistivity of material change under strain

As I am reading the document on physics of strain gauge, I encounter the following paragraph that I do not understand. How could resistivity change (delta rho) under strain/elongation? I always thought resistivity is a constant. 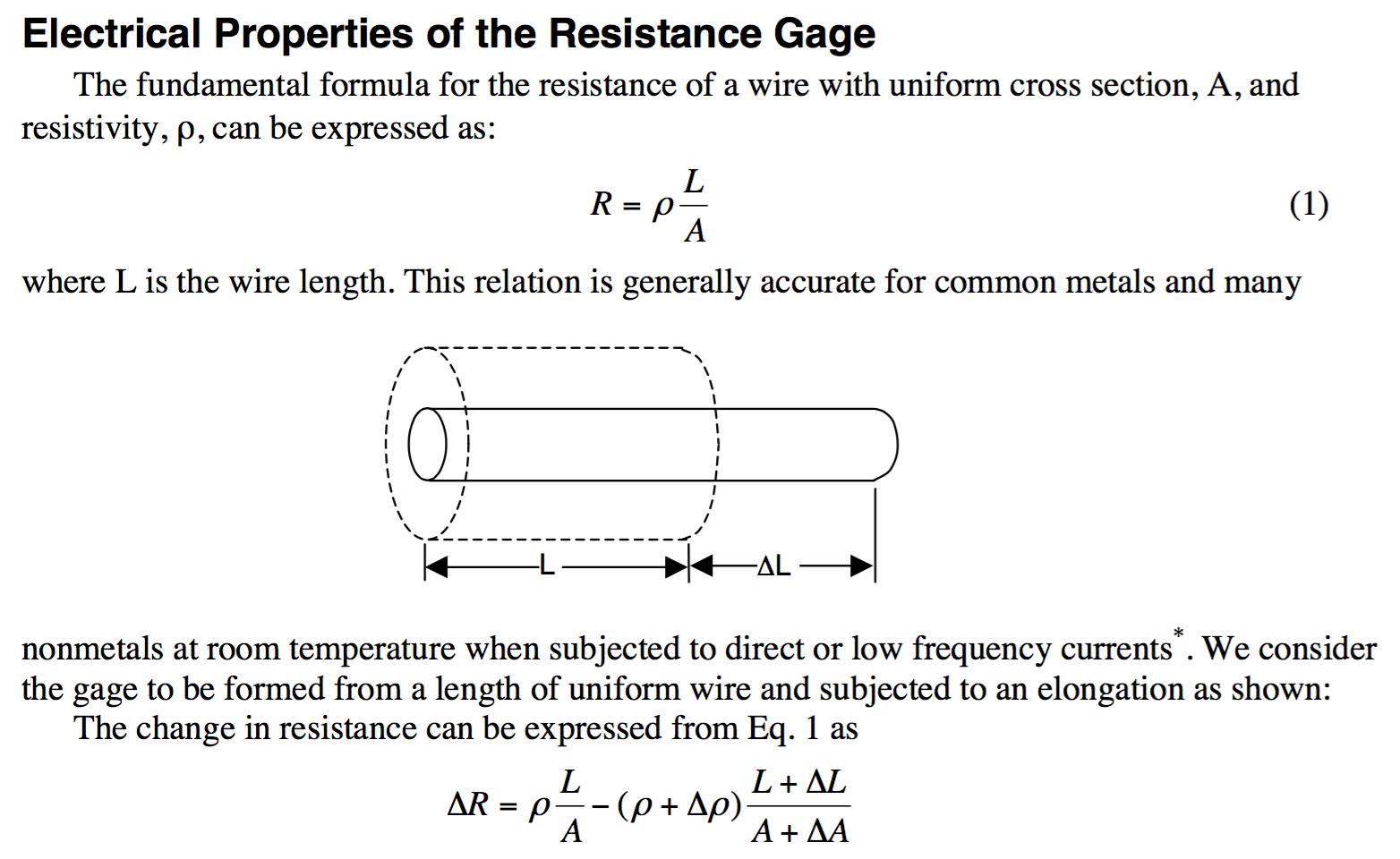 I always thought resistivity is a constant.

No, resistivity does change under strain. This phenomenon is called piezoresistivity, and it is, in fact, the main physical phenomenon on which strain gauges are based.

For metallic conductors the relative change in resistivity is approximately proportional to the change in volume of the conductors [1],

where $C$ is called Bridgman's constant. For many metals its value is around unity.

A (too) simplified way to understand the above formula is to refer to the Drude's model of conductivity. According to this model the conductivity is given by

from which one obtains

As I wrote, this model is very simplified and the proportionality coefficient between the relative change of resistance and that of volume is not one, but close to one for many alloys.

For semiconductors things are more complicated, and the effect is anisotropic. The explanation lies in the change of the energy bands caused by the strain. The relative size of the effect is much greater than the case of metallic conductors. Thus, semiconductor strain gauges have a much greater sensitivity with respect to the metallic ones, but are less stable and accurate.

It is worth noting that the piezoresistivity effect causes a change in the temperature coefficient of conductors when they are mechanically constrained, because the resistivity becomes affected by the thermally-induced strain of the supporting element. Interestingly, this effect can be exploited to build resistors with very low temperature coefficients, of the order or below $10^{-6}/\mathrm{K}$.

Not the answer you're looking for? Browse other questions tagged electrical-resistance stress-strain or ask your own question.

1
Does temperature coefficient of resistance depend on geometry?