Is it possible that big bang are still happening?

I was reading on this site about big bangs, and it got me wondering, about two things.

1) if there were multiple big bangs, then is it possible that one galaxy from another explosion is heading our way? 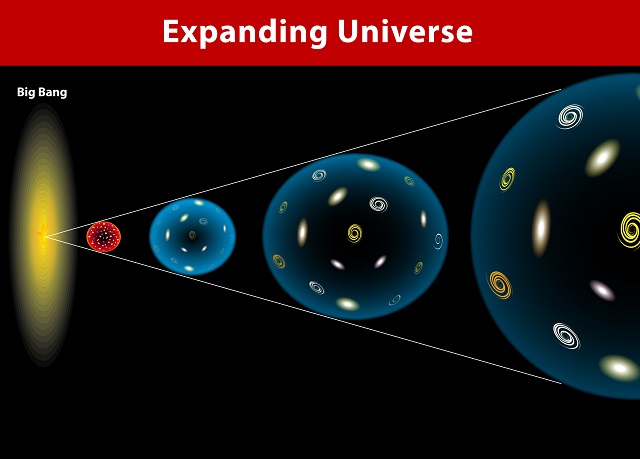 2) If there are multiple explosions, then did those explosions occur at the same time ? or they all exploded within certain time-frame or is it possible that somewhere in the infinite universe, there is still a big bang yet to happen?

PS : not from a physics background, so please go easy on me.

Strictly speaking the term Big Bang refers to the zero time limit of an FLRW universe. However theories of what the universe might be got more complicated when the theory of inflation was proposed, and in particular when eternal inflation was suggested. So these days the term Big Bang is sometimes used to mean the moment when inflation ended and normal spacetime expansion began.

If we consider an FLRW universe the geometry is pretty straightforward. There was only one Big Bang, it happened everywhere at the same time, the universe is the same everywhere and it expands uniformly. So in a universe like this there is no danger that a universe from another Big Bang is heading our way.

By contrast the theory of Eternal Inflation makes life more complicated. In this theory what we see as our universe is just a small pocket in a much larger spacetime undergoing exponential expansion. In this theory we would be just one of many (possibly infinitely many) such pocket universes, and it is possible that two pocket universes could collide.

There has been some interest in looking for evidence of such collisions in the cosmic microwave background, and claims for such evidence have been made though they are not generally accepted. Even if such collisions have occurred they probably occurred in the very early stages of the universe formation and well before any galaxies formed. Any collision zone would also, with a high probability, be a long way from us and the expansion of the universe would be carrying us away from it. So once again the chance of any galaxies from a different universe heading our way is vanishingly small.

I should emphasise that all theories about what happened in the first few femtoseconds of the universe are speculative and unsupported by any experimental evidence. While they are fascinating to think about you should be very cautious about taking any of them seriously.

1) if there were multiple big bangs, then is it possible that one galaxy from another explosion is heading our way?

I think you mean by this, could a galaxy from another universe enter our universe? If you think about it, we assume that every object in our universe obeys the same physical laws, and that the values of physical constants, such as the speed of light, or the makeup of quarks into protons, is the same everywhere in our universe. In fact, if there are different universes, which we have no idea is true or not, those rules could be the definition of any particular universe.

So, if there is another universe(s), there may a different set of rules. So we may notice a very "funny/strange" looking and acting galaxy, completely different from ours, if it comes from a different universe.

If there are multiple explosions, then did those explosions occur at the same time ? or they all exploded within certain time-frame or is it possible that somewhere in the infinite universe, there is still a big bang yet to happen?

We don't know the answer to any of these questions, because we don't know what caused the big bang in the first place, so we cannot predict that another one or more big bang(s) will occur.

The best page to read to understand more about the big bang is: Wikipedia Big Bang

When one considers different big bangs as explosions that could collide with each other then it mean that there has to be some space between the two big bangs that can be crossed by the stuff coming from the respective big bang explosions. However, that would imply that the big bangs do not happen through all of space. Instead, one gets the picture of localized explosions happening at some distances from each other. This is not the general view of what a big bang is.

Now, to avoid confusion, I'm first going to talk from within the perspective of the standard view of one universe that was created by a (one) big bang. I'm also going to assume that this space of the universe is finite and not infinite. Like a ball. Although the surface of a ball is finite, it has no boundaries. So let's assume that the entire universe has a finite volume without boundaries. In this case, the entire universe started from a situations where the volume of this space was very small, theoretically infinitesimally small (however, we don't know this for sure because we cannot observe it that far back). Then this volume started to expand, doesn't matter whether you want to include inflation in the model or not. Bottom line is, it expanded to the huge volume that we observe today. So the big bang is simply this expansion of the volume. It is not that the universe expanded (or exploded) in some existing space. The universe is the space and there is nothing beyond it. What if it is not like a ball, but actually does have an infinite volume. Not a big difference. One just needs to understand that one cannot talk about a small initial volume in such a case, but one can still have the expansion.

Now, to deal with all those caveats. One is the scenario that John Rennie explains. In this case, the entire universe did not start from an infinitesimal volume, but rather with some finite volume that is at least big enough so that one can identify different regions. Some localized regions then started to expand as if they are universes all by themselves. In this case there would be space between the regions that are undergoing expansions. However, for these regions to be colliding, the intervening space need to be shrinking otherwise the expanding regions would never touch each other. This is not the conventional understanding of a big bang, because this does not involve all of space. This is therefore a little bit more like an actual explosion. It is also a little unscientific, because the chances to get any scientific observations that can test this theory is extremely small.

Going even further a field, one finds the notion of a multi-verse, also called parallel universes. In this case however, each universe has its own space that does not have to be connected in any way with any other universe. As a result, each one can expand at will without ever encountering any of the other universes. Of course, one can dream up many different conceivable ways in which these universe may somehow affect each other. However, again this is rather unscientific, because of the general lack of any scientific evidence to support such notions.