Why does sound propagate in all directions from source?

Recently I've read about sound wave propagation. Let's look on loudspeaker. If it creates sound waves by pushing and pulling the air in front of it , how we can hear sound when we are behind the loudspeaker or above and under? How does sound travel in all directions from loudspeaker's membrane? 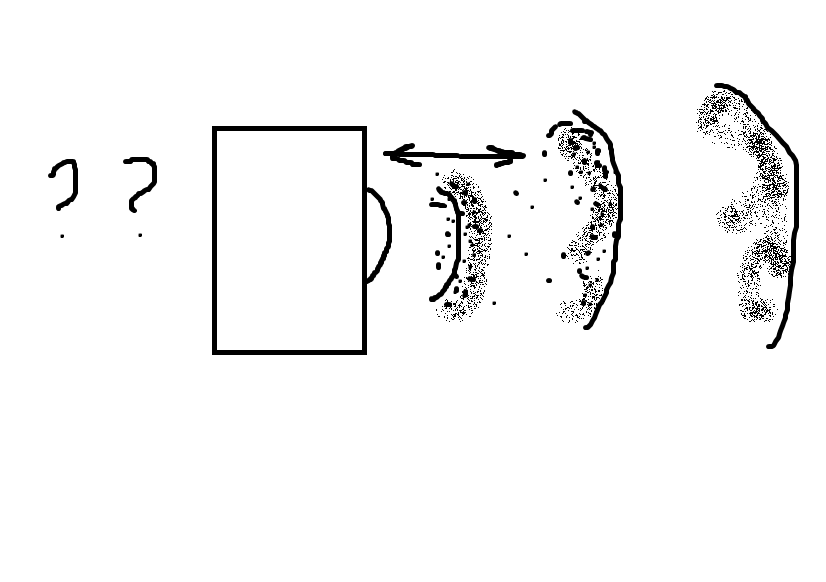 Reflections from hardish surfaces and diffraction. The housing and the object on which the loudspeaker stands will also vibrate and produce sound waves.

@Farcher's answer say it all in a nutshell. Basically, the dominant factor behind the sound reaching behind the loudspeaker, is reflection from surrounding objects, and the vibration of the loudspeaker itself(not very clear sound). Anothet important factor, is diffraction which is common to waves. The sound waves diffract around the corners of the soundbox, producing disturbances behind the box as well. One more thing: the picture you gave shows a sort of sound 'beam'. In general, the wave is much more spread out even at the box membrane.

It depends on the geometry and vibrational mode of the vibrating source generated. It can be spherical, cylindrical or plane wave fronts.

Use turning fork as an example, we can regard it as a quadruple source (see the link here) and also animations for vibrational mode of tuning fork.

If the membrane diameter is small compared with the wavelength in air (which is usually the case with loudspeakers) then the sound will travel omnidirectionally. Think of extending your curves showing the sound wave, into full circles.

With low frequencies diffraction is much easier - it is as though the box is not really there at all.

Not the answer you're looking for? Browse other questions tagged acoustics molecular-dynamics or ask your own question.

2
Does EM radiation (any, i.e. RF), or sound, radiate everywhere at once?
14
Is it possible to create an audible sound source in mid air by intersecting ultrasonic sound beams?
3
Using sinusoids to represent sound waves
5
Relationship between sound pressure level and amplitude of signal
2
Relation between the direction of propogation of sound and loudspeaker's diameter
2
How does a flute produce its sound?
1
How sound waves and the air work
22
Why does a skipping rope produce sound when going suffciently fast?
0
Why do sound waves hang together when traveling at different speeds? (i.e., being refracted)