Charged body in hollow conductor : what is the role of insulators and how does the charge distribution change if insulators vs conductors are used?

Question as written in textbook: "Figure 1 illustrates a nested arrangement of four cylindrical conductors (seen side-on in cross-section) in which the cylinders are separated by electrical insulators. A body carrying a charge of â€“Q is suspended in the smallest cylinder." 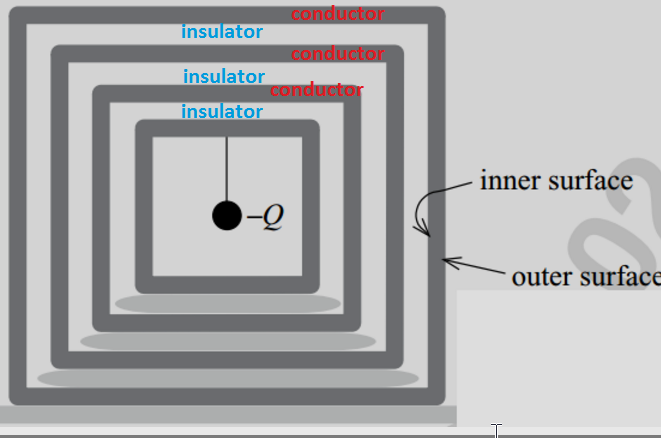 This results in the following charge distribution (answer from textbook): 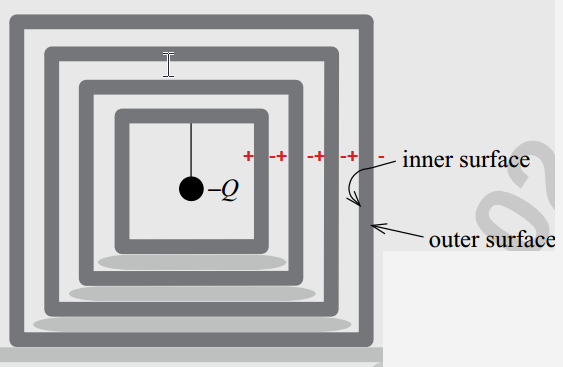 (note, the charges are meant to be on the surface of the conductor)

My question: How does having insulators between the conducting cylinders affect the problem, and what (if anything) would be different about the answer shown in Figure 2 if the material marked insulator was replaced with a conductor? 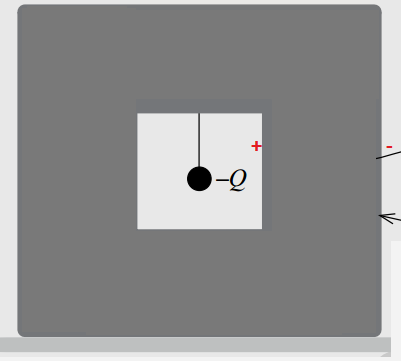 The insulator behaves as per the image below: But is this any different to how a conductor would behave (i.e. if the insulator in the question was replaced with a conductor?) 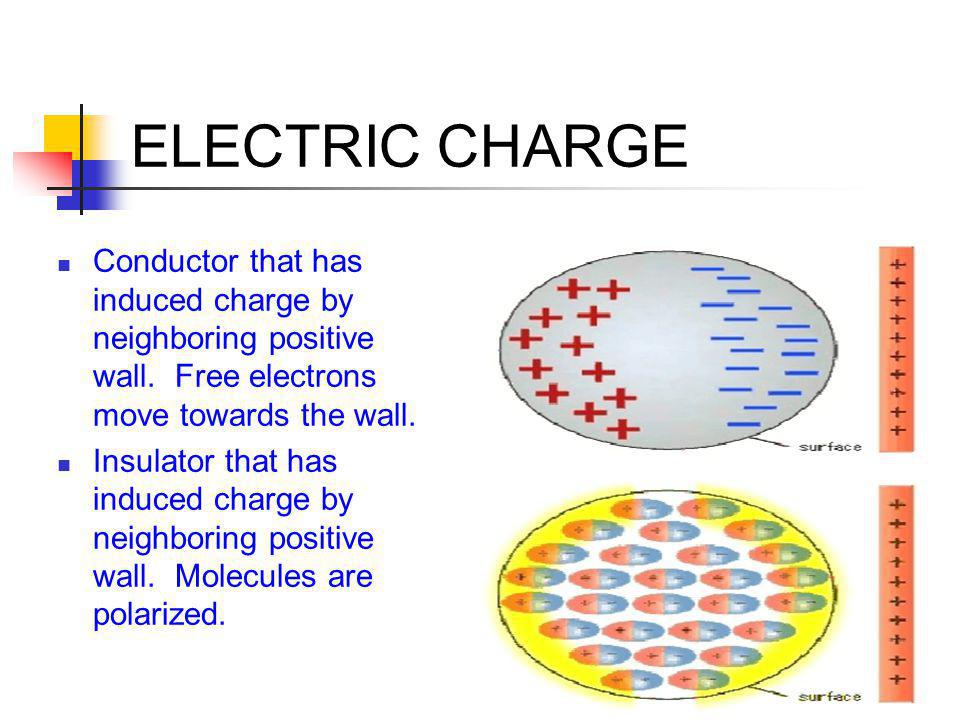 What the insulator does in this problem is keeping the shells electrically neutral. So that any positive charge built on the inner wall will be balanced with the negative charge on the outer wall. And your figure (unlabeled) of replacing the incubator layers with conductors is correct.

An insulator can be thought of as an extreme form of a dielectric. It does not result in decreasing the net electric field due to displacement of charge/ polarisation. So, the main reason the question mentions insulation is that you don't need to consider cancellation of the electric field in the region at all. Just pure E from the cylinders. Connecting all the cylinders to form a block is correct, but what the question wants you to understand is how each part contributes to net polarisation of a bulk conductor.

Not the answer you're looking for? Browse other questions tagged homework-and-exercises electromagnetism charge conductors insulators or ask your own question.

7
What would be electric potential due to induced charge sphere?
2
Will two touching, neutral conductors in an electric field separate?
0
Will charge transfer without friction
2
Interaction of charged particles with a conducting or insulating surface
2
Why does charge polarization generally occur in insulators and not conductors?
2
How do insulators lose their charge?
0
How does charge movement vary between insulators and conductors?
0
What exactly happens when a charged conductor comes into contact with an electric insulator?
1
What would happen to charge distribution when two charged, conducting spheres are placed in contact?