I've got a sci-fi based Physics question that involved Dark Energy...

So I've been watching a lot of Doctor Who recently, and I'm very interested on how his "Tardis" is bigger on the inside.

Here you can see the Tardis looks small on the outside. 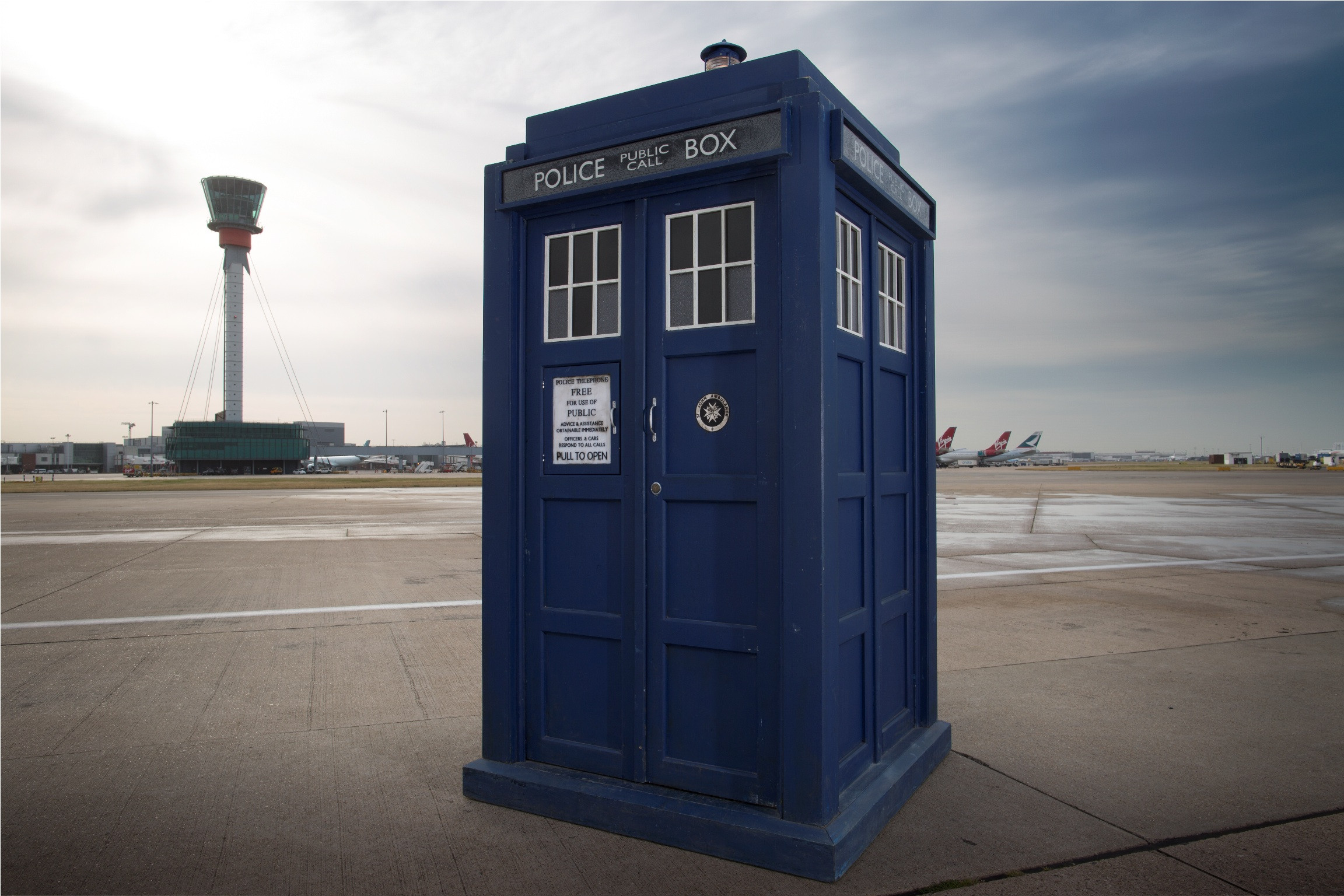 But inside, it's much bigger. 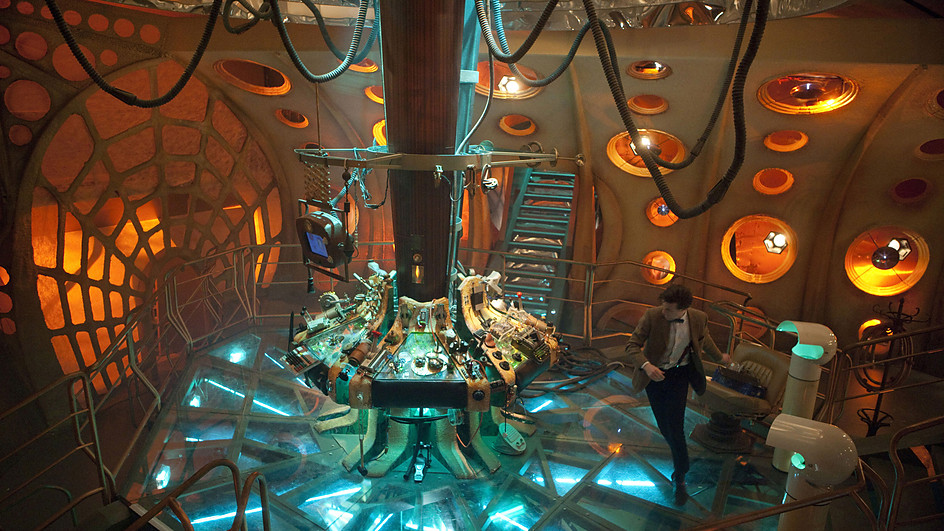 So here is what I've been thinking. What if you got a box (like a Police Box), and somehow filled it with Dark Energy!

Im hoping that the Dark Energy would expand space inside the box, thus making it "bigger on the inside". My question is, could this actually work?

Thanks for your help. (This is just a fun question btw)

This diagram from the paper gives an idea of what the spacetime looks like:

The spacetime is constructed by joining the curved spacetime due to a black hole to the spacetime for an expanding universe. As far as I know this was first done by Markov in the 1960s. For more on this see How does the friedmon solution to Einstein's equations resolve paradox of bounded infinities?. Lee Smolin's idea of black hole evolution uses the same idea.

From outside this object looks like a black hole, but it you fell into it you'd find yourself in an expanding universe much like ours. This universe is closed, but would be expanding away from you faster than you could travel, so to effectively this is an infinite universe contained within a finitely sized object.

As a Tardis this has some serious drawbacks. Firstly it's a one-way trip through the black hole, so you could enter this type of Tardis but never leave again. Secondly on passing through the black hole you'd find yourself at the Big Bang of the universe on the other side, which is likely to prove fatal. Finally, this joining of the spacetimes is a purely mathematical operation. That it can be done mathematically shows the spacetime could exist, but tells us nothing about how to actually construct it or indeed if it can be constructed at all.

There is another possibility, but you need to be aware that this is even more speculative that the spacetime I described above. This is discussed in my question Building a wormhole. If you have a cube whose edges are made from exotic matter then the spacetime geometry around it looks like a wormhole. So if you were to construct such a cube starting in flat spacetime it's possible that would create a bag of gold spacetime rather more manageable that the black hole/universe spacetime discussed above.

But (as far as we know) exotic matter doesn't exist, and even if it did where constructing the cube would actually create a bag of gold spacetime is unknown.

Not the answer you're looking for? Browse other questions tagged experimental-physics space-expansion dark-energy or ask your own question.

22
Building a wormhole
3
How does the friedmon solution to Einstein's equations resolve paradox of bounded infinities?

22
What experiments, other than Hubble Expansion, support the Dark Energy theory?
1
Possibility of making dark energy equivalent with dark matter
9
As the universe expands, why do some things stretch but not others?
35
What are the alternative theories of dark energy? ($w \neq -1$)
0
A layman's question concerning vacuum genesis
4
When did matter/energy come into existence? Before or after the CMB?
4
Does an atom or proton (cosmic ray) get stretched when traveling through expanding space?