Is a photon going through a center of mass affected by time dilation more then another going around?

Please don't mark as duplicate. My specific question was not answered in other posts. And this question here Which Photon would win the race?

is also about neutrinos, electrons.

My question now is only about photons, and the shapiro delay.

then if you try to make analogy to the shapiro delay, then comes my question: 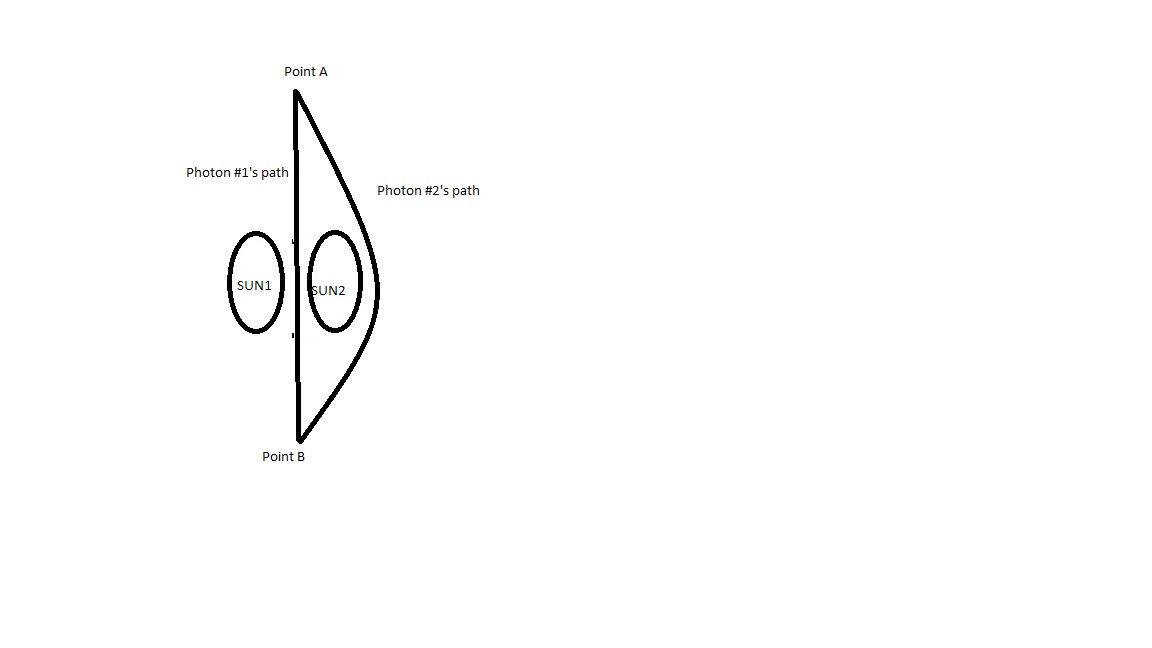 You would think that a particle moving in the centre of mass experiences the same time as moving through space wthout any mass in it. In both cases no gravity is felt, so you would think time proceeds at it's fastest rate. The pace of time is nevertheless dependent on the gravitational potential, which is different in both cases, so time is moving at different paces for the two photons (coordinate time, because for the photon itself the pace of time is zero). So if you compensate for the differences, the two photons don't arrive at the same time.

9
Which Photon would win the race?

0
Special relativity clarifiyng time dilation experiment
0
Yet another question about time dilation
0
How can we justify time dilation if we look through an spyglass at Einstein's light clock?
0
If we shoot to photons to a surface, in which conditions we can differentiate the points where the photons collided with the surface?
0
Are photons affected by SR time dilation (velocity) or not?
0
Would time dilation make it impossible to accurately convert between calendars across the galaxy?