What is a “Center Of Mass” issue of a Gorillapod?

I read somewhere that a Gorillapod may have "Center Of Mass" issues when used with the long lenses.

So, I wish to understand what is a "Center Of Mass" issue?

I have to clarify that I am NOT a physics student nor I ever intend to be. Answers in a layman's language would be appreciated.

It is hard to guess without seeing Gorillapod in use, but my guess would be the following:

Center of mass could be understood as an average position of the mass of the object. In order for an object to be in stable equilibrium, its center of muss must be vertically above the area, which is enclosed by contact points of tripod's legs with the ground. If you use elongated objects, center of mass is far from the point where camera is attached to the tripod and there is large likelihood that it won't be above the specified area, meaning that the tripod together with the object could fall over.

The point is that tripod is designed in a way that center of mass of the object it supports is fairly close to the attachment point, and of long lenses this is not so.

Continuing from Pygmalion's answer a graphical explaination can be as below
(Warning! - Representation may be a bit wierd and out of proportion)

Initially without the camera this is the case 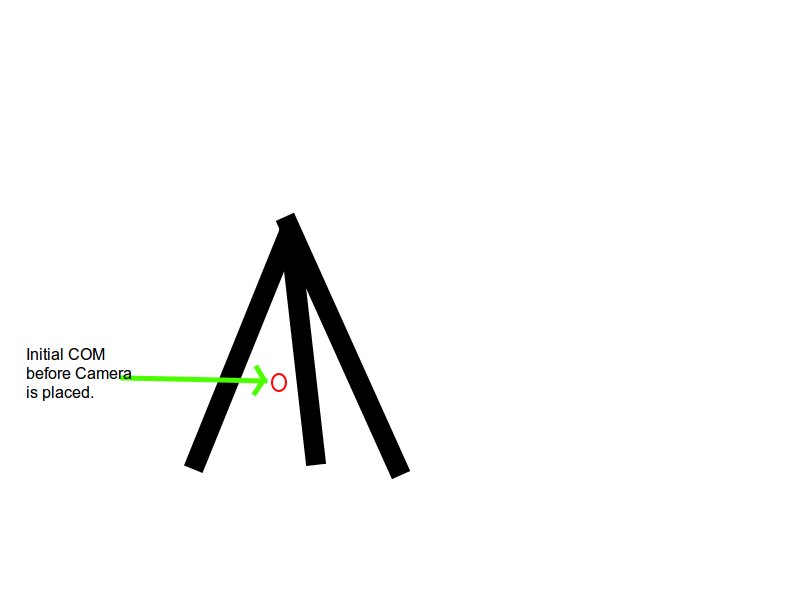 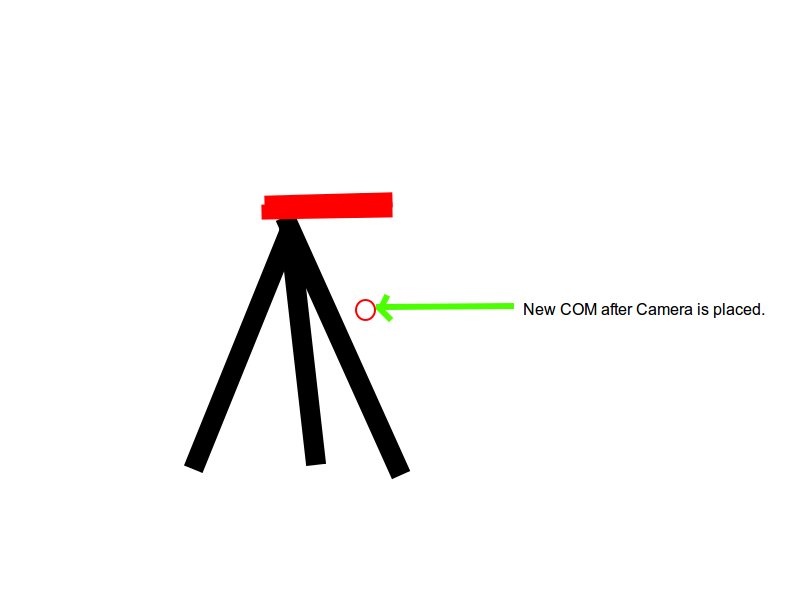 This might be the "Centre of Mass" issue you are talking about.

Stand on your tiptoes and hold your hands out. You will discover what center of mass issues means. Basically gravity is pushing down on the camera/lens and it needs to be supported directly underneath where gravity is acting (center of gravity).

Not the answer you're looking for? Browse other questions tagged terminology definition statics torque stability or ask your own question.

5
Motion of space ship when thrust is off-center
0
Can I define the term energy in terms of work?
5
Why is the definition of inertial mass circular?
3
Torque - Why does a block topple and net torque when net force is non-zero?
2
How would I draw the forces on two identical ladders propped up against each other, connected by a rope?
0
How can I measure some forces in this experiment…? (statics)