Electric Field at the center of the aperture in this case

A small circular piece of radius b much smaller than a is cut from the surface of a spherical shell of radius a. What's the Electric Field at the center of the aperture (magnitude as well as direction)? This is not a homework question. But the reason for asking it is - The electric field at the center of a disk ("of infinitely small width ") is zero . But in the formula for the Electric Field due to disk as I put L=0 E= p/2e * (1- (L/(R^2 +L^2)^1/2) , I don't get E=0 ( where p is the charge density and e is epsilon) I searched about it on net I found something which I didn't understand wholly . I tried to attach the file but it isn't uploading. Secondly , I couldn't integrate (in my question) over the remaining charge distribution to sum the contribution of all the elements to find the field at the center of the aperture. I wasn't able to do it because the field strength was to be found out at the center of the aperture. The center of the aperture was troubling. The question also had a hint with it which said " Remembering the superposition principle , you can think about the effect of replacing the piece removed , which itself is a practically a little disc. " Does it mean that we simply find out the remaining charge on sphere (after subtracting the charge gone with the disc )? I suppose it shouldn't mean this. I would like to understand the answer using both the ways because I want to find the mistake in integration as well as understand the hint. The question figure is- 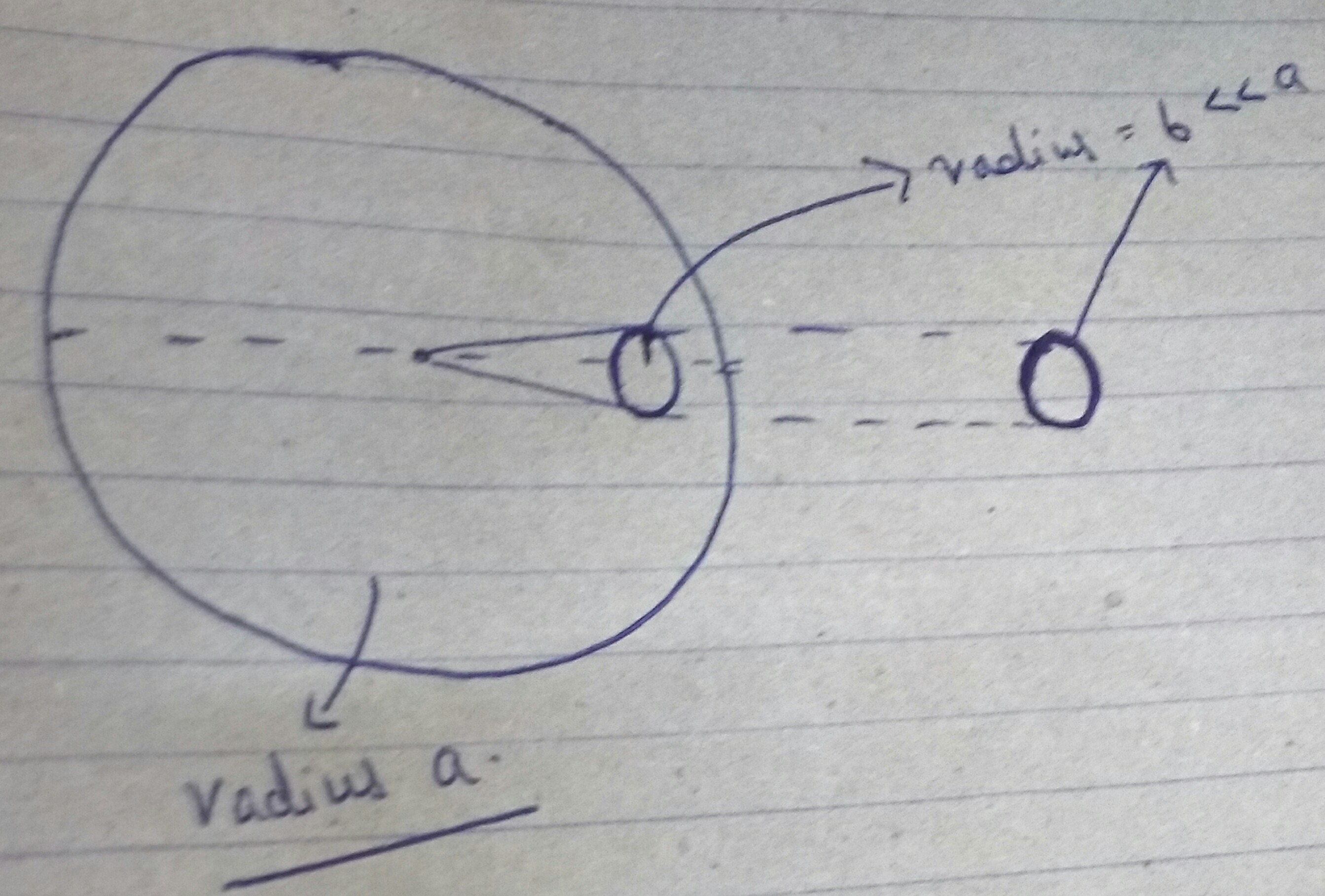 I'll only explain a couple of stuff and you'll do the rest. All you need to do here is find the electric field for a disc of radius r, and take the limit as r tends to zero. This limiting field wil NOT be zero because of the field produced by the point charges at a point on the conductor. Next subtract this field from the field of a conductor ($\sigma / \epsilon_0$) This will show you an interesting fact. For the spherical conductor, at any point $P$ of its surface, half the field is produced by the charges at all other points$P' \ne P$ on the surface, and the other half is produced by the charge at P. The superposition of these two contributors gives the familiar field just outside a conductor as $\sigma / \epsilon_0$.

Not the answer you're looking for? Browse other questions tagged electric-fields integration superposition or ask your own question.