Does a camera measure intensity? (picture of diffraction pattern on a wall)

I was performing a diffraction experiment with a slit of width 0.08mm (reported by the manufacturer). The conditions of my experiment allowed the Fraunhofer approximations. Thus, doing the Fourier transform of my slit in 1D (since the other dimension is so large that diffraction cannot occur) produces the known intensity:

where $a$ is the width, $\lambda$ the wavelength of the source, and $z$ is the distance between the slit and the screen (the wall).

This is my picture: 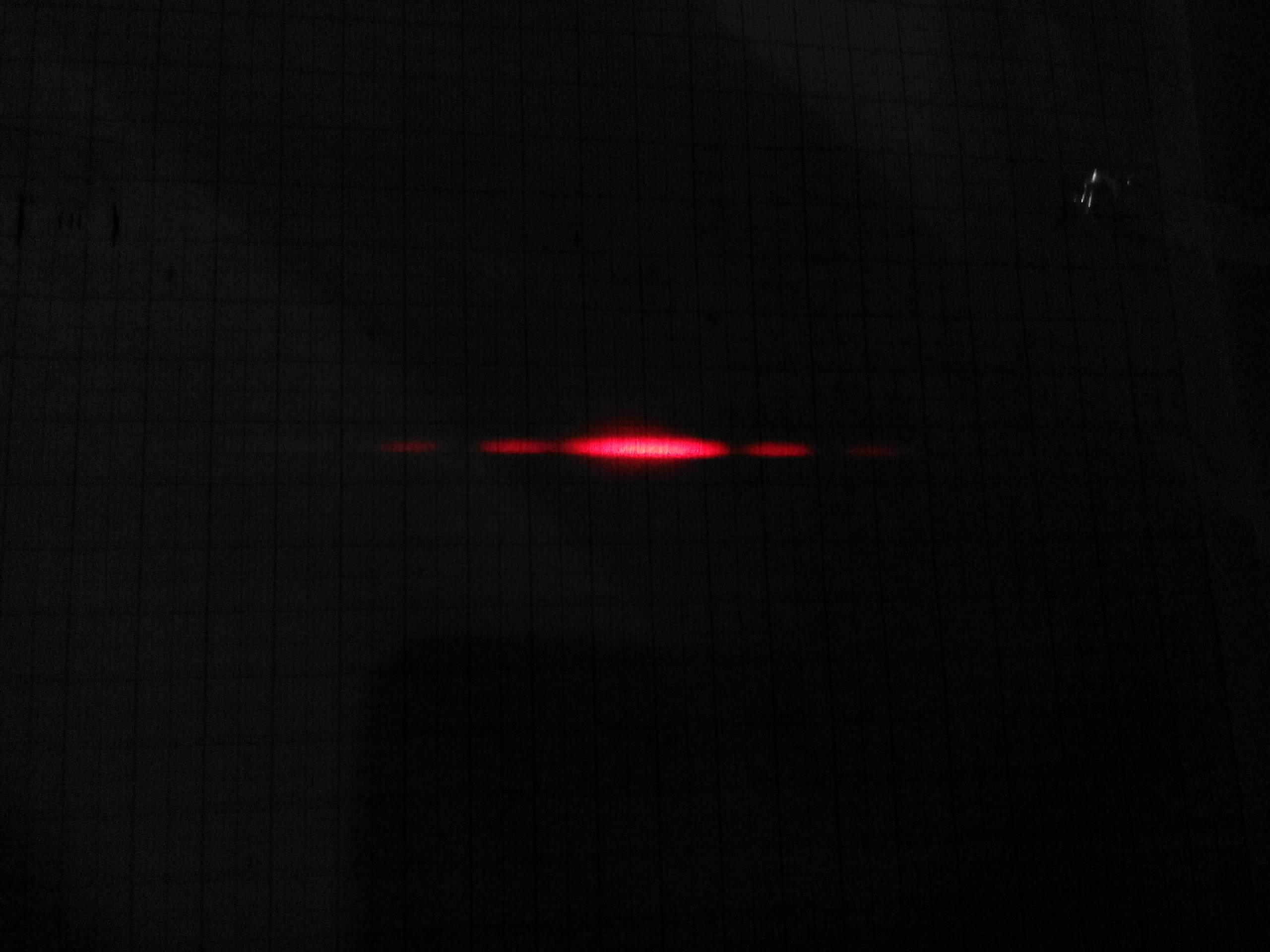 I used ImageJ to obtain the profile of the pattern (I suppose it is an intensity profile since it's the same as averaging the RGB channels of the camera on a line). What I obtain is 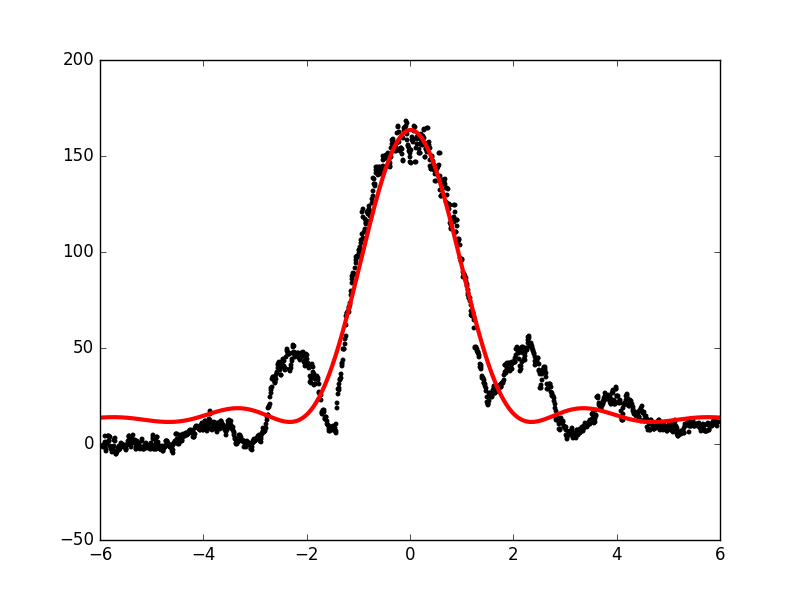 where the $x$ axis is in cms and the $y$ axis in arbitrary units. Clearly the second peaks of the sinc (shown in red) are not as big as the first one (even more if we consider sinc$^2$!). Moreover I got a 0.00123 cm value for $a$ with the fit. The only thing I can think about is that the camera does not measure light intensity, but other thing. Do you know what other thing it's measuring? Or how do I relate what the camera measures with the intensity? Thanks a lot.

Generally speaking, the pixels in an image from a consumer camera will be approximately proportional to the logarithm of the light intensity, not to the intensity itself. This is because the human eye also perceives light approximately logarithmically - we are much better at picking out small differences in intensity in low light than in bright light - so cameras and monitors are designed to imitate this.

So you might get a better fit by using $2^{Dx}$ instead of $x$, where $x$ is the pixel value and $D$ is the dynamic range of your camera in f-stops. I think this will be between about 10 and 20 depending on how good your camera is. (The pixel value $x$ should range from 0 to 1 in this formula, so for example if it ranges from 0 to 255 you should divide it by 256 first.)

Be aware though that the camera's response curve will only be approximately logarithmic. Deviations from this are called the "gamma curve" for the camera. Digital sensors have a lot of design constraints, and (especially at the low cost end) are designed primarily to produce an image that looks good rather than an accurate response. If you really want to be accurate you would have to measure the gamma curve of your camera and use it to produce a calibrated transform.

A camera measures light intensity, but not usually in a linear fashion. To get an accurate measurement of intensity it is necessary to calibrate the camera. There are several good ways to do the calibration. However, the most practical way would be for you to contact the camera manufacturer, let them know what you are trying to accomplish, and ask for data from them.

Not the answer you're looking for? Browse other questions tagged experimental-physics diffraction data-analysis camera or ask your own question.

5
Effect of a wavefront deformation on the far-field diffraction pattern of a TEM00
1
Where does the interference pattern or diffraction pattern due to a single or double slit placed in front of a light source form?
1
Debye-Waller factor from X-ray diffraction data
3
What is the intuitive reasoning behind a factor of 4 in the Fraunhofer double-slit intensity equation?
2
Formula for secondary maxima in Fraunhofer Diffraction?
0
Single-slit Fraunhofer diffraction within finite baffle/barrier
1
How to calculate the width of the dark fringes?
0
Why is the formula of (secondary) maxima of single slit diffraction the same as the minima of double slit interference?