Static Pressure in a Venturi vs a Free stream

We seem to have two conflicting measures of pressure in a Venturi siphon open to the atmosphere,
$\hspace{100px}$ 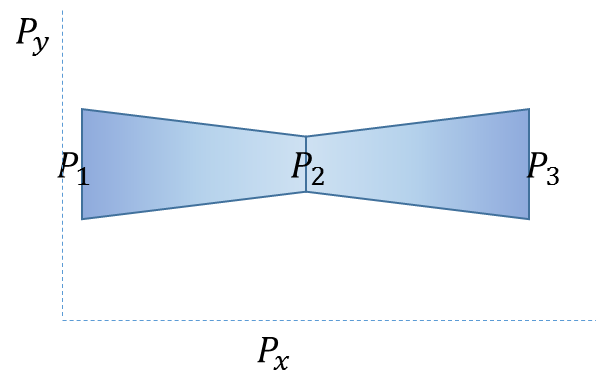 Bernoulli's principle says that, by energy conservation for a steady flow $Q$, the static pressure in a constriction must decrease as velocity increases,$$ P_1>P_2<P_3 \,.$$

Within the pipe (isolated from the atmosphere), this static pressure $P_2$ may fall below the atmospheric outside, $P_{\text{atm}}$

If we introduce an opening between the constriction and the atmosphere then we have a relationship between $P_{\text{atm}}$ and $P_2$.

The classic explanation of Venturi suction is that the $P_{\text{atm}}$ is greater than $P_2$ pushing fluid into the lower pressure. 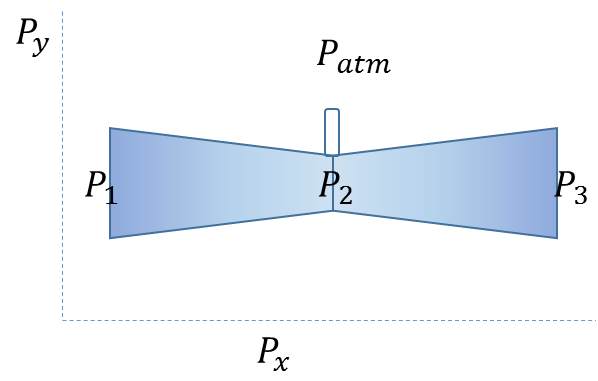 However its cited many times that a fluid cannot sustain a pressure gradient without a flow.

When a fluid flow leaves a confined internal duct and exits into an ambient “atmosphere,” its free surface is exposed to that atmosphere. Therefore the jet itself will essentially be at atmospheric pressure also. 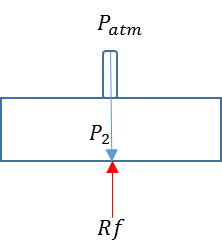 This can only seem to be possible if we ignore Pascals principle of a static pressure (such as $P_2$) acting equally in all directions.

What is going on here? How can I equate these two different rules?

Pressure reduction in high flow speed regions, by virtue of Bernoulli principle, occurs whether or not the flow is exposed to atmosphere. Bernoulli principle is a consequence of energy conservation in the absence of viscous dissipation, and must hold true wherever the approximation of inviscid flow may be applied.

Not the answer you're looking for? Browse other questions tagged fluid-dynamics pressure flow bernoulli-equation or ask your own question.

1
Pressure in Bernoulli's equation
8
Is a venturi pump feasible at very low pressure?
1
Pressure - How much fluid can void support?
2
Pressure just before the hole in a draining tank
1
Pressure near a submerged orifice?
1
If the difference in pressure is zero between two points of a horizontal constant radius pipe, why isnt flow rate zero?
1
Combined Poiseuille-Couette flow
5
What is the cause of “Static Pressure” in flowing fluids? How do we understand the idea of static pressure intuitively?