Photons at the big bang

Did photons exist at the singularity of the Big Bang? If they did not, then does that mean that it is impossible to see what happened at the big bang?

Did photons exist at the singularity of the Big Bang?

You are discussing a cosmological model with a singularity, which is not considered a good model, since when singularities appear in classical physics, and General Relativity is a part of classical physics, quantum effects take over and modify the results. Example the hydrogen atom. Classically an electron and a proton are modeled with a singularity of the potential, 1/r , and classically there could be no hydrogen atom as the electron would finally fall on the proton and disappear. Quantum mechanics solved this by the fixed energy ground level of the Hydrogen atom solution of the Schrodinger equation.

The standard cosmological model still called Big Bang has no postulated singularity at the beginning any longer, an effective quantization of gravity model is used and the quantum mechanical "particles" present in the postulated beginning of the universe are the inflatons. 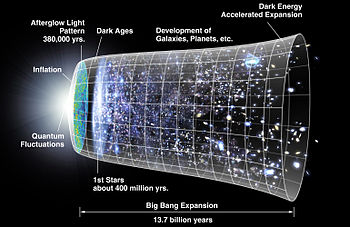 Timeline of the metric expansion of space, where space (including hypothetical non-observable portions of the universe) is represented at each time by the circular sections. On the left the dramatic expansion occurs in the inflationary epoch, and at the center the expansion accelerates (artist's concept; not to scale).

The inflation period postulated instead of the singularity with quantum mechanical arguments has no photons.

As the universe cools quarks gluons electrons etc appear in a plasma soup , and before symmetry breaking all particles have zero mass, i.e. are photon like. What will develop into photons are the four gauge bosons which are all photon like because their mass is zero.

Inflation ended when the inflaton field decayed into ordinary particles in a process called "reheating", at which point ordinary Big Bang expansion began. The time of reheating is usually quoted as a time "after the Big Bang". This refers to the time that would have passed in traditional (non-inflationary) cosmology between the Big Bang singularity and the universe dropping to the same temperature that was produced by reheating, even though, in inflationary cosmology, the traditional Big Bang did not occur.

At symmetry breaking , when the universe has cooled enough, the gauge zero mass particles become the Z W+/- and the photon, so that is the first appearance of the photon as we know it, at 10^-36 to 10^-32 seconds after the beginning of the universe.

If they did not, then does that mean that it is impossible to see what happened at the big bang?

We can only model what happened at the fuzzy beginning of the Big bang with the data we can gather. The Ligo data show that we can measure gravitational waves, so that would give us a handle for measurements on the inflationary period, before the electroweak period, if smart enough exeriments can be proposed and devised. At the moment it is with photons that we have a picture of the early universe, and their measurement gave the data that required to model the beginning of the "bang" as an inflationary quantum mechanical period.

Well, photons were at the Big Bang, but it wasn't light that we can now observe until the era known as recombination, about 378,000 years after the Big Bang, that photons had a practically infinite mean free path due to the majority of protons in the universe being bound up in neutral atoms, and the universe became transparent.

Before then, the universe did have photons, but you can think of it as the mean free path for the photons not being long enough for there to be any light. The universe was kind of "foggy".

Hope this helps! I'd suggest reading a bit about the different eras surrounding the birth of our universe; the wikipedia page is pretty good.

Not the answer you're looking for? Browse other questions tagged photons big-bang cosmological-inflation cosmic-microwave-background or ask your own question.

1
Can anything come out from the big bang?
5
How does the Cosmic Microwave Background give us information about the Big Bang?
1
Big Bang…or…Everywhere Stretch?
11
How do we know what happened during the Big Bang?
1
Is it possible that big bang are still happening?
1
What is meant by “Big Bang” in expressions like “$10^{-36}$ seconds after the Big Bang”?