I have a couple of short questions regarding the magnetic field of a toroidal coil. 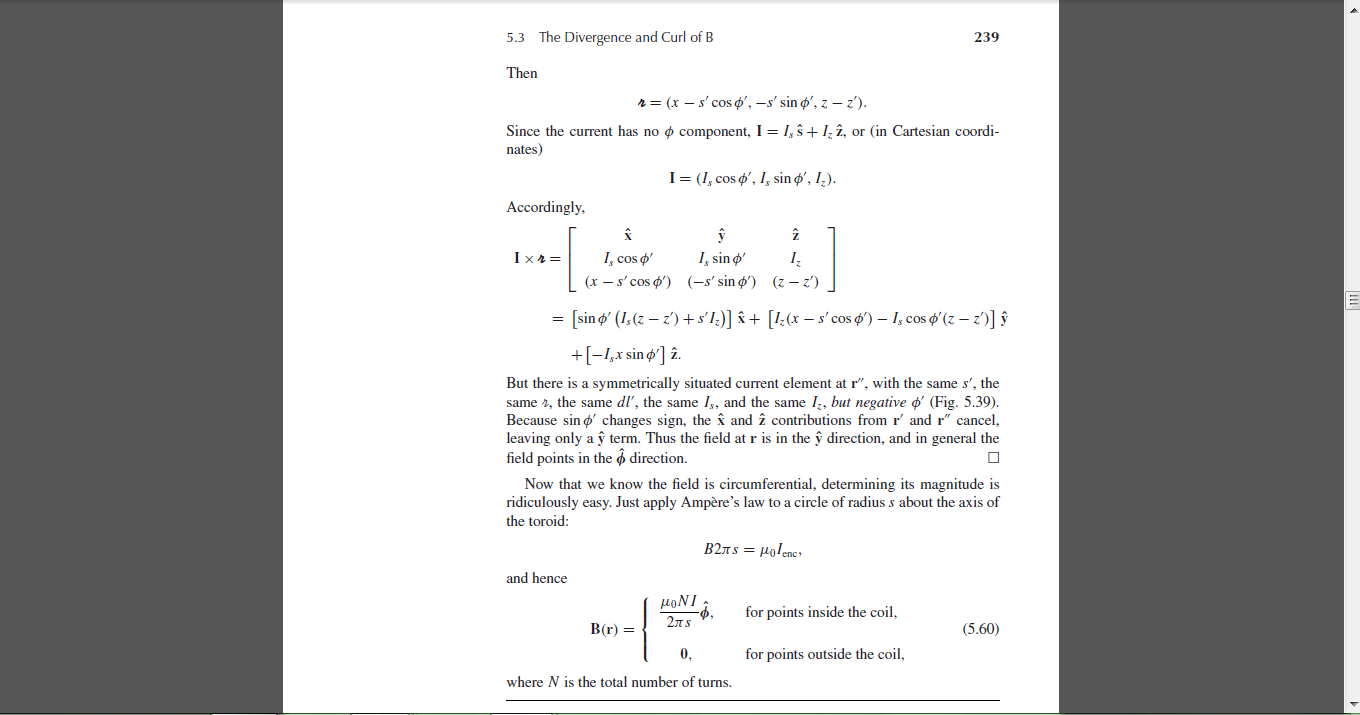 For the first part of your question, you yourself answered. If the coil is wound in some weird shape but is symmterical wrt xz plane, then yes, the sum would point in the $\hat{y}$ . Just have to make sure that the winding is uniform. The fact that it is circumferential follows frm the right hand rule; curl your finger around the direction of current flow and the direction pointed by your thumb is the direction of the magnetic field. Since the current loops are uniform, that is they have the same shape as you proceed along the toroid, at every loop you will see that the field is in fact circumferential (perpendicular to the radial direction at that point)

For the second part, the word circumferential is in the general sense of the word which is 'perpendicular to the radial direction' ie $\hat{\phi}$ ; it is so in spherical polar as well as cylindrical co-ordinates. Dont bother too much about the technical details of the word 'circumferential'.