The derivation of the angular momentum of a rigid body in terms of the moment of inertia considers only the z component. Why are not the other components considered ? 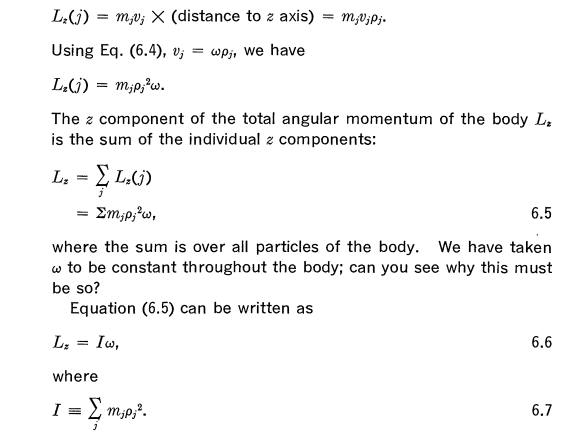 The $z$ axis is of course not special. However, the angular momentum is a vector quantity, and it is often easiest to compute a vector quantity by calculating each component separately. On the other hand, precisely because the $z$ axis is not special, the same calculation will apply to the $x$ and $y$ components, as long as you change what needs to be changed. This last part means that a rigid body really has three moments of inertia -- one for each axis. The formal way to do it is with an object called the inertia tensor. 1

Not the answer you're looking for? Browse other questions tagged newtonian-mechanics classical-mechanics angular-momentum rotational-dynamics or ask your own question.