How does the 11-year solar cycle alter the cosmic ray flux?

Looking at a flux vs. time graph of secondary cosmic rays (e.g. from a neutron station: www.nmdb.eu/nest/search.php can plot you some. I just tried for example Moscow, from 14 Oct 1951 to today, scaling options $\to$ Specify your own Y axis scale -20,20, left untouched all other options), it's easy to see a periodicity that fits well with the solar 11 - 22 year cycles.

So, why do solar cycles influence the rate at which cosmic rays hit the Earth?

I suspect the reason is so well known among experts that is not mentioned in the introduction of the first random article about this I looked for. Maybe you know a nice, simple book/review article?

For our purposes, there are two types of cosmic rays: Particles coming from the Sun ("Solar energetic particles", or SEPs) and cosmic rays from other sources outside the Solar System.

During periods of intense solar activity - not just during the maxima of the solar cycles - SEPs may be released in large numbers. However, energetic particles from the Sun, as well as its magnetic field, can scatter galactic cosmic rays, leading to a much smaller number reaching Earth. This is known as a Forbush decrease.

Here's an example of this, during two coronal mass ejections (CMEs), unrelated to the solar maxima: 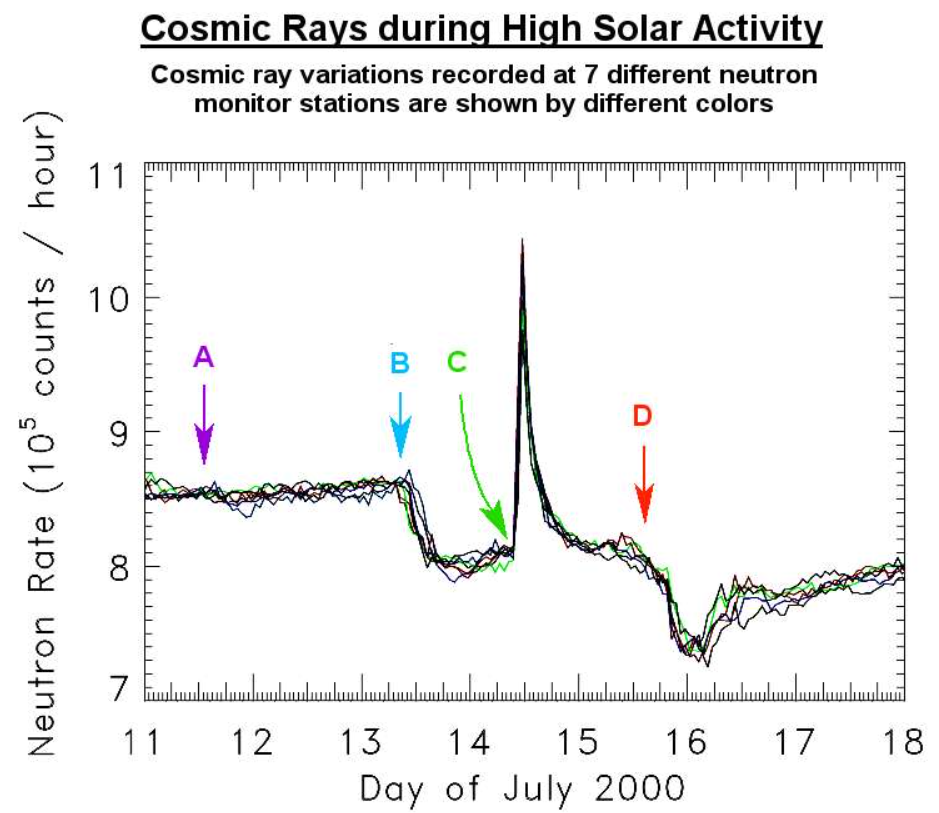 A and C are when the Sun undergoes CMEs, and B and D are when particles from those CMEs reach Earth. Both lead to Forbush decreases, although the second is more dramatic, as is the spike preceding it (likely from SEPs).

On a larger scale, of course, there is indeed a correlation between the solar cycle and cosmic ray detection: 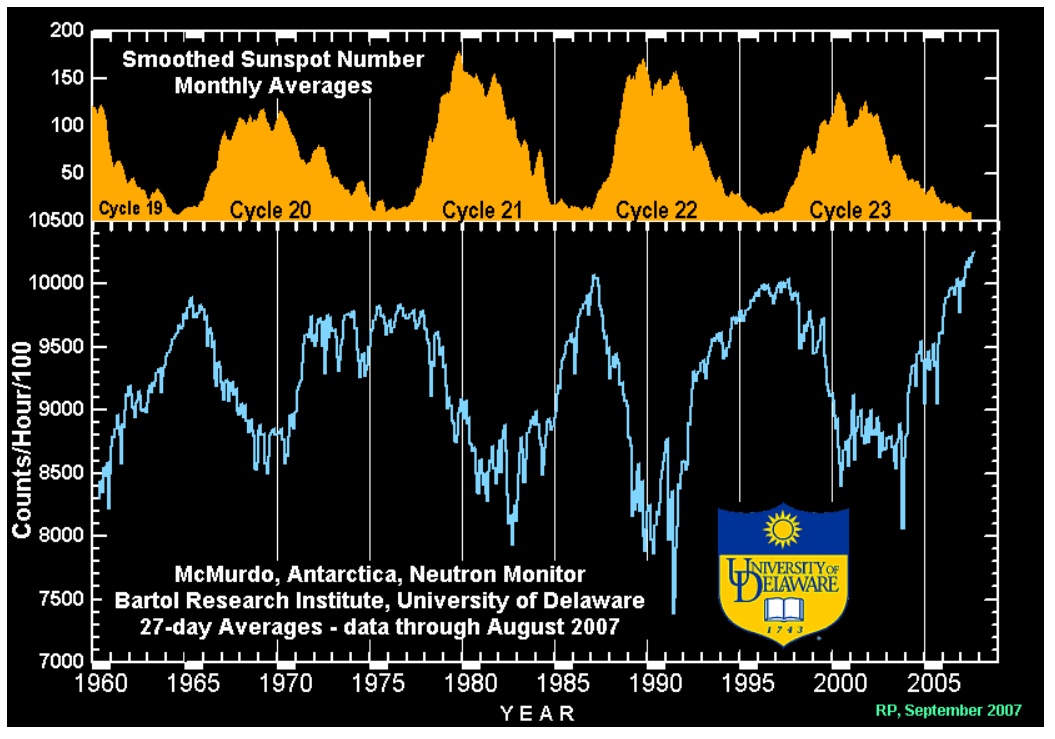 This happens for much the same reasons as the Forbush decreases. The above chart, by the way, matches very well the observations recorded in the graph you specified: 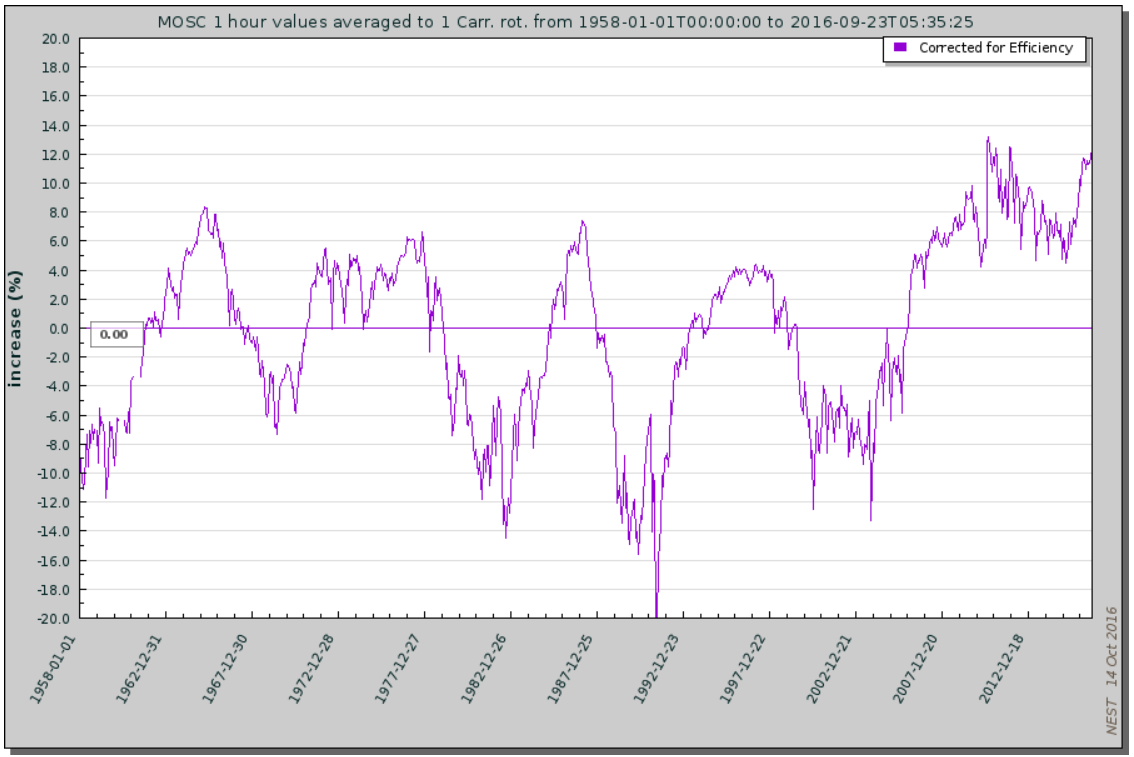 6
How are neutrons produced from cosmic ray particles?
0
How does solar activity affect the ISS?
6
How often does a cosmic ray hit our eyes when we are on Earth?
20
What happens to the electron companions of cosmic ray protons?
9
Is it known what causes the "knee" in the observed Cosmic Ray spectrum?
1
What is the ratio of cosmic ray energy to dark matter energy in our solar system?
1
How does the energy of a solar flare propagate?
4
Measure cosmic ray pions and protons below surface of the Earth?
1
Electrons carry the bulk of heat flux in the solar wind?
3
How does cosmic rays influence aerosol growth?