Can Planck's constant be derived from the maximum free Molecule size? [closed]

This maximum free molecule size can easily be found from Ideal gas law.

When this diameter of a sphere, is used to calculate the area momentum of inertia, which is just a geometrical property. The equation for circular shape in $z$-direction is 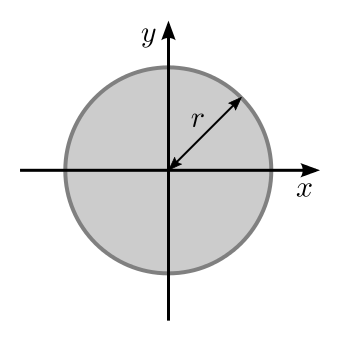 And as this area momentum of inertia is used to calculate Deflections, which have a pure exponential shape. (The own mass of structure is neglected, with own mass the form is Catenary.) The inverse of such an exponential shape is natural logarithm. So multiplying this result with $e^4$ gives;

Question; Can Planck's constant be derived from the maximum free Molecule size? Means; Is this logic valid? (Compared to ie. Numerology)

Can Planck's constant be derived from [insert quantity with dimensions other than action or $\text{action}^\text{power}$]?

Period. Can't do it.

You can only have an invariant relationship (i.e. one where the numbers are equal in every unit system) between quantities of the same dimensionality. If you start with a dimensionful quantity $X,$ then the only way to get a quantity with different dimensions is to take its powers, $X^n$, but that's about it. If none of the powers of $X$ matches the dimensions of action, there is no invariant operation you can perform on $X$ that will make it equal to $\hbar$.

In other words, your "solution" completely ignores units. This is something that should cause an automatic fail in physics tests from middle school onwards.

In particular, for example:

For your purposes, then, your two options are (1) using a single constant whose dimensions are action or a power of it (which are in short supply), or (2) using multiple constants.

Similarly, unless you actually have conceptual underpinnings for whatever numerical coincidence you want to highlight, you're essentially being this guy. (Note however, that the guy in that comic is actually much better off than your attempts here and in your previous question - his units actually check out.)