What news about the second Higgs mode (or the mysterious particle) is anticipated to be seen at LHC around 750 GeV?

A few months ago, there were press releases about a possible second Higgs mode unveiled by LHC experiments. Or perhaps a new particle even more surprising like a graviton ... There was no certainty about this new particle because experiments didn't get the 5-sigma precision on the measures.

I'd like to know whether this new particle is now officially out or not, and a bit more information about it (its nature, mass, etc. if known).

One of the searches performed at the LHC consists in selecting events in which two high energy photons are produced ($\gamma\gamma$ channel) and in computing their invariant mass - the energy of the photon pair in its rest frame $m_{\gamma\gamma}$ - distribution. The standard-model predicts these events to be fairly common (mainly produced by direct QCD processes), and the SM prediction is called the "background". The $m_{\gamma\gamma}$ distribution of this background is quite smooth and if a new particle were to decay into two photons, there might appear a clean, significant peak around the particle mass in the data on top of the background.

(There are many other ways new physics could alter the distribution shape, but this is one of the easiest, and also more or less what happens in the Higgs case, who can decay into two photons).

In 2015, the ATLAS and CMS experiments at the LHC collected around 3 $\text{fb}^{-1}$ of data at a center of mass energy of 13 TeV. Their independent analyses both revealed a mild excess of events above background around a mass of 750 GeV, for which one of the simple explanations was a new spin-0 or spin-2 particle decaying into two photons. 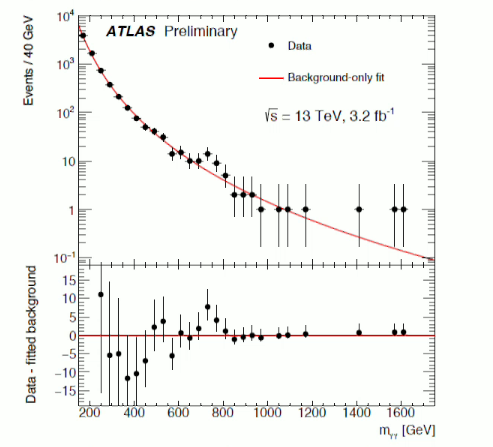 However, because of the finite amount of events, it was very well plausible that this excess was nothing but a statistical fluctuations - we had been 'lucky' and observed more events then there should be on average for $m_{\gamma\gamma}$ around 750 GeV — and the analysis uses a frequentist approach to evaluate the probability to observe more extreme fluctuations that the excesses observed. This probability is required to be higher than approximately $10^{-7}$ (5 'sigmas') but it was closer to 3 sigmas (corresponding to a probability $\sim 10^{-4}$). Moreover, since a large mass range was probed, it was not so unlikely to get at least one excess of this amplitude. This effect is called the Look-Elsewhere Effect. Once accounted for, it reduced the significance down to 1.9 sigma if I recall correctly in the case ATLAS' spin-0 search.

For these reasons, more data needed to be collected in order to conclude about the nature of this excess (true signal of new physics or just a statistical fluctuation).

The LHC collected much more data this year and in August ATLAS and CMS experiments published their new results at ICHEP based on roughly 15 $fb^{-1}$ of data. It appears that the excess is now gone. 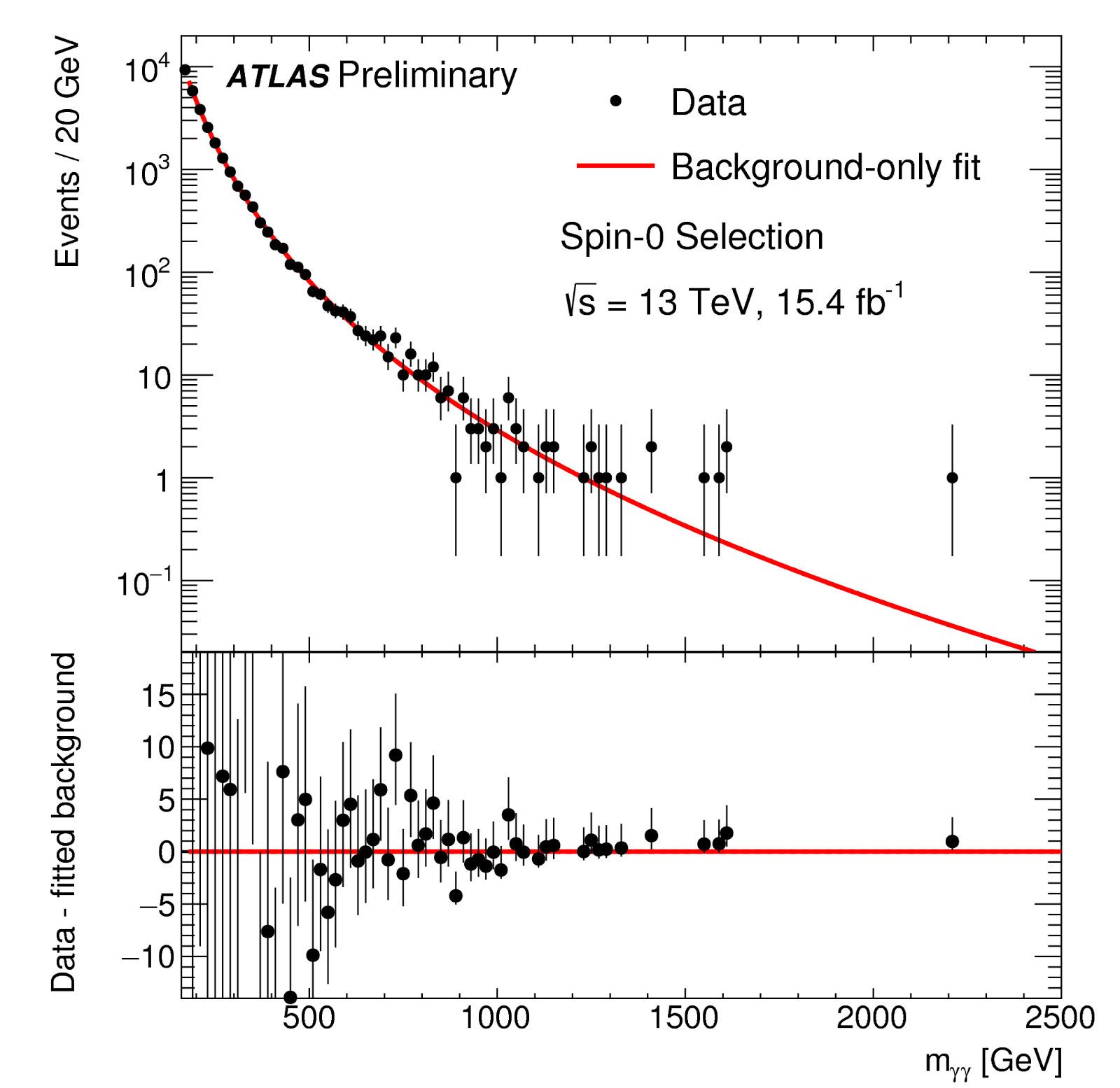 Not the answer you're looking for? Browse other questions tagged particle-physics experimental-physics higgs large-hadron-collider beyond-the-standard-model or ask your own question.

4
What's the recent released 750GeV particle's spin?
3
How the LHC bump can be a mere coincidence?

5
What does the LHC do afterwards?
6
What are the advantages of the ILC over the LHC?
4
Remaining Potential Experimental Particle Physics Discoveries at the TeV Scale?
8
What if the 126 GeV particle found at LHC that LOOKS like the Higgs is actually not the Higgs Boson?
5
Higgs Boson: The Big Picture
9
Impostor Higgs?
5
Has neutrino mass been verified experimentally?
3
Have we ruled out the Minimal Supersymmetric Standard Model (MSSM)?